When it comes to barbecue, the first things that come to mind are probably Southern-style, Korean, and maybe even Japanese yakitori, but a new contender is making its way to the forefront of Toronto's BBQ scene.

Over the past year, an influx of restaurants specializing in skewered eats has put a spotlight on China's highly popular but, up until now, fairly unknown barbecue culture.

Chuan'r, pronounced 'chwar', actually dates back centuries, spreading from the Uyghurs in Xinjiang across northern China. 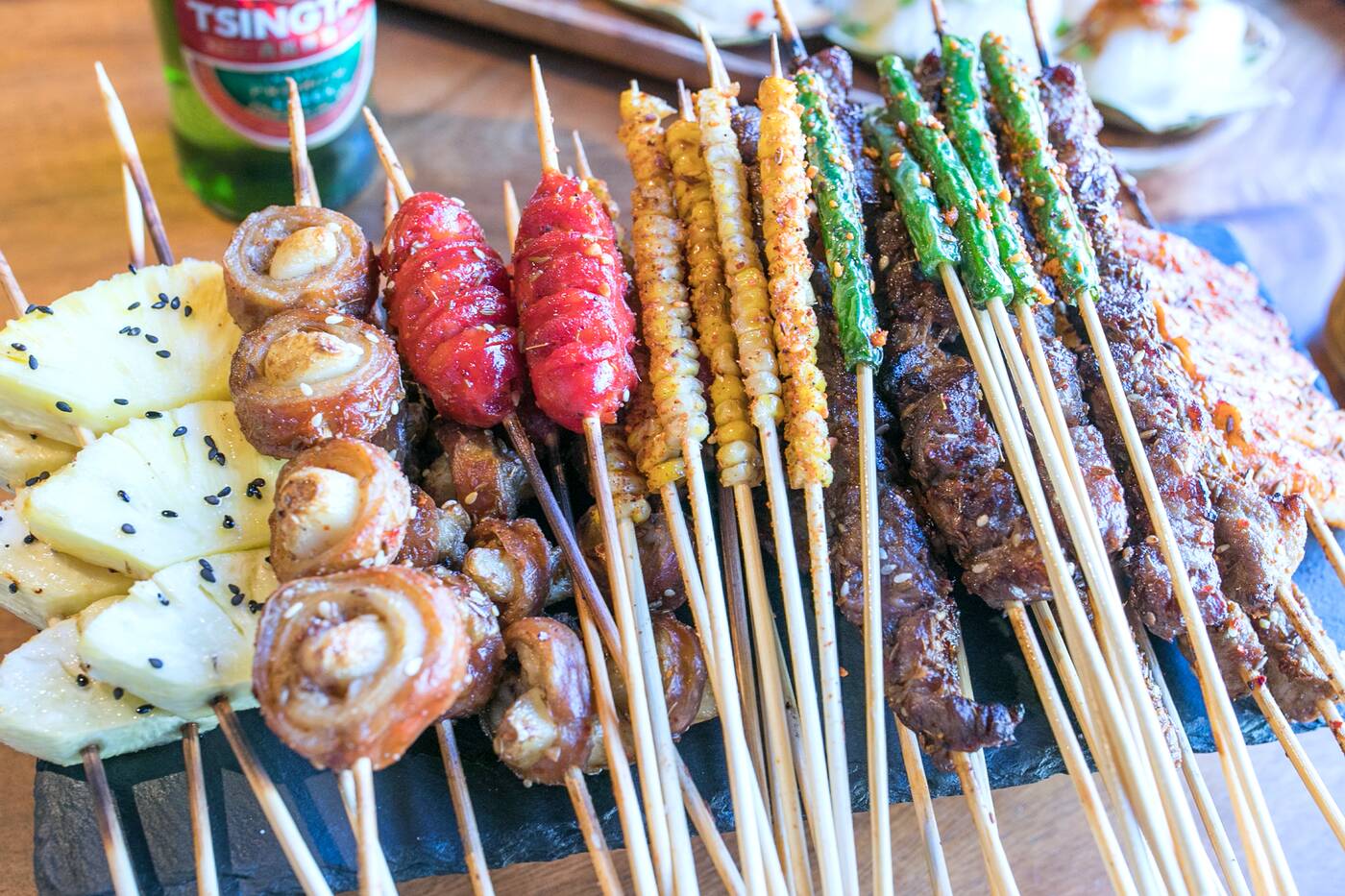 Chat Bar was the first restaurant in Toronto to focus solely on Chinese-style skewers. Photo by Fareen Karim.

Synonymous with social drinking culture, these skewers are essentially small kebabs, piercing anything from traditional lamb meat to veggies, seafood, and even bugs.

What started as street food has evolved recently into more formal restaurant fare, where groups of people can gather around piping hot sticks cooked over charcoal, and bottles of beer.

It's an easy concept to get behind, and become so popular worldwide that chuan'r has made its way to Toronto in the form of a handful of restaurants that have all launched in quick succession.

Chat Bar, which opened its first location on Silver Star Boulevard in 2015, was the first chain in Toronto to focus solely on Chinese skewers.

It's expanded to three locations, including a flagship that opened this month, paving the way for chains like the grasshopper-skewering Long Time No See, which first launched in August and already has locations in North York and in Chinatown.

"Before I did this restaurant, Canadians didn't really know Chinese barbecue," says Chat Bar owner September Deng. "In our hometown, people eat it at least once a week." 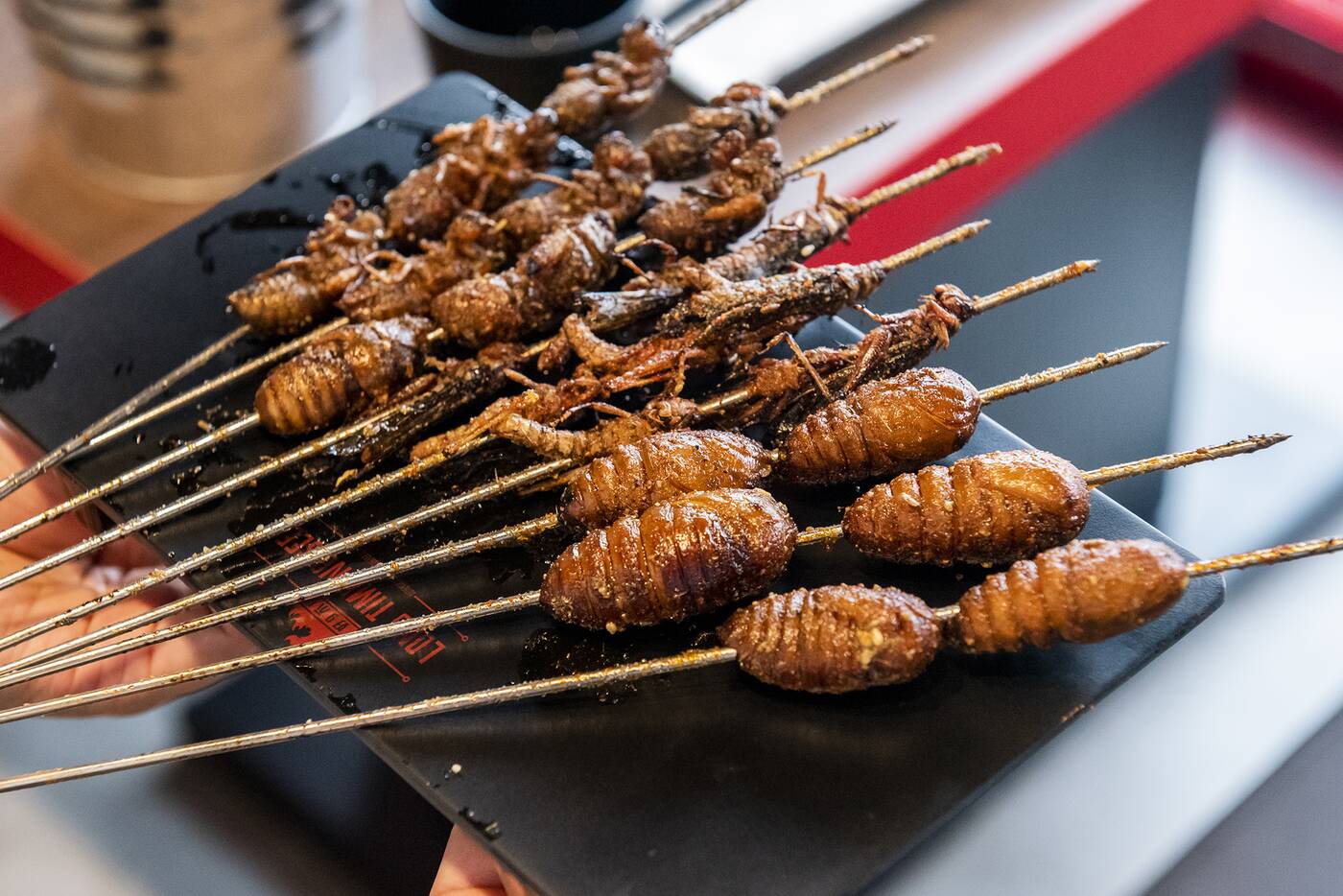 Long Time No See in Chinatown has skewered bugs on the menu. Photo by Hector Vasquez.

Unlike some chuan'r restaurants in China, Toronto skewers aren't cooked tableside: they're prepared by cooks in the back overtop charcoal fires, and kept hot in front of customers via a small grill, heated up by candles.

When it comes to DIY cooking, hot pot is still the most recognized type of wintertime Chinese cuisine, but Deng think that will change, especially given that many of the new skewer restaurants are a combination of the two.

In the last few months, restaurants like Chinatown's Xiaobiandan, Roadside Picnic a few doors down, and Kungfu Hotpot Skewer on Woodbine Avenue, have all launched with menus of hot broth and dippable skewers.

The convenience of the sticks puts the act of fishing for lost cooked items with a metal ladle to shame, proving that anything consumed with your hands, preferably off a stick, is the best way to eat.