The Office Pub shut down by Toronto health inspectors

A popular Toronto pub in the Entertainment District has been closed down because of a health hazard — a.k.a. bugs.

The Office Pub on John Street was forced to shut down yesterday after failing its Public Health Inspection. According to the DineSafe report, the pub had a total of five infractions.

The most minor infractions included failing to keep their equipment clean and in good repair. The report also cited a failure to protect against the breeding of pests. 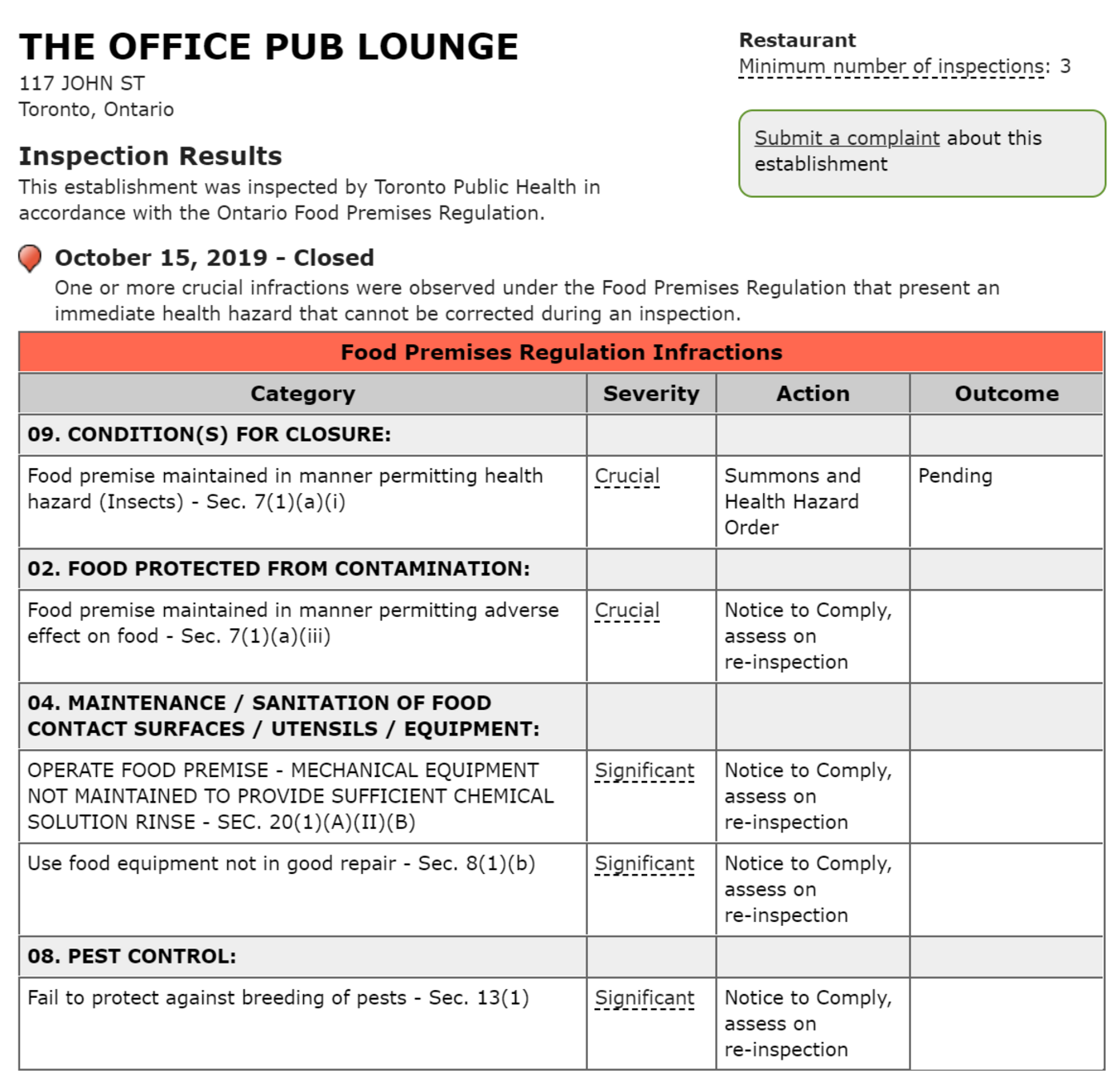 The pests in question: insects, apparently. The Office Pub's biggest offence was its failure to maintain its premise properly, permitting some kind of bug to infiltrate the space.

It's not the first time this John Street post-work hangout has failed its pest control tests, with three other instances over the last year of significant infractions in that department.

It should be noted that the Office Pub does have a second spot on King with a much better DineSafe record.