Someone in Toronto is selling smoked ribs from his backyard

A 63-year-old man is selling homemade smoked ribs and brisket out of his backyard.

Alex Grigonis wakes up at 6:45 a.m. every Saturday morning to start the weekly eight-hour cycle of smoking brisket. The ribs take four hours to smoke — short in comparison.

Since June 8, he has been opening up his backyard near Dupont and Dufferin streets to the public every weekend from 12 p.m. to 7 p.m. His ribs are cheap at $12.5/pound and his prime brisket is $30/pound. 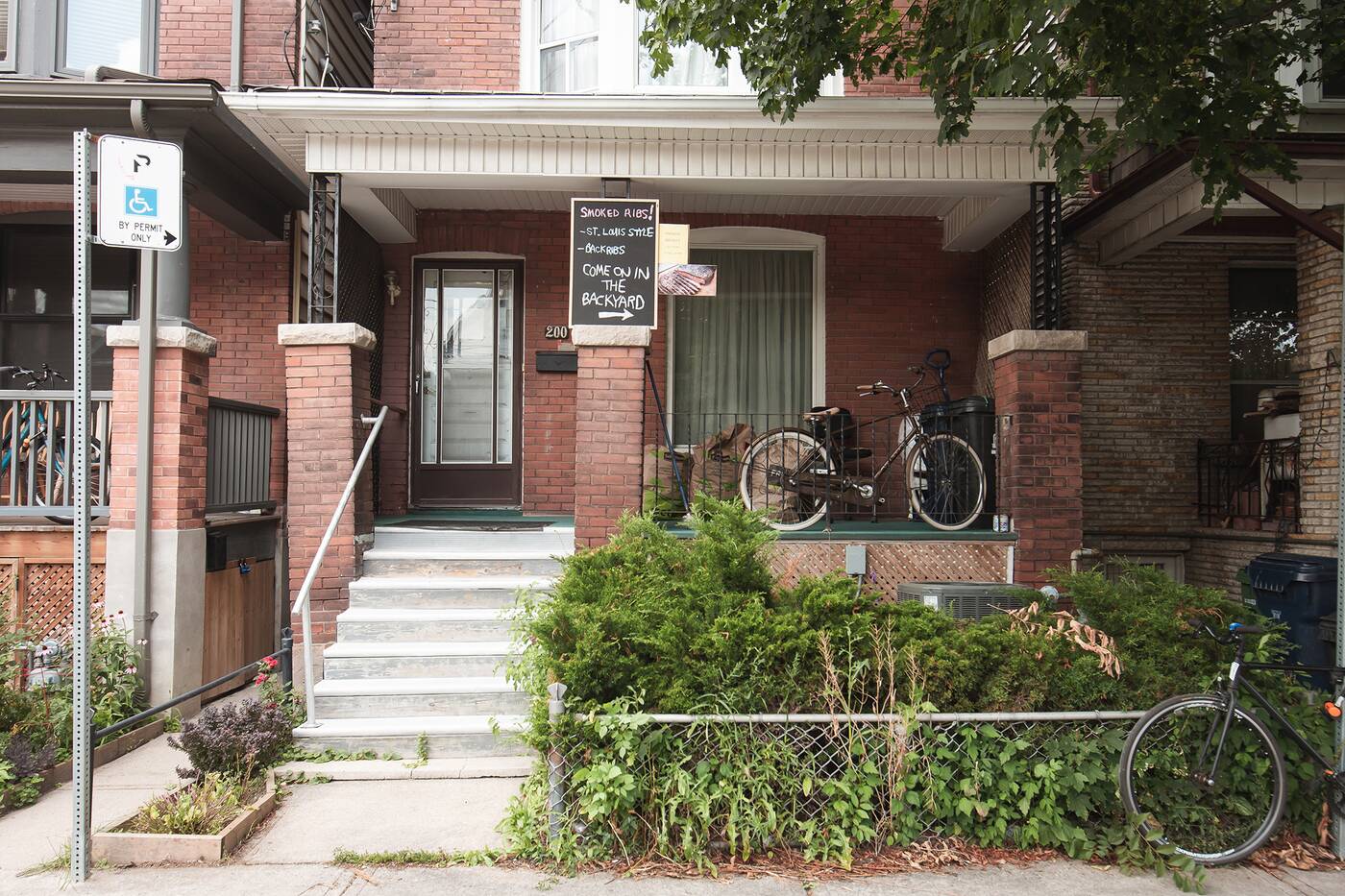 Gringonis' house where he smokes ribs in the backyard.

The endeavor began when Grigonis posted a chalk sign on his veranda and stapled printouts on street poles letting the neighbourhood know he was selling smoked meat. Now, his ribs attract up to 20 people on a given Saturday or Sunday.

This started off as a hobby. Grigonis' cousin from South Carolina introduced him to smoking ribs, so he bought a package on sale from No Frills one night to cook for friends.

One of his guests said the ribs were better than anywhere in the city and suggested he should start selling them out of his backyard. So, he did. 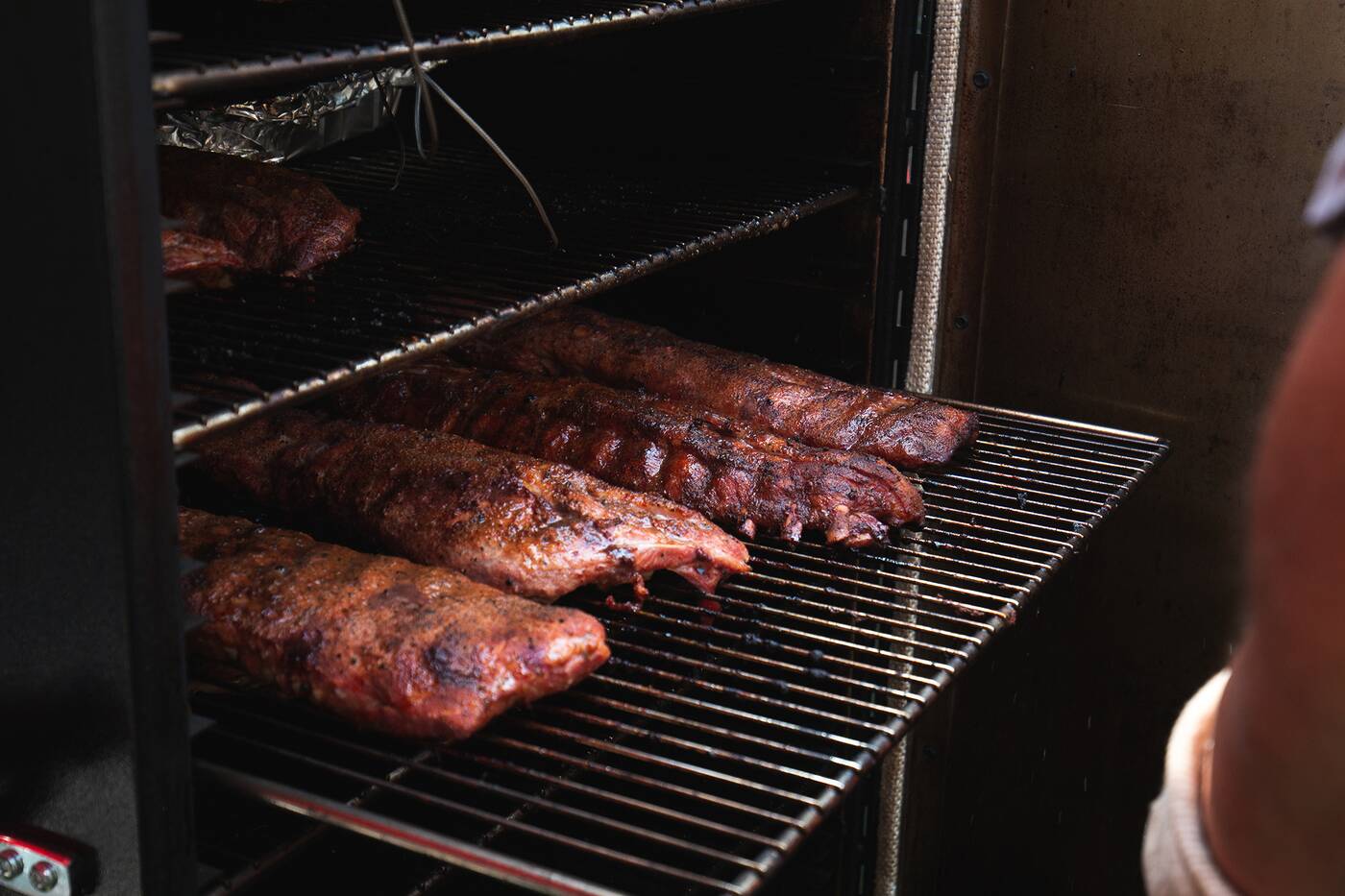 At the beginning of June, Grigonis registered online as a business with the Ontario government, but he’s not concerned about health inspection regulation.

“Most of the food trucks out there aren’t as clean as my place is,” he said.

“I figure if boy scouts can sell apples without a license, I can sell ribs,” he added.

Just a month ago, he was writing his phone number on ripped pieces of paper so that customers could order ahead of time. Now, he has his own business cards and is hoping to participate in a rib fest or start a catering company. 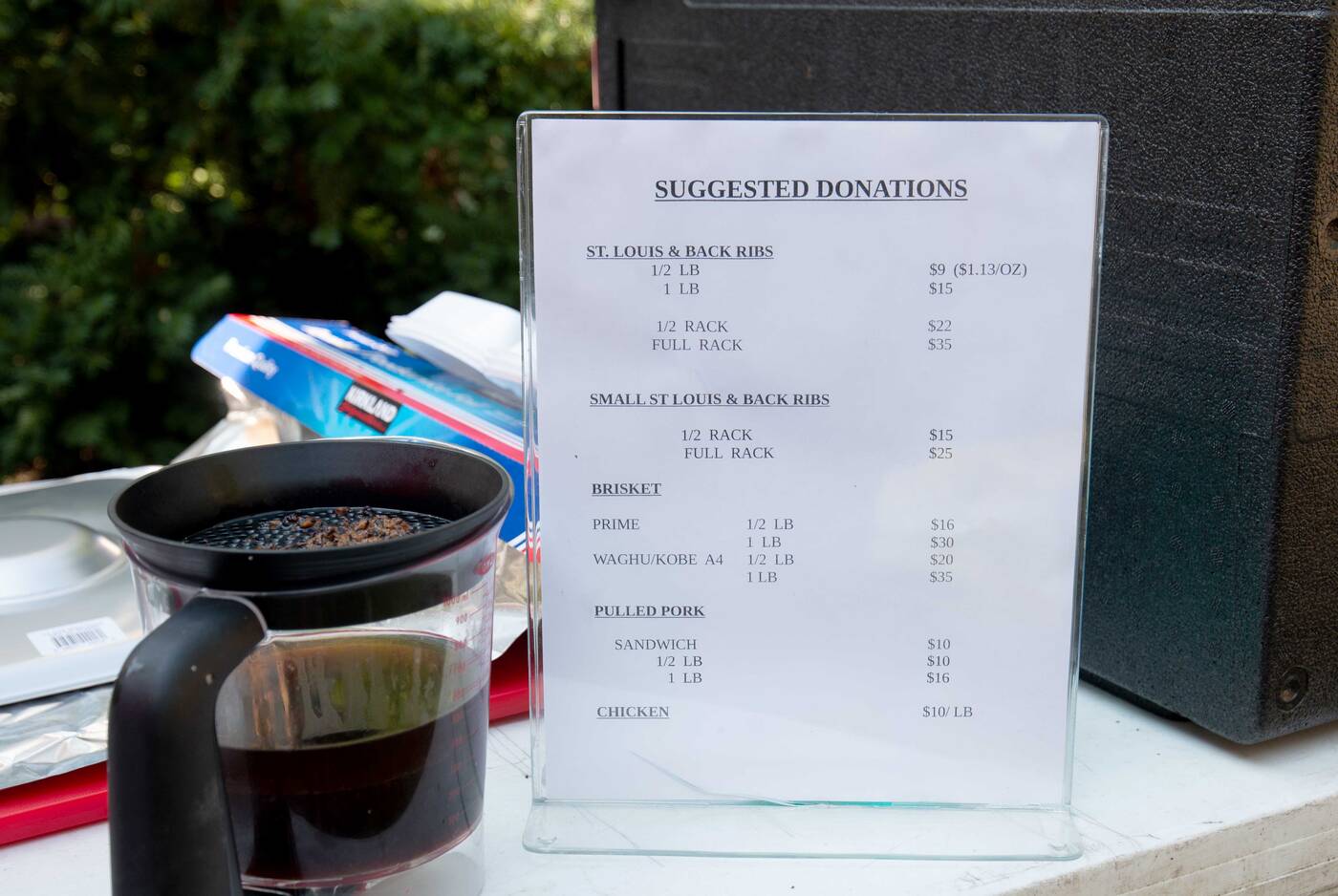 The menu along with suggested prices.

If weather permits, Grigonis wants to run his backyard business until the end of October.