Apple picking near Toronto is a fall ritual that makes for a great excuse to get out of the city. Inhale some crisp, fresh air while picking fruit that just tastes better because you plucked it from the branch with your own two hands.

Here are some places to go apple picking near Toronto.

This is more than an orchard, it's a rite of passage. This hit with kids in Halton Hills was first opened to the public in 1967, and now they grow dozens of varieties of apples to pick in their orchard, such as Mutsu, Silken, Wealthy and Sunrise. They also have their very own bakery just down the road.

In operation for over 30 years, you can pick apples at this Hampton farm, and pick up some fall raspberries and pumpkins while you’re at it.

This strawberry and apple farm in Inglewood provides complimentary bags that hold up to 20 pounds of apples for a $29 flat price. Cortland, Gala, Northern Spy, Red Fuji and many other apple varieties are available from around mid-September until around November.

About half an hour away from Toronto, this Brampton farm lets you pick Jona Gold, Fortune, Cortland, Wealthy, Royal Gala and Empire apples among other varieties, and they also grow vegetables.

Have a more adult-oriented apple-picking adventure at this winery where you can pick up cider and apple wine in addition to picking your own Cortlands, Spartans, Paula Reds, Sweet Sixteens and Ambrosias, typically starting in September.

There are 21 varieties of apples to pick right off trees that are specially kid-sized at this farm, including Ida Reds, Melbas, Spartans, Empires and Russetts.

This King City farm in operation for over 40 years allows you to pick your own apples and also does wagon rides.

Apple picking typically goes on from around August until October at this orchard in Caledon where trees range in age from two to 40 years old. Prices start at $18 for 10-pound bags.

Pick apples until mid-October at this winery that has let people do so since 1983. "Orchard monitors," the ability to drive your car into the orchard and flags clearly marking the day's best picking make this one of the more luxurious pick-your-own experiences.

This cute low-key orchard allows you pick your own Granny Smith, Smoothie, Tolman Sweet and Rhode Island Greening apples. They also have wagon rides, cider, a "barn beam walk" and sunflowers to take selfies with.

Thanks to Strongbow Canada for sponsoring this post. Strongbow has a new Rosé Apple Cider and it's the perfect drink to pair with any Summer day. Made with real red-fleshed apples, beautifully pink, crisp and effervescent, this is truly Rosé to the core. To learn more, click this link to visit https://www.strongbow.com/en-us/apple-ciders/rose 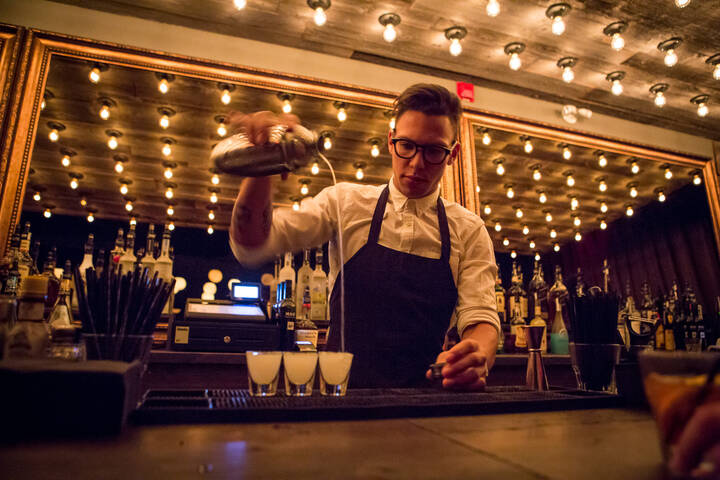 Toronto bars will be open two hours later this weekend

Car smashes through front window of No Frills in Toronto

White Claw to be available for pre-sale exclusively in Toronto

One of Toronto's favourite sushi burrito joints shut down by landlord

Toronto pub shut down by landlord over rent