One of Chinatown's newest bubble tea shops was broken into early Sunday morning, where thieves robbed the store of equipment, a safety box, and a few thousand dollars in cash.

Security video footage from inside Answer Tea shows the break-in, which happened around 5:50 a.m. Sunday.

Two thieves are captured shattering the shop's glass door before walking in and behind the counter, where they proceed to raid the cash register and fill their bags with the store's electronic tablets.

Both robbers then rush to the back to the office, where one of them tries to kick the door in before using a device to pry and force it open.

They stole thousands of dollars in electronic equipment and cash. pic.twitter.com/QcuZBoWIKX

"It only took three minutes to get in and leave through the back door," says store owner Dylan Wu. "The police say [the robbers] have been there several times before."

Within that short amount of time, the thieves managed to steal nearly all the store's valuable electronic devices.

Wu says the store has a backup tablet, and Answer Tea's chain headquarters in China will also be sending over some new machinery soon.

Both robbers were also captured on camera attempting to kick down the door of Answer Tea’s office before breaking in. pic.twitter.com/MAckscMiSF

No arrests have been made, and according to Wu, police say they'll be hard to identify, since both thieves were wearing gloves, along with hats and hoodies to conceal their faces.

It's unclear whether this robbery is related to an incident that occurred several days prior. Wu says the store's front window was randomly broken by a young man early one the morning. 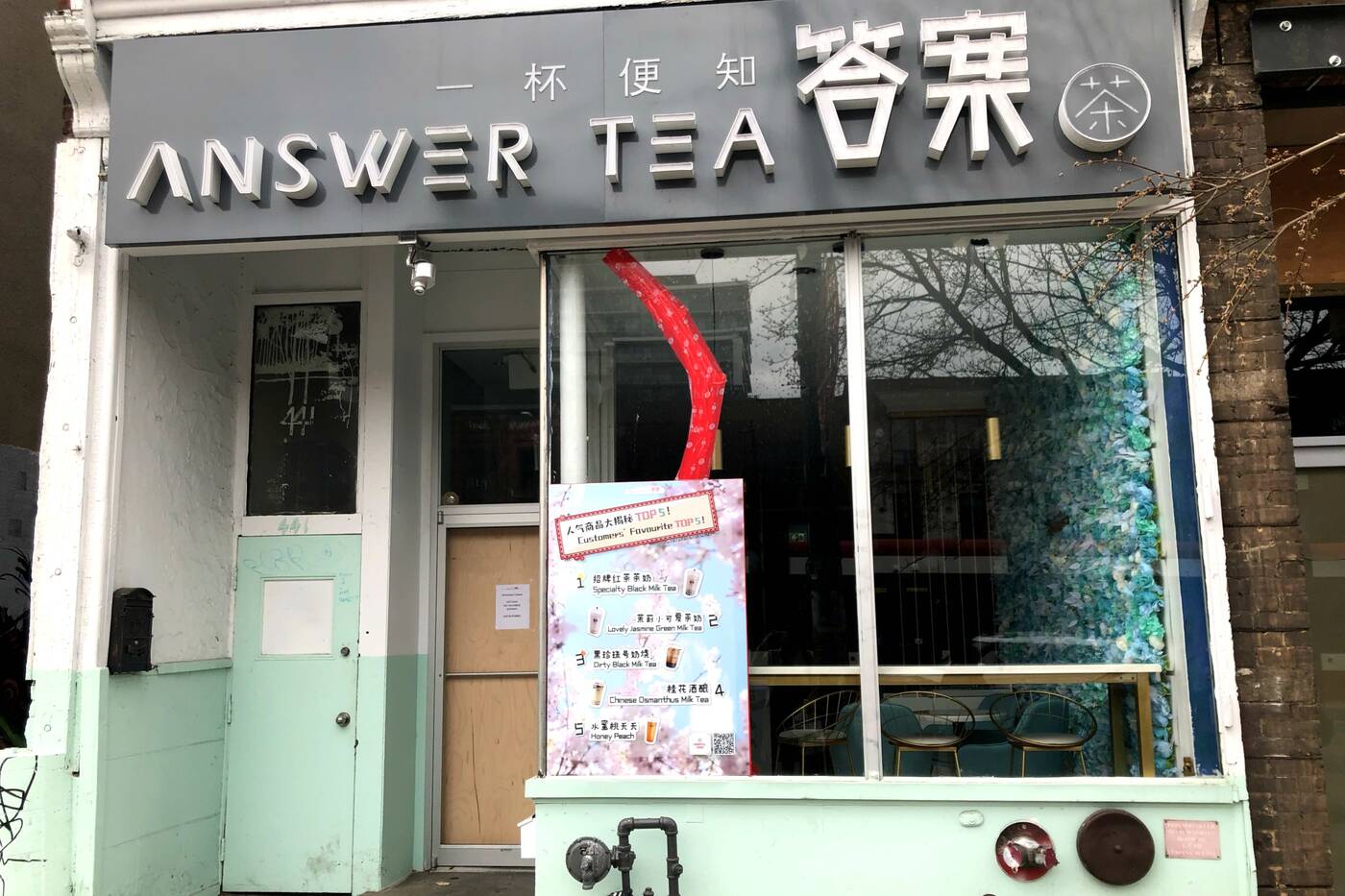 Nothing was stolen and no arrest was made in relation to that case. As of right now, Answer Tea is still up and running, but with a temporary wooden door.

Wu says he had already been planning to re-do the storefront, so he's taking the opportunity to close the store for repairs starting April 15, re-opening on April 30.