VIP Billiards & Karaoke Lounge, located at 842 College Street, is the establishment in question.

A Toronto woman named Nicole (who did not want her last name publicized) learned of the bar's strongly-worded cocktail menu on January 3 when her boyfriend, a patron, snapped a photo with his phone. 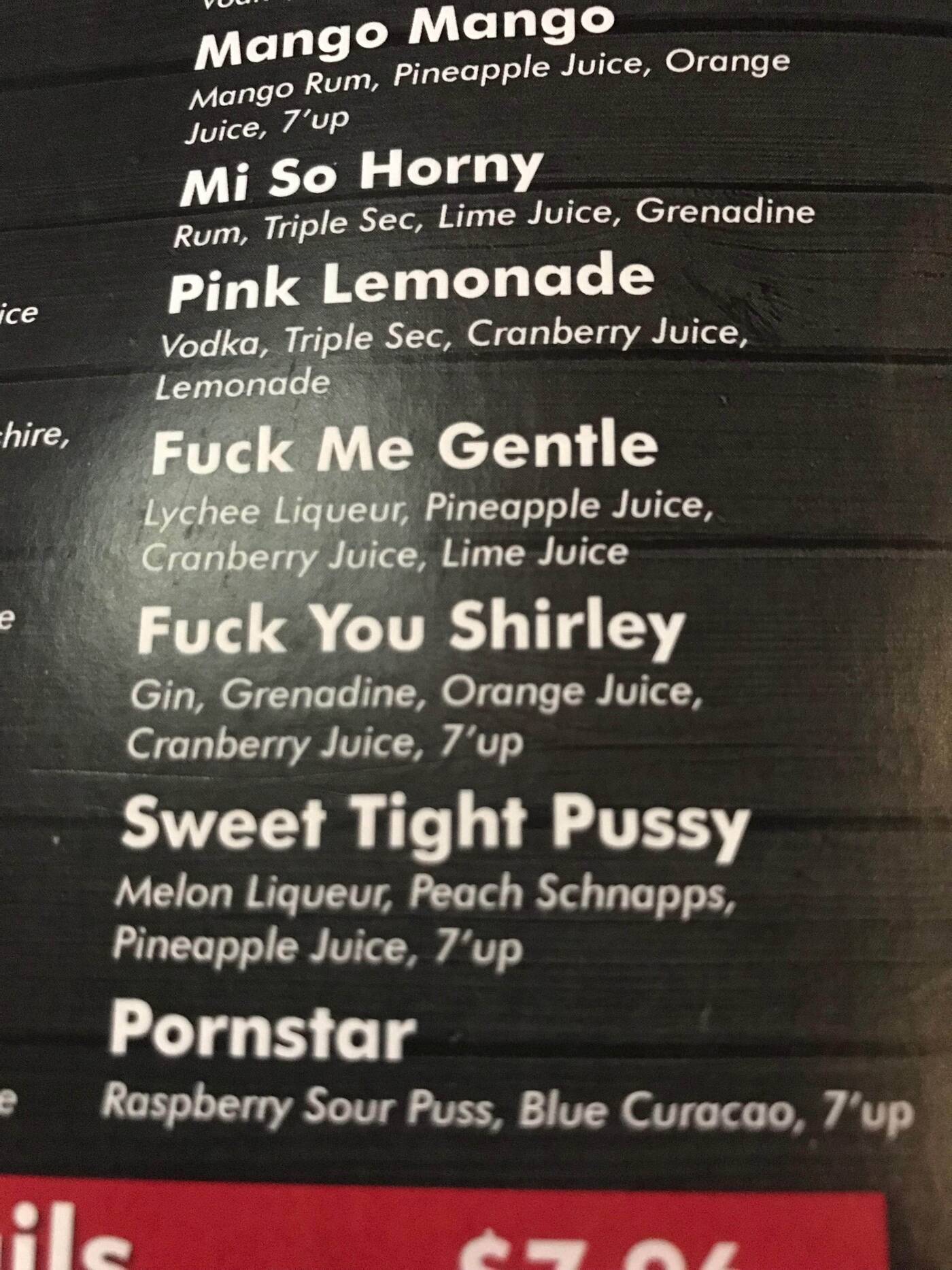 Nicole was appalled by what she calls a "racist and misogynistic drink menu" and, after taking some time to process what she saw, decided to speak out against it.

"The 'sweet tight pussy' is so misogynistic and in poor taste along with some other names," she added, referring to drinks such as the "bend me over" and "fuck me gentle."

She is not the first person to have shared such a photo of the menu, as an Instagram geolocation tag shows.

I’ll take one of each

The bar's manager was unable to address questions about the menu by phone, and its owners have yet to respond to multiple requests for comment.