Few things define Kensington Market more than the bins of nuts and fruits jutting out onto Baldwin Street outside Salamanca Dry Foods Store.

The longtime Peruvian grocery store has been selling dried figs, medjool dates and packs of yerba mate tea for 42 years, and its collection of bulk food dispensers has sat beneath its faded turquoise awning for almost just as long.

For the past few months, however, the bins have been nowhere to be found. And according to Salamanca's owner, Vicky, they might not come back.

Since January of last year, Salamanca has been faced with a new yearly fee of $700 to keep their iconic display out front.

It's part of a bylaw surrounding the Boulevard Marketing Permit—the application for the permit is $93.45 alone—which allows businesses to operate an outdoor marketing stall. 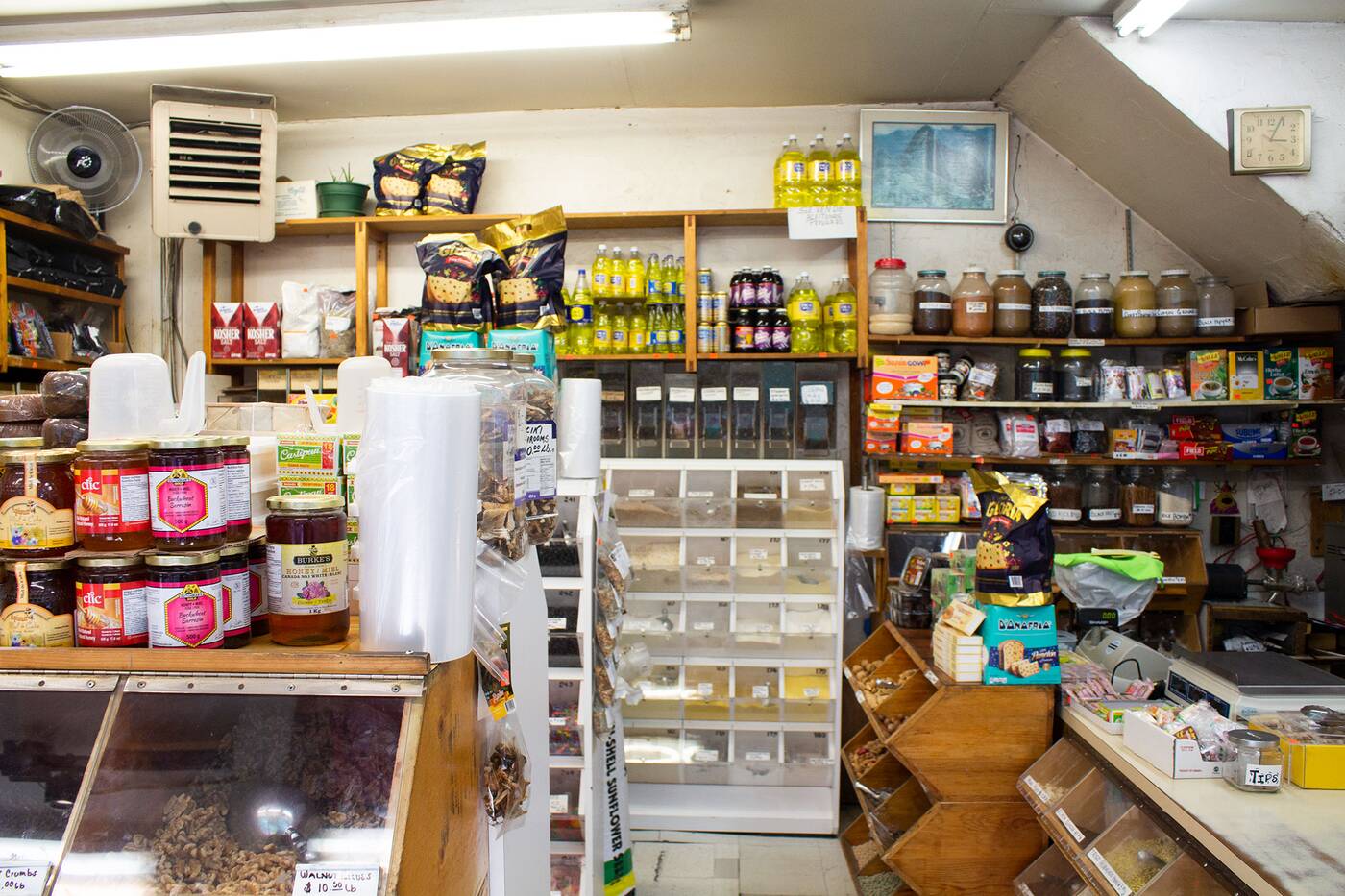 Salamanca has been operating its food bins outside its store for decades until recently.

Salamanca had previously been paying for a much cheaper legacy permit before Vicky took over operations from her uncle Pablo Cahuas, who first opened the store decades ago.

The bylaw was recently been updated and now demands increased prices and new limits on the minimum distance from the street. And according to Vicky, there's been a marked increase of inspections in the Market the past year or so.

On top of the requirements for a new fireproof and waterproof awning (the cheapest is around $4,500), the cost of smaller bins to fit the one-metre distance rule (about $2,000), insurance, and necessary renos on the store's floor, an outdoor stall just doesn't seem feasible.

"It is hard," says Vicky. "That's why we are losing Kensington Market."

The City has made a public effort to preserve the Market's historic integrity with its Kensington Market Heritage Conservation District Study by freezing demolitions in the area, and has even acknowledged the importance of outdoor stalls as part of the Market's history.

"As a social enclave and market space, the district has long supported diverse and alternative cultural expressions and practices," says the conservation study.

"These began with Jewish market in the 1910s, when methods of buying, selling, and displaying goods stood in stark contrast to those of other markets and commercial areas of Toronto."

But, at the end of the fiscal day, the freeze might just all be for show.

Though the stalls are part and parcel of Kensington's "distinctly vibrant, colourful, and chaotic character," rising property prices and changing bylaws make it impossible for longtime businesses to keep them afloat.

Beloved features like Salamanca's outdoor nut and fruit shop might be a thing of the past, if Vicky isn't able to get things figured out by the summer.

"Kensington is changing," she says. "That's why [the] city is losing the heart of Toronto."