It turns out the strange new screen that just popped up in Corktown is, in fact, a pizza joint.

Pizza Forno just opened up a location at 535 Adelaide Street East, and it's the most innovative way to order pizzas in Toronto right now.

Just to be clear, it's not actually a store—there's no seating or even humans to speak of here. 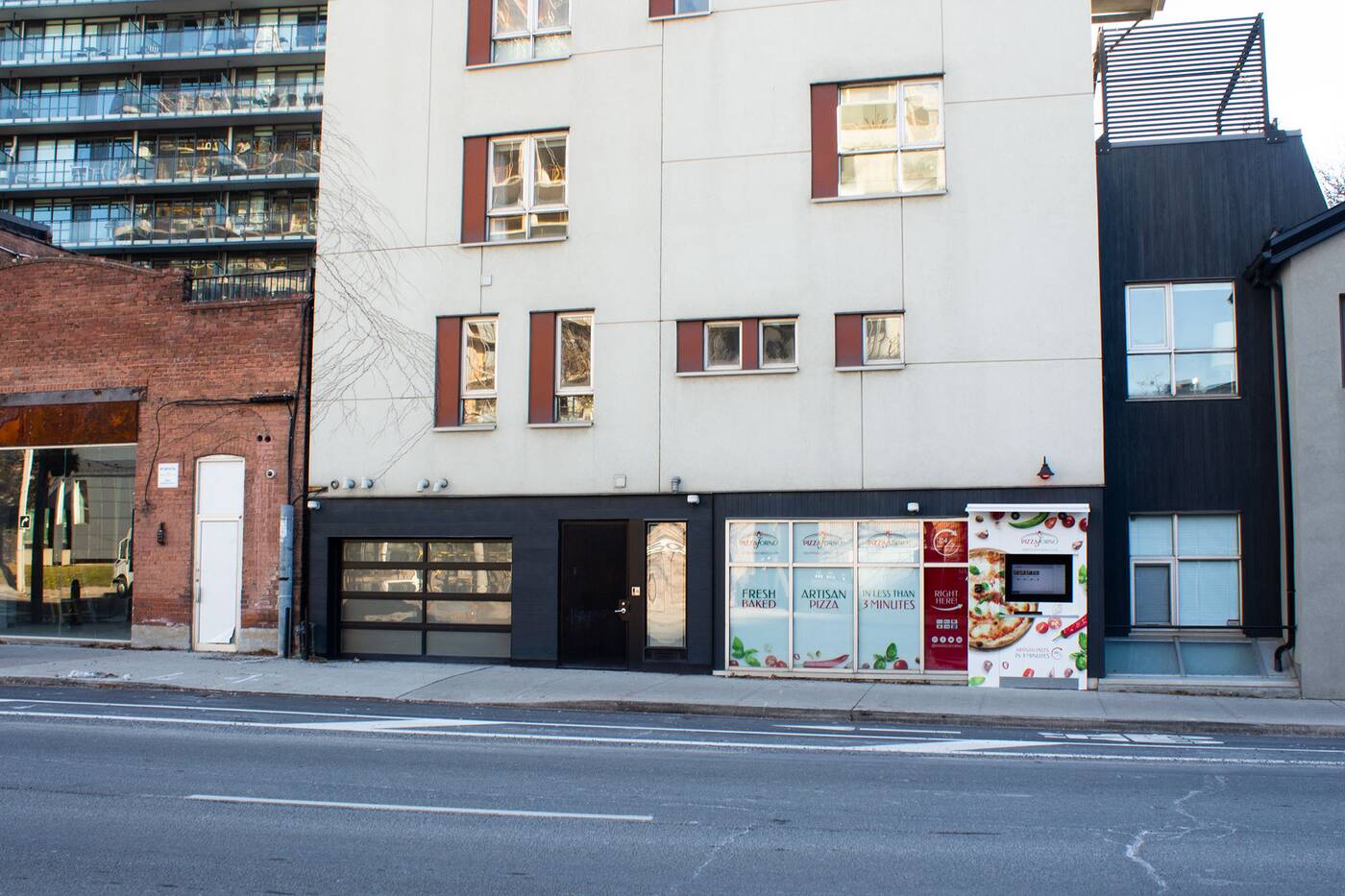 This invention from Brampton-based equipment company TFI Food Equipment Solutions is somewhere between an ATM machine and the DIY screens at McDonald's, letting its customers to order pies from a screen in the wall.

That's just to start; according to Pizza Forno, Les Tomlin, there's future plans for a menu of ten different types of pizza.

Pizzas are obviously not made to order: there's about 70 ready-made pies in the automated pizzeria, imported daily from Pizza Forno's commissary in Vaughan.

The orders are non-customizable, meaning the machine is able to assemble, box, and pop out your order from a little slot, all within three minutes.

It's card-only payment, and prices range from $13 to $16 for a hot boxed pizza, and $1 less for cold pizzas which you can take home and heat up yourself.

The best part about the whole thing might be the fact that the machine is open 24/7, unlike most other pizzerias which require actual humans.

This convenient contraption is the only location of Pizza Forno right now, but according to Tomlin, you can expect ten more screens popping up in the downtown core by the end of January 2019.