Toronto cafe calls out customers who used it as home office

“Two entitled boys walk into a cafe” may sound like the beginning of the most annoying joke ever, but it’s the beginning of a caption on an Instagram post from a local cafe, which has since been taken down.

Apparently one of two men who figured it would be no big deal if they had a meeting in Gloria Espresso without buying a single thing posted a negative Google review of Gloria’s after they were asked to purchase something, or else they would have to leave.

The review has also since been taken down, but the gist of it is that a Gloria’s customer who had been loyally coming to the shop for nine whole entire months decided to try and come into the cafe to “discuss goals with a friend without buying anything.”

Citing “brand loyalty” as an excuse for the lack of purchases and complaining that the cafe cared more about the three dollars they usually charge for a cup of coffee, the upset customer said they wouldn’t be returning to Gloria’s.

Gloria’s responded to the Google review by explaining that it simply isn’t fair for people who aren’t buying anything to take up space in the cafe that could be enjoyed by paying customers. 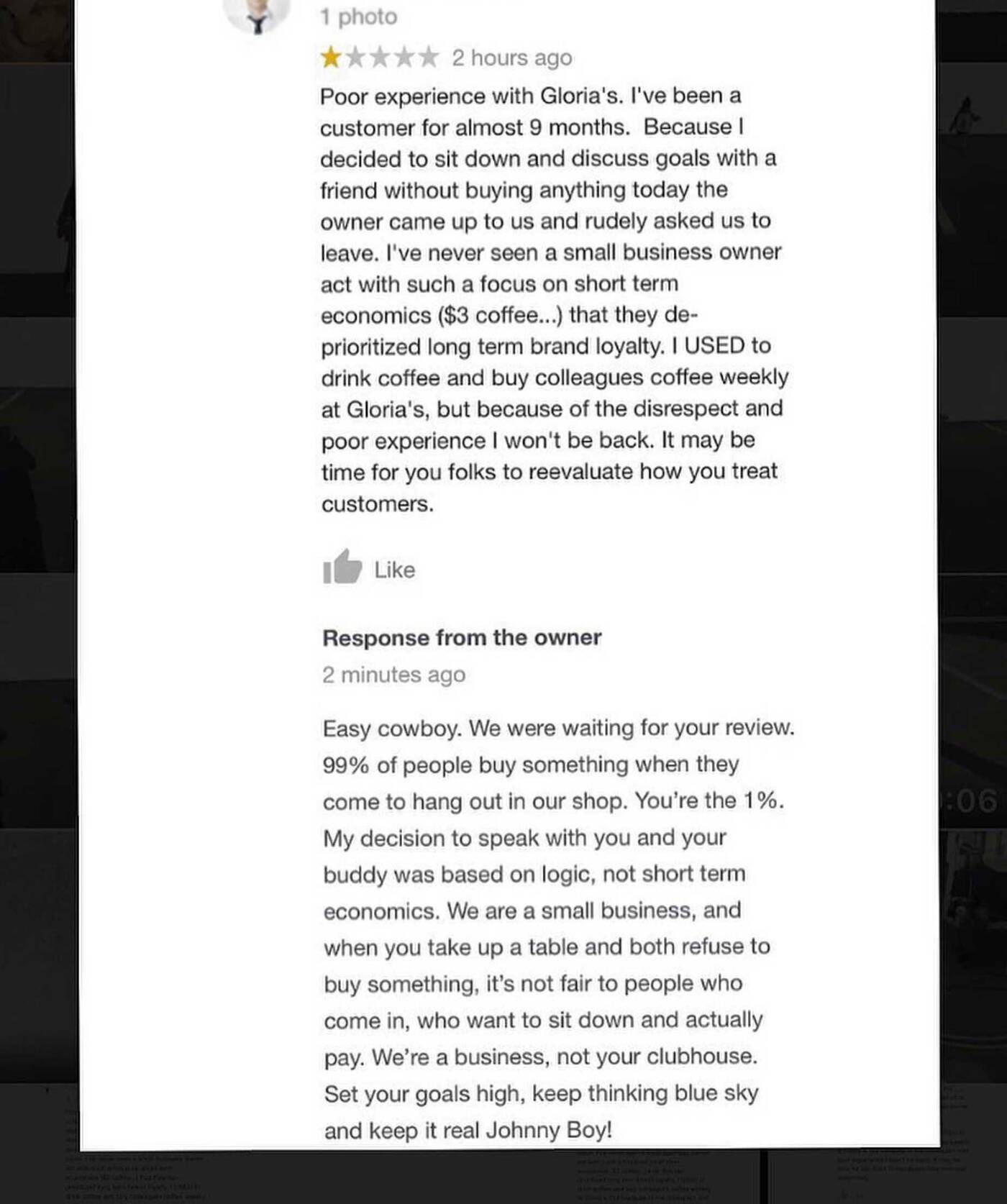 Screenshot of the review left on Google and response from Gloria Cafe.

“People walk through our doors for dozens of reasons, and it's not always to buy something. We happily accept that this is part of having a space in the city, and everyone is welcome. But we do have limits,” says Gloria owner Bryan Sherry.

“We're never opposed to people hanging out at our shop, on a laptop for hours, even if they've just purchased a small coffee for $1.50. We knew this when we joined the industry, and it happens all the time. We're a coffee shop, not a high end restaurant. It's part of our business, we love it and we're totally fine with it.”

However, if you’re thinking of attempting to cop some free office space for a couple hours, head to a park or the library down the street, because Sherry won’t hesitate to ask anyone else who tries something similar to cut it out again.