A brand new iteration of 'Kings' is gearing up to open in the heart of Toronto's restaurant-packed Pape Village, right where the now-defunct King's Bar & Grill once stood, and King's Park Souvlaki Place before it.

That's right, after spending a few years as a Chicago-style eatery, the space at 919 Pape Avenue (another cursed location, maybe?) has once again been transformed.

This time, it'll open as Kings Drive-In and serve "burgers, shakes, fish + chips and more." The owners are going for a retro drive-in vibe with Coca-Cola branded tables, based on what's been posted to Facebook so far, but the logo and branding scream "30 jalapeño cheese sliders, please." 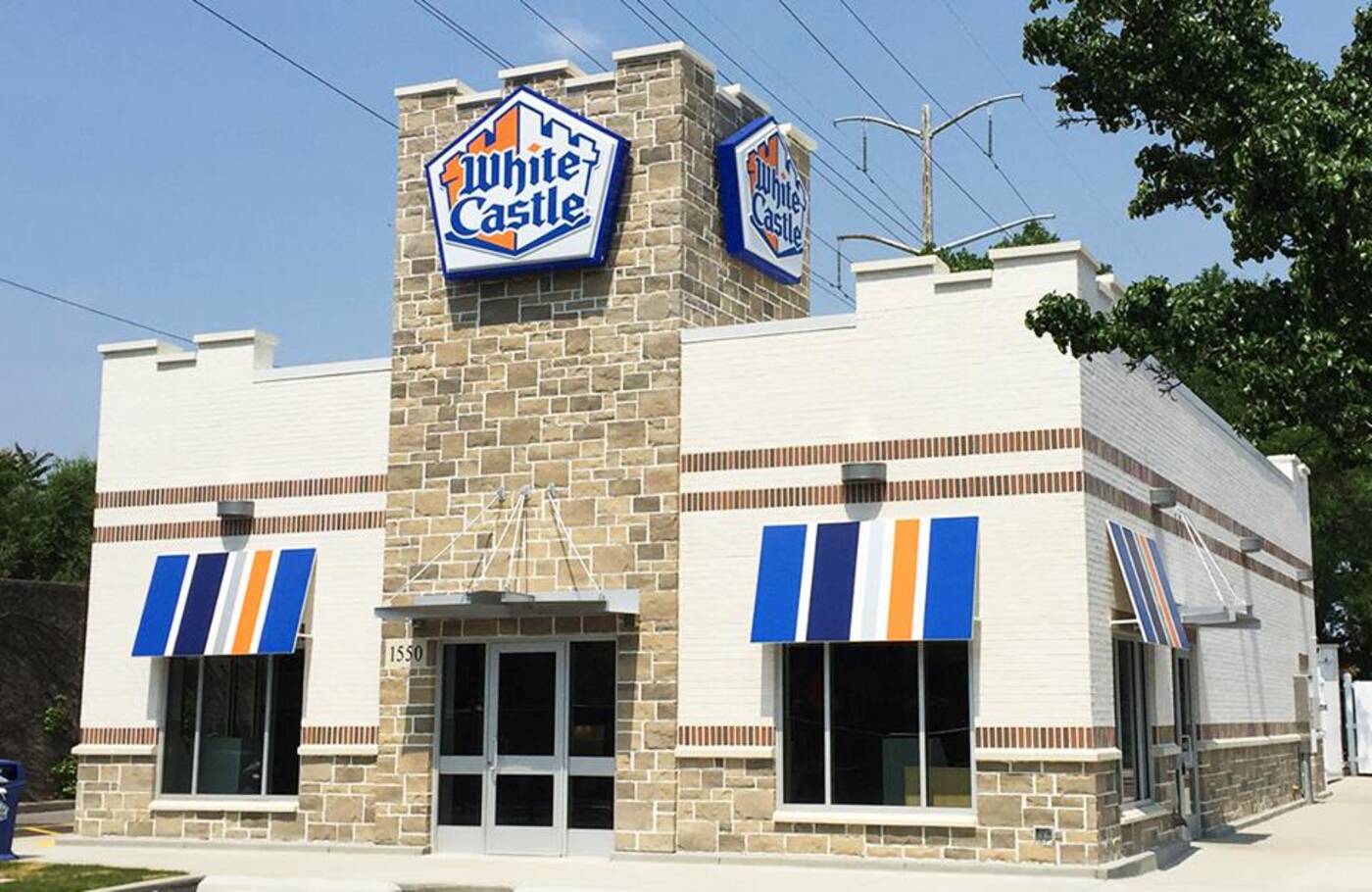 I mean, it's uncanny. From the newly-built parapet to the orange and white pentagon logo, Kings Drive-In is (aesthetically) a White Castle clone.

One could be forgiven for thinking the American burger chain is finally coming to Toronto, given the colour scheme and shape of the building itself.

Sadly, however, the iconic hamburger chain is still a U.S.-only privilege, with the exception of one store in Shanghai. 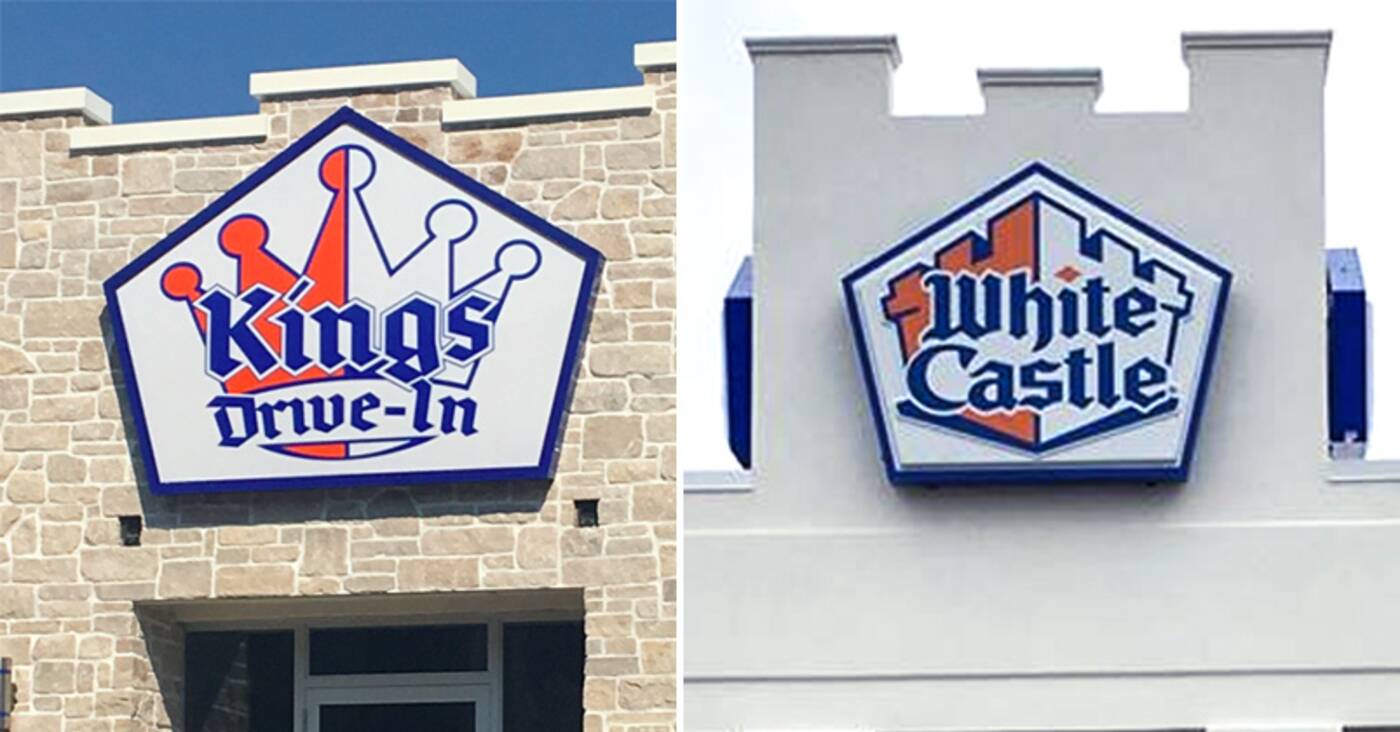 Kings Drive-In isn't billing itself as a straight-up hamburger joint, but the branding similarities with White Castle are unmistakable. Composite image via blogTO and White Castle.

If Kings Drive-In can somehow nail the taste of a White Castle slider — a burger that has almost 100 years of history behind it — then lucky for Toronto.

If not, all the better for Kings.