Toronto is getting the ultimate back alley ice cream pop-up

Toronto is finally getting the end-of-summer ice cream event it deserves, with flavours like "I'm Drake's cousin" served up exactly where you would expect: in an alley behind a bar off Ossington Avenue.

Toronto chef Grant Soto, known for his sometimes painfully-accurate Toronto-inspired Instagram "starter packs," has teamed with Ruru Baked to turn them into a reality with a one-day pop-up in the alleyway behind Oddseoul.

Ossington Ice Cream promises flavours like "OMG I LOVE LA (has been there once, bio says Toronto/LA)" (plum and ginger), "Bro, I'm getting out of bitcoin and into cannabis" (melted chocolate) and "He's not my sugar daddy he's just helping me start my business" (vegan mango).

"It just came out of the Mark McEwan ice cream story from a few weeks ago," said Soto. "People were messaging me about it like crazy saying 'you should do it!!!'"

There's even an "Ossington fucgurl/fucboi" specialty treat consisting of a "No Name ice cream sammie coated in everyone’s fav Pocky sticks (chocolate, strawberry, and green tea). It's dressed up in OFF-WHITE, to hide how basic it is," according to Ruru Baked's Instagram.

Grammy-award nominated singer Daniel Caesar has also given his blessing for the "Excuse me, but I'm friends with Daniel Caesar"-flavoured treat (blueberry crumble). 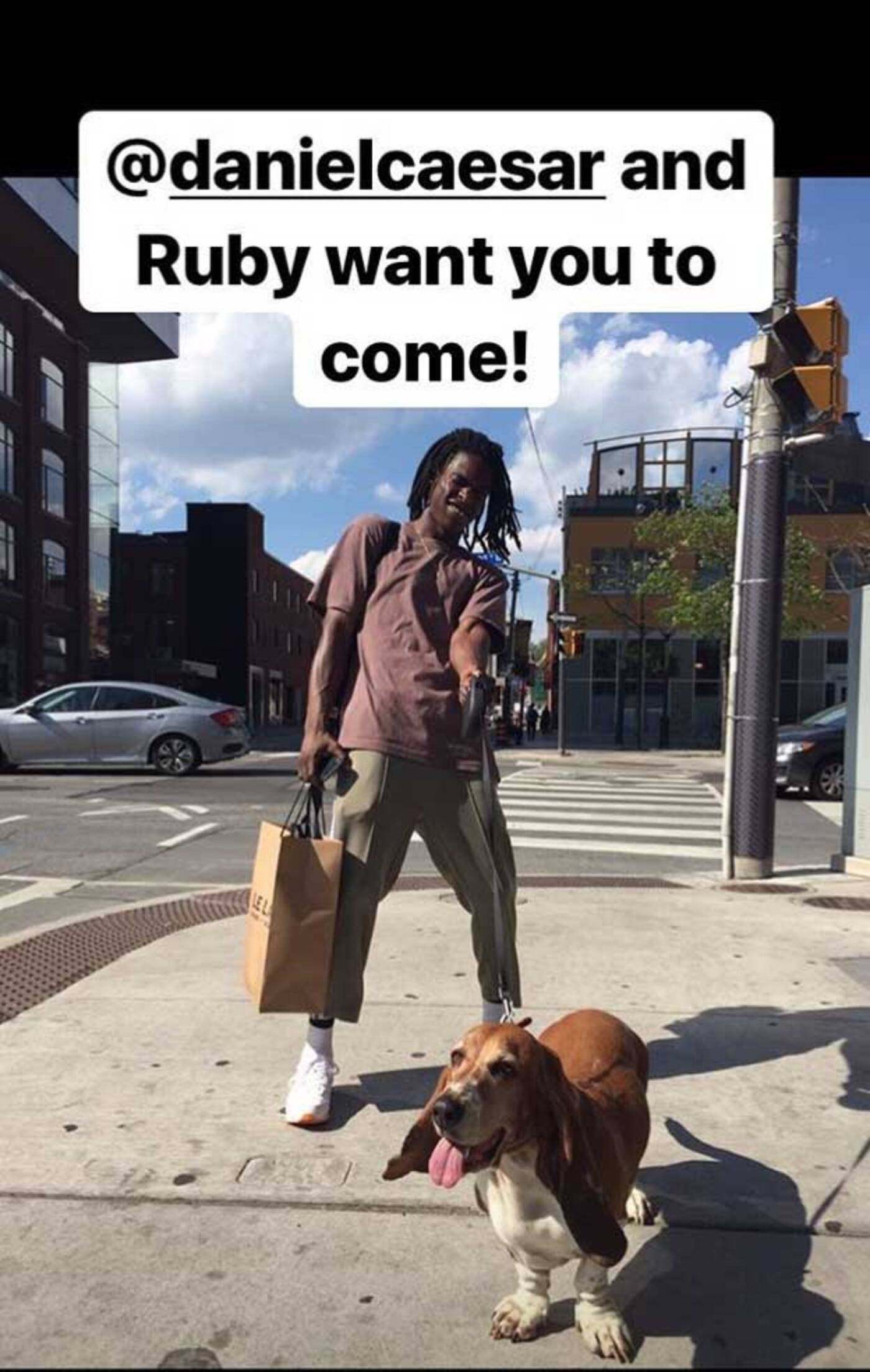 Daniel Ceaser being cute with Ruby the basset. Image courtesy of Grant Soto.

"He's awesome and has a great sense of humour, which is what this event is about," says Soto. "It's poking fun at ourselves."