Scattered around the downtown core are a handful of homegrown restaurants that, over the years, have grown to become some of the city's favourite brands for quick eats.

Restaurants like Porchetta & Co, Kupfert & Kim and Calii Love continue to make a killing at their locations on King and Queen Streets with healthy poke bowls, juices and signature porchetta sandwiches.

But when it comes to their stores in the subterraneous corridors of the Exchange Tower, these restaurants are faring less well than expected in the face of – surprise – big restaurant chains. 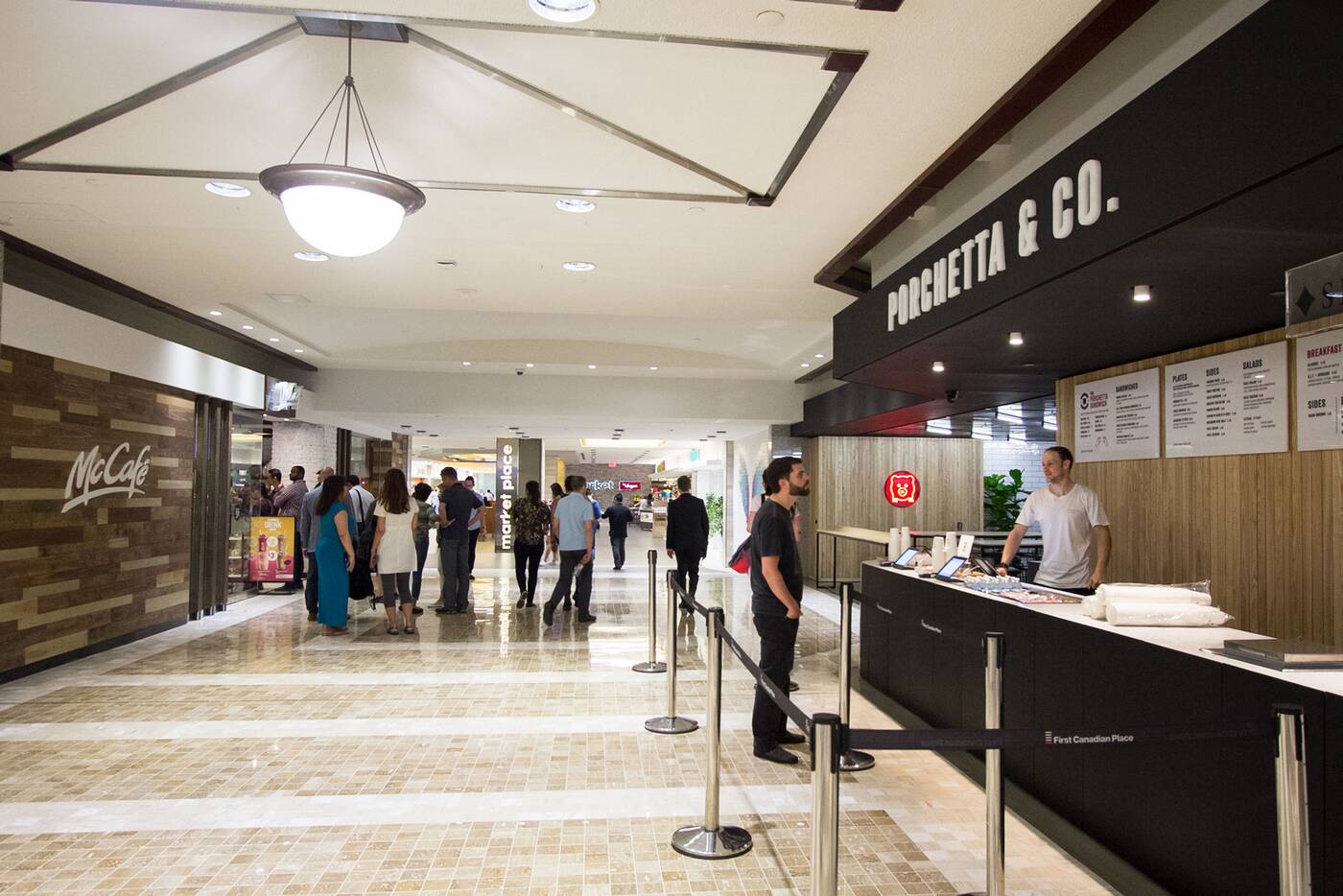 The lineups outside of McCafe are noticeably longer than the ones at Porchetta & Co.

Head to the concourse level of First Canadian Place on a weekday morning and you'll see the lines for McCafe's breakfast sandwich combos running out into the hall while directly across, the stanchions at Porchetta & Co look comparatively barren.

The only location of Porchetta to carry breakfast sandwiches, the restaurant's newly introduced buttermilk fried chicken sandwiches ($6.95) come directly in competition with McDonald's famous Egg McMuffin sandwiches, which are just $2.79.

And as far as lineups are concerned, it's clear which product is consistently dominating the Exchange Tower food court. 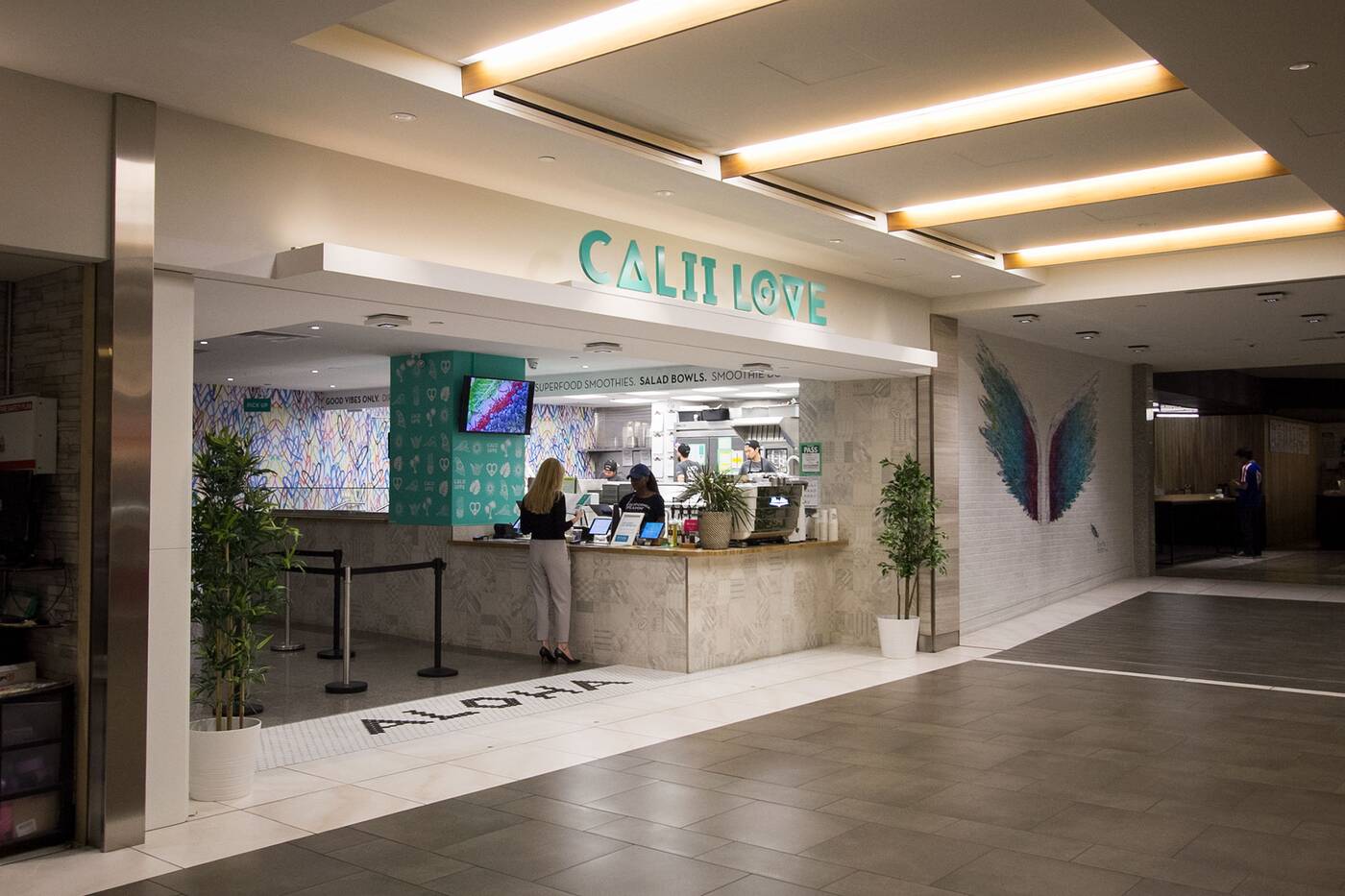 Calii Love's Exchange Tower location is much less busy than its store on King West.

Further down, Calii Love faces the same issue in its first summer at the shopping complex.

Dan says the higher price points at Calii can be off-putting for customers who are more used to the cheaper, frozen-ingredient products like McDonald's fruit smoothies, which cost $3.39 compared to Calii's $8.95 superfood smoothies full of plant proteins and chaga.

"For us, we are small and focusing on quality ingredients, so price points are going to be a bit higher." 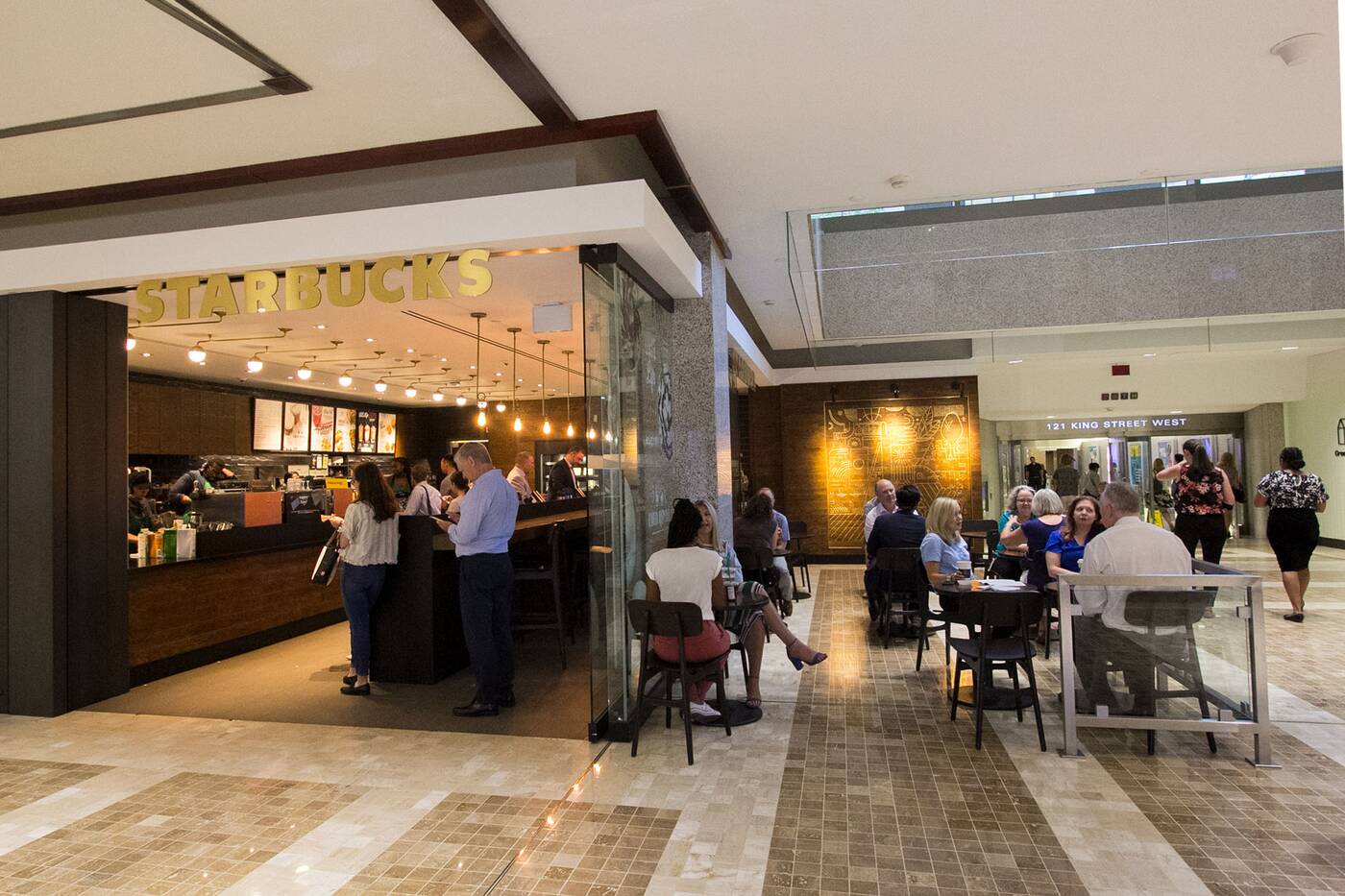 The Starbucks in First Canadian Place is consistently busy at all times of the day.

Both newly opened, Calii Love and Porchetta & Co are learning a new breakfast and lunch business model – the food court one – where earlier closing times, weekends off, and direct competition from chains with more capital can pose a real threat.

While the cost of McDonald's occasional $1 coffee promotions can easily be swallowed by the fast food giant, the same kind of customer-attracting gimmicks can't be achieved by the smaller competitors.

"From time to time we combat with deals through Ritual, but for us to completely reduce the prices as a business, we actually lose money," says Gunam. "Every sale matters because they can push us out with bigger marketing."

Still, he says the challenge is good, and proximity to traffic eventually increases sales, even if its trickle off from Starbucks or McDonalds.

"Competition is always good, it just keeps you growing and innovating in new ways."

Time will tell if these independent restaurants will eventually gain their footing in the face of McDees and SBux big money.