You come at the king, you'd best not miss. The king is pizza. Pizza is king.

A Toronto-based hamburger chain is facing a world of hate on Instagram right now after producing a sign that suggests burgers are better than pizza — which alone is enough to bring up some pretty intense emotions.

What's really ticking people off, however, is where that sign was placed: outside, directly across the street from one of the city's most popular pizza joints.

THIS SIGN WAS PUT UP OUTSIDE @southstburger ACROSS FROM OUR AVENUE AND LAWERENCE LOCATION. WTF ?!?!? HEY @southstburger WHY YOU MAD HUH? AND WHO AT YOUR CORPORATE OFFICE APPROVED SUCH BUTT HURT ADVERTISING. WHOEVER OWNS THIS LOCATION HAS SOME SERIOUS SOUL SEARCHING. LOOK INWARD ON WHY YOU HAD TO MAKE THIS AD... MAYBE-CAUSE YOU DONT MAKE A GREAT PRODUCT? DONT HATE ON US GUYS! @makerpizza IS JUST A INDEPENDENT PIZZA SHOP TRYING TO MAKE THE BEST PIZZA WE CAN. WE DONT EVEN SELL BURGERS LOL #GTFO

Celebrity chef Matty Matheson noticed the sign yesterday on the sidewalk outside a South St. Burger location near Avenue and Lawrence.

Being that he recently opened a second location of Maker Pizza right across the street from that store, it felt a bit personal.

"Hey @SouthStBurger why you mad, huh?" he wrote in the caption of an Instagram post featuring the sign. "Who at your corporate office approved such butt hurt advertising?"

"Look inward on why you had to make this ad... maybe 'cause you don't make a great product?" he continued. "Don't hate on us guys! @MakerPizza is just an independent pizza ship trying to make the best pizza we can. We don't even sell burgers lol." 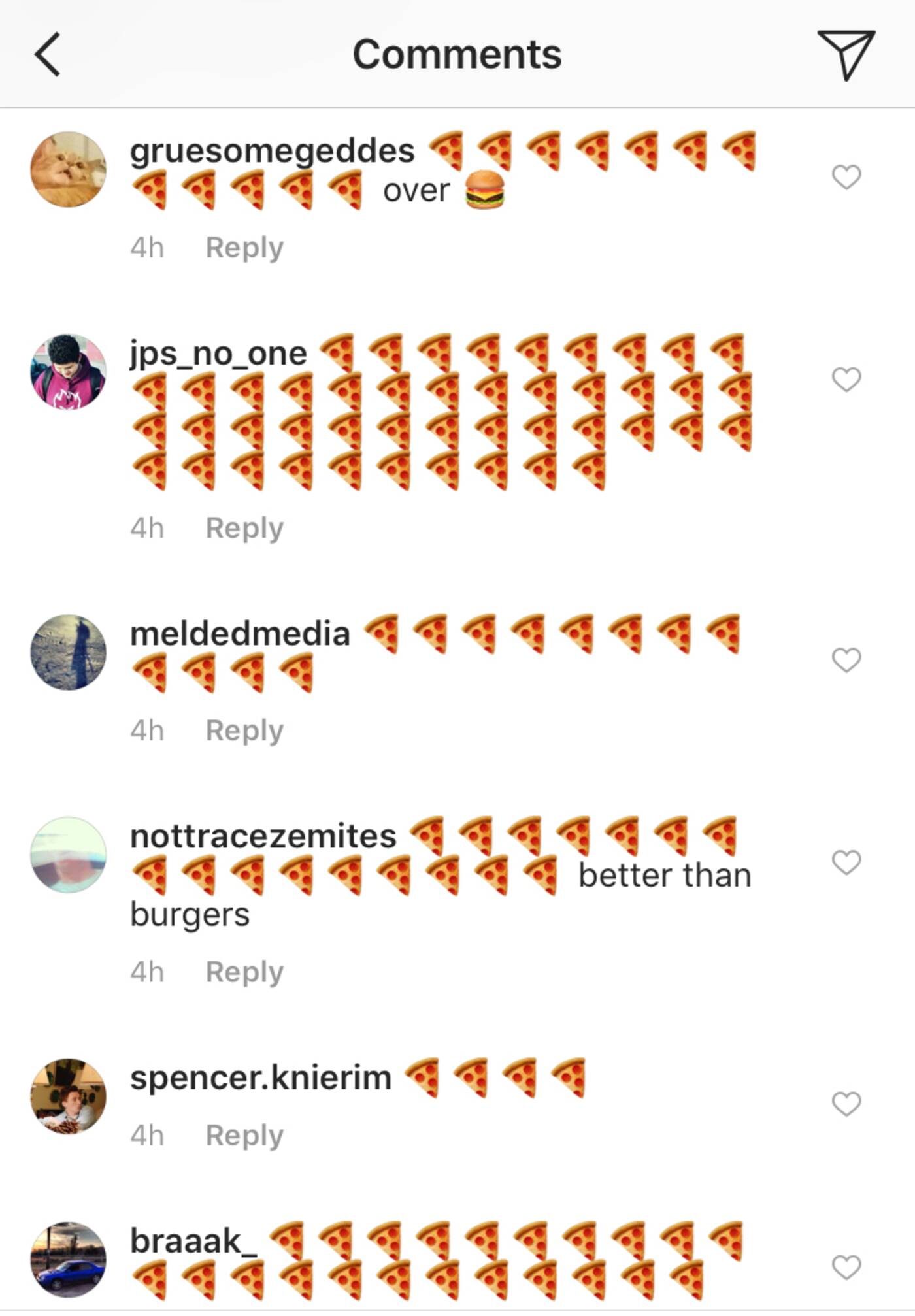 One post from Matheson was all it took to spark a veritable social media swarming.

Fans of his, of Maker, and of pizza in general have been spamming South St. Burger's Instagram page for the better part of a day now with — what else? — pizza emojis.

Hundreds of people have been hitting up old posts on the burger brand's corporate Instagram account just to fill the comment sections with pizza — similar to what Beyoncé stans do with bee emojis when they feel their queen has been slighted. 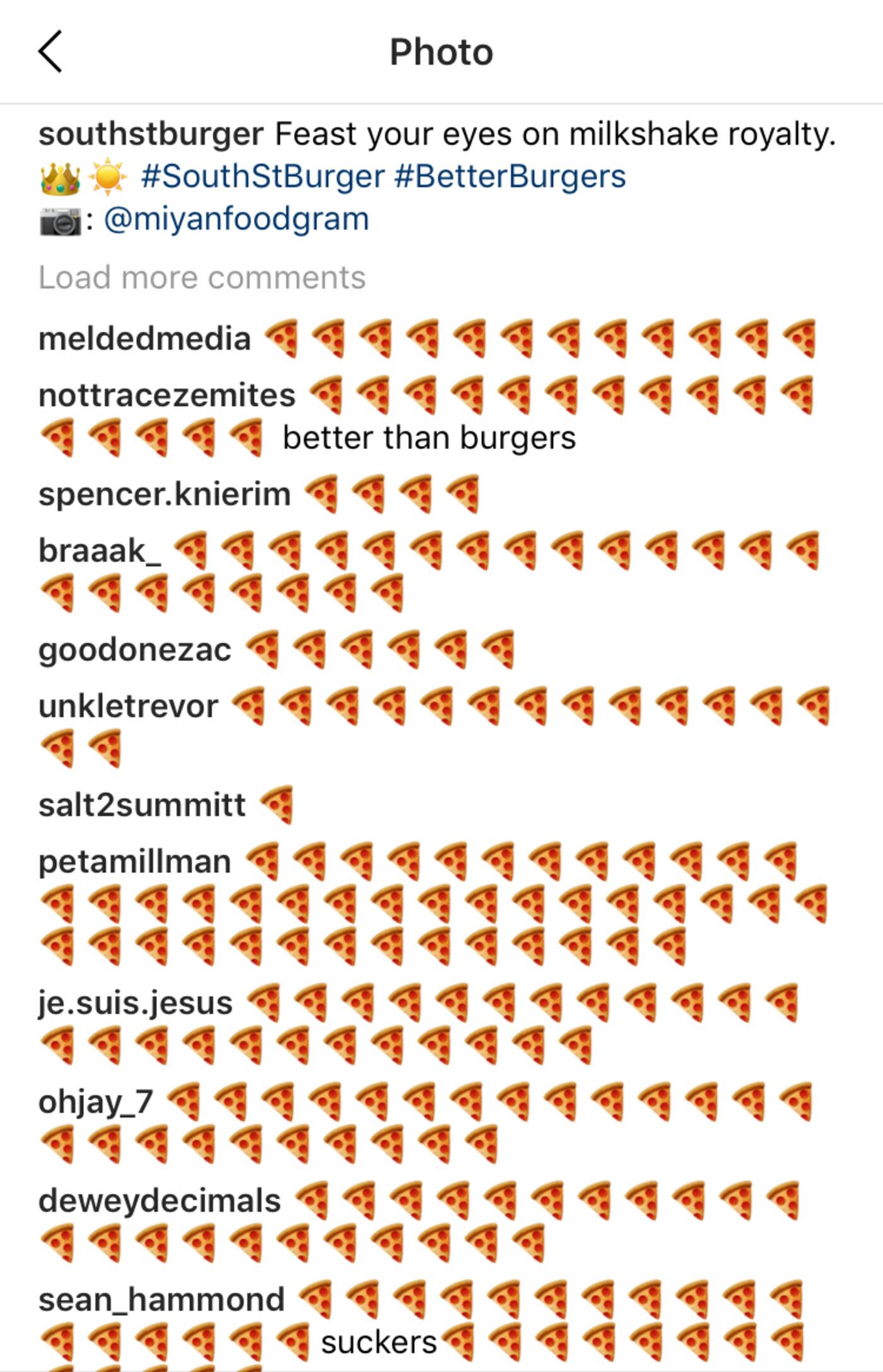 "See, the South St. Burger guys, they thought they were going to be funny with their ad," said the chef in a Stories video. "But all my dudes over here at the Maker, woo! We're lighting them up with all the pizza emojis!" 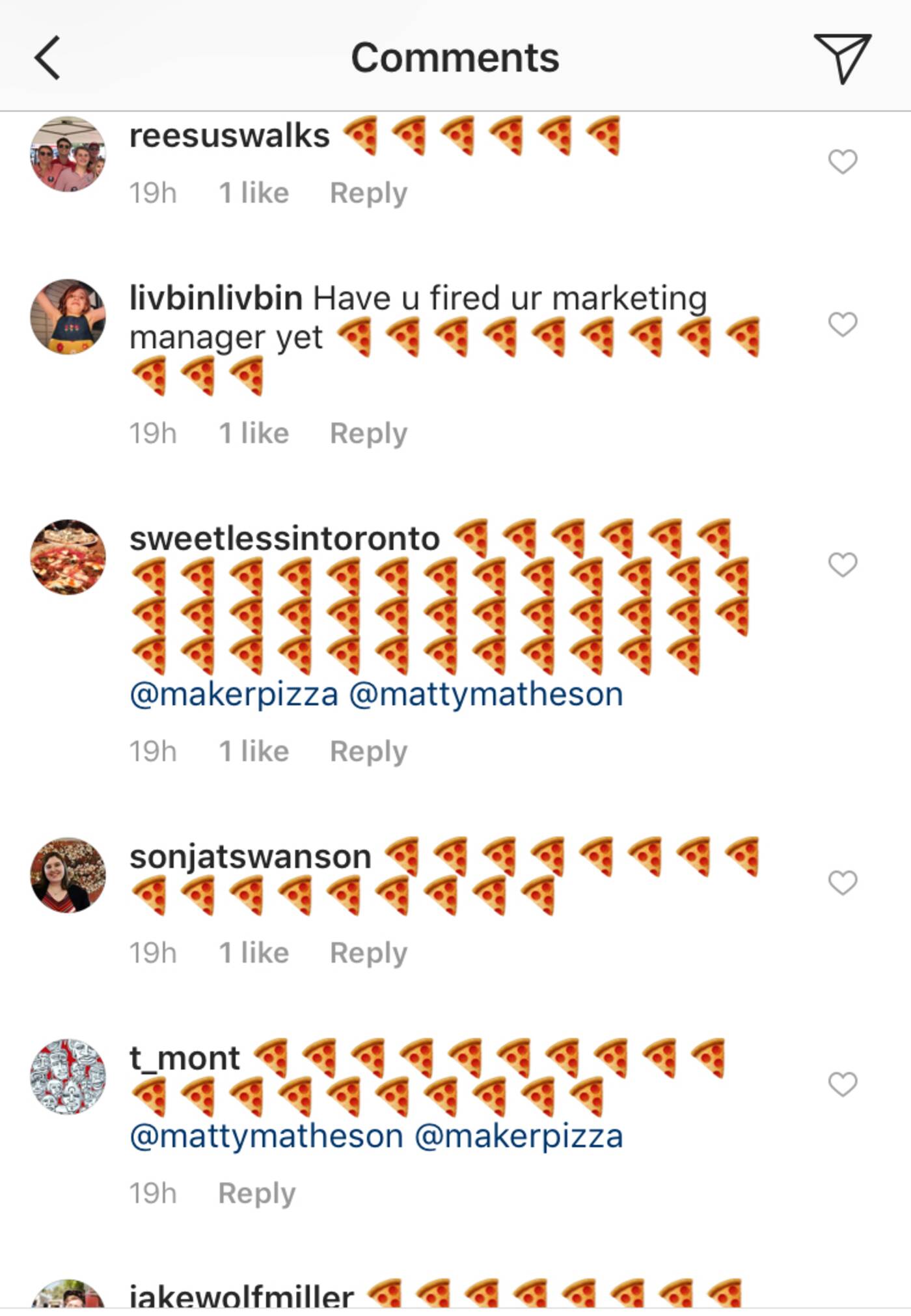 South St. Burger, which has roughly 30 locations across Canada and used to be owned by New York Fries, clearly got the message.

The brand shared its own photo of the (now modified) sign on Thursday afternoon, writing "Woah, woah! @makerpizza @mattymatheson, you guys didn't catch the fine print?!"

The "fine print" they refer to is on a small, newly-added label that reads "... but for great pizza, Maker Pizza is across the street." 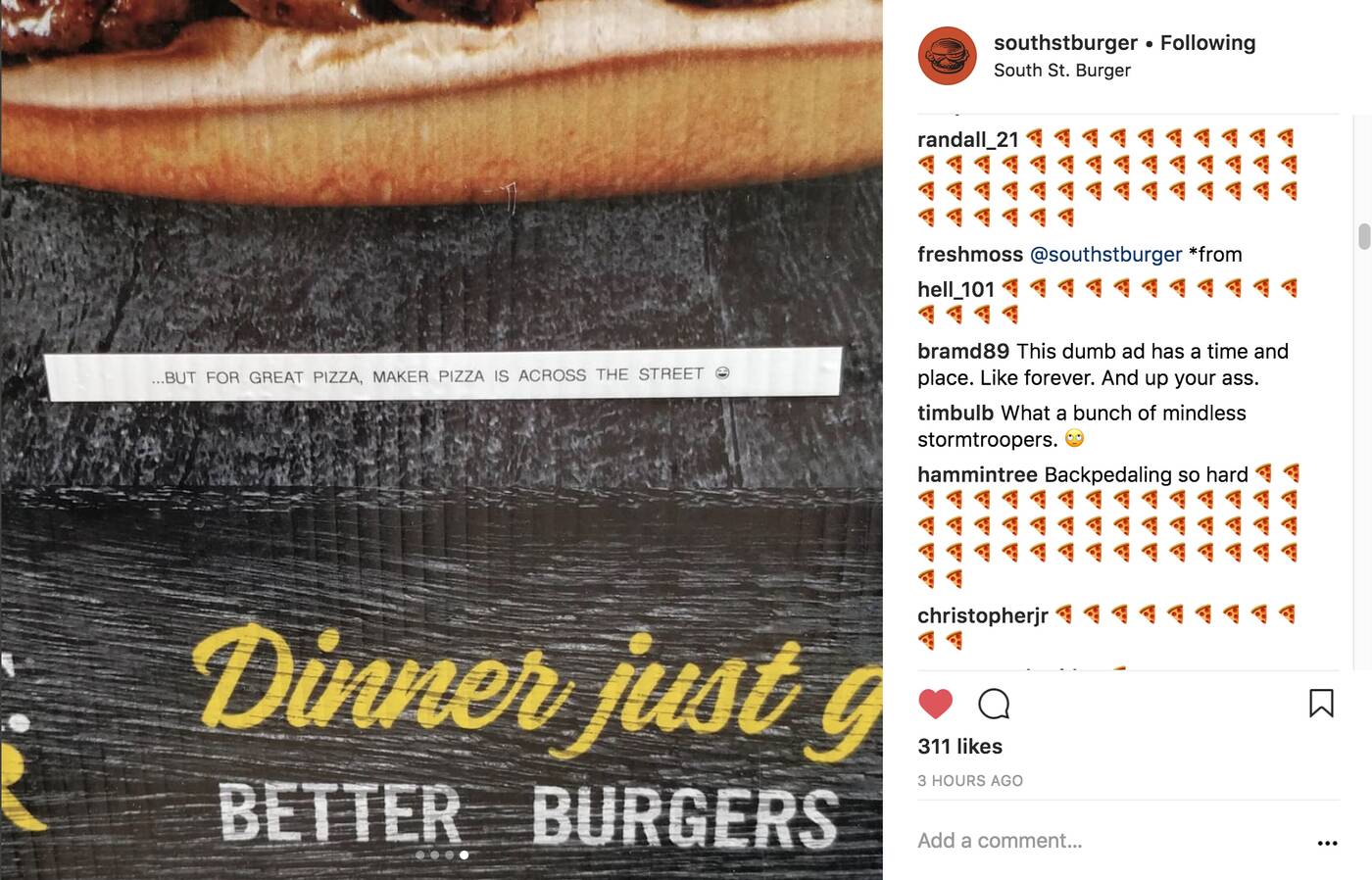 South St. tried to quell the pizza spammers with a semi-apologetic post.  It didn't work. Screenshot by Lauren O'Neil.

Yeah... no. That's not going to help anything. It certainly hasn't yet.

On the plus side for South St., this little kerfuffle is generating a ton of Instagram comments on their page. The elusive algorithmic gods love nothing more than comments.