Fancy a side of drama with your cheese curds, eh?

The first-ever Toronto Poutine Fest is now well underway at Yonge-Dundas Square, where you can buy more than 50 different types of the fry-based delicacy until Sunday night.

This may sound like a great opportunity for local poutine purveyors, and for some it just might be — if you consider Kitchener, Perth and Ottawa local.

You see, there's not a whole lot of "Toronto" in the Toronto Poutine Fest. Most of the food trucks involved in this weekend's event are from Quebec or thereabouts (which totally makes sense, given the origins of poutine) and are actually on a poutine tour of sorts.

Hungry fans aren't mad about that, but Smoke's Poutinerie is.

A PR rep for the Toronto-born chain, which itself hosts an annual poutine event in Yonge-Dundas Square, says that Smoke's took offence to "being left out" of this weekend's festivities.

In response to the snub, Smoke's started handing out flyers at Yonge-Dundas Square to advertise its own $3 poutine deal (created specifically to encourage a boycott of Poutine Fest.)

"At or around 6PM on May 24, 2018 two Smoke’s Poutinerie employees or contractors were seen distributing flyers at the Yonge-Dundas Square in Toronto, ON," reads a cease and desist letter from the Ottawa-based event organizers. 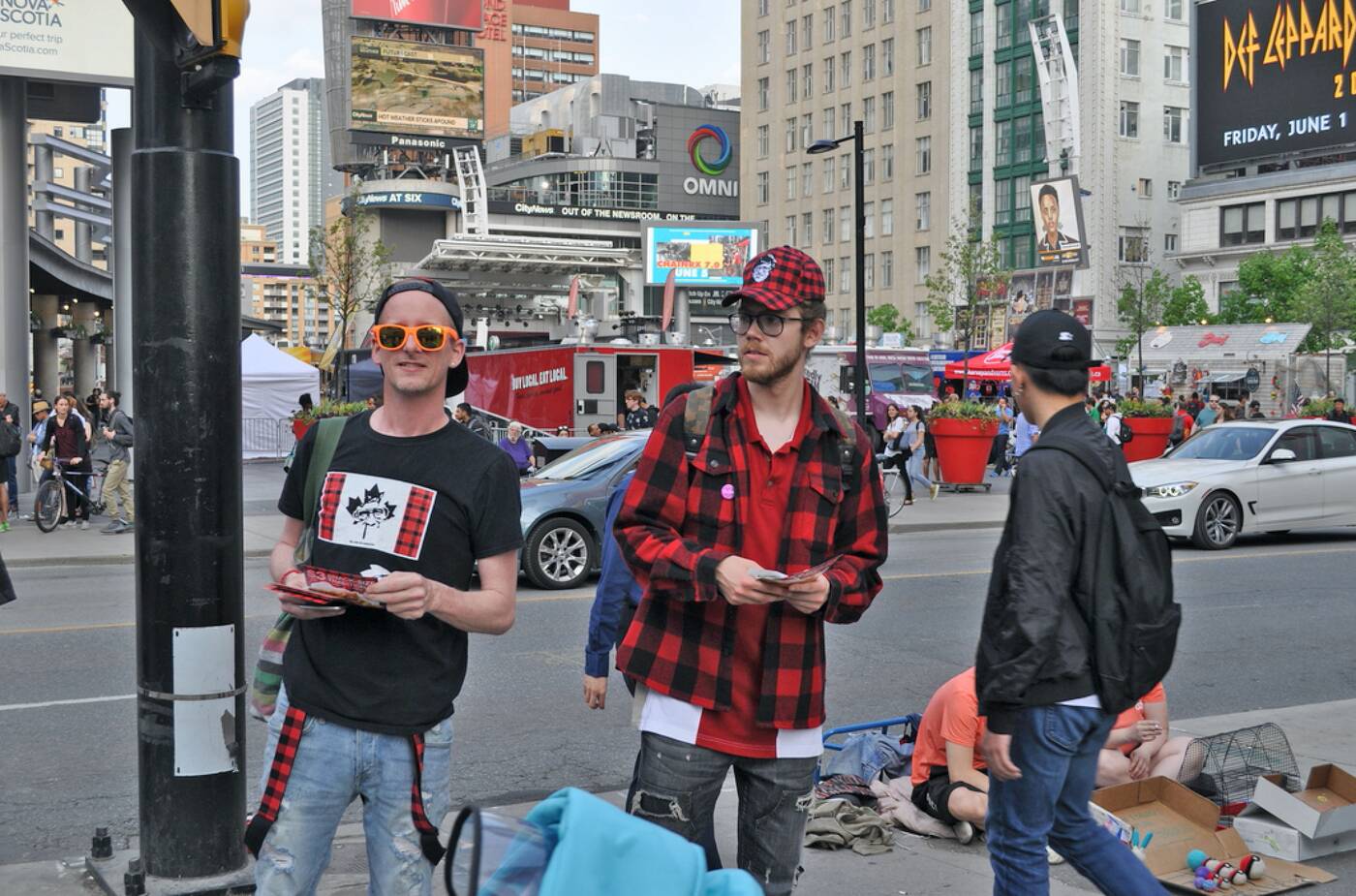 Smoke's Poutinerie employees handing out flyers across the street from Poutine Fest near Yonge-Dundas Square.

The #Toronto Poutine Fest has sent @poutinerie a letter to cease and desist https://t.co/mv2njNE8dP pic.twitter.com/SkvViJmBfk

The letter, shared with us by Smoke's on Friday, requests that the Toronto company immediately stop using the "Toronto Poutine Fest" name and logo.