Whether you're hungry, homesick, or straight up in urgent need of a bathroom, few things are more exciting to spot on the side of a highway than one of those exit signs with a McDonald's logo on it.

The Canadian marketing agency Cossette decided to play on this sense of sign-induced comfort and nostalgia for some recent work it did on behalf of the fast food giant.

If you live in Toronto, you may have noticed elements of the campaign around town – maybe above Ventures Car & Truck Rentals on Dupont or across from Bassline Bar at Bloor Street and Roxton Road. 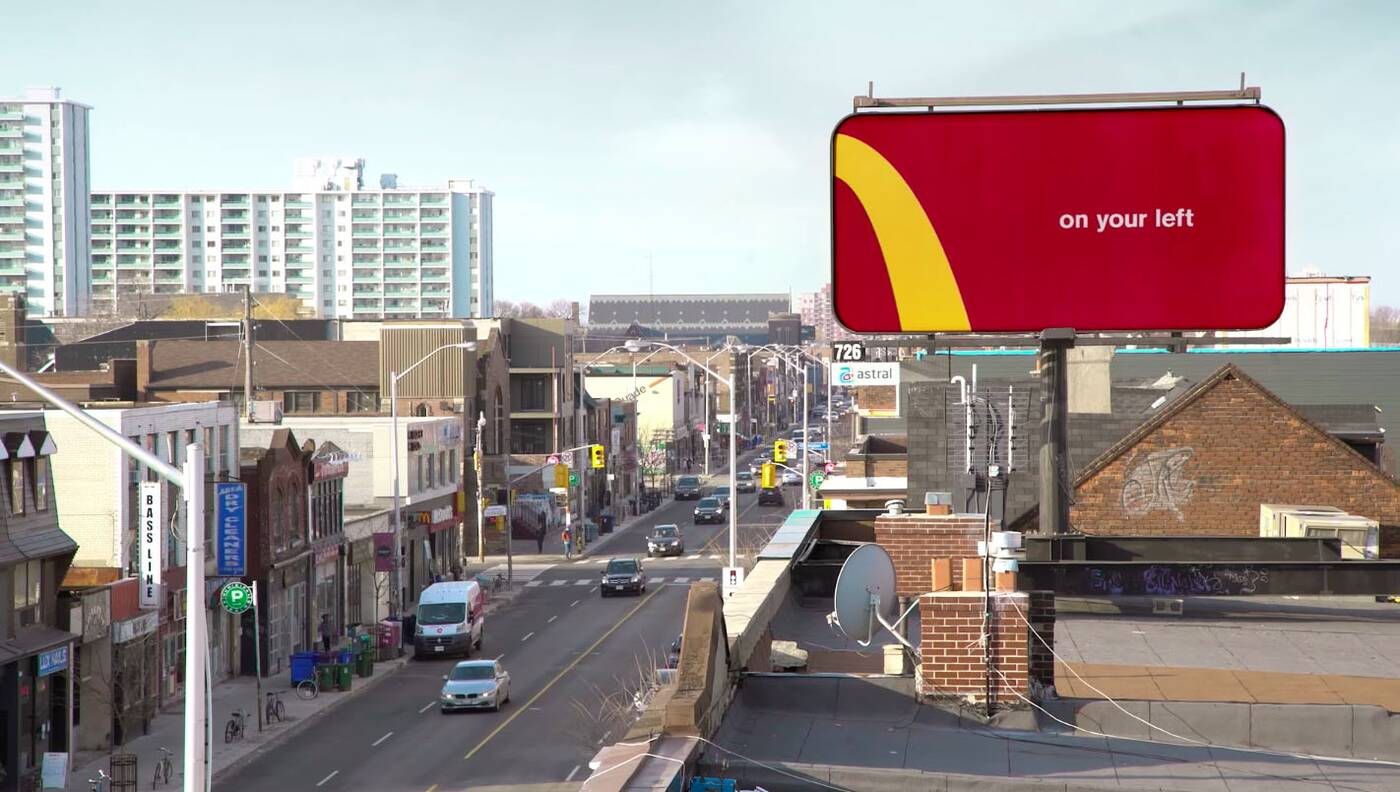 Four gigantic McBillboards have been installed above high-traffic areas across the GTA, but they aren't your standard "open 24 hours, 3 miles ahead" road signs – and the cleverness with which they were devised is drawing attention from around the world this week.

The campaign, called "Follow The Arches," uses only certain portions of the iconic Golden Arches logo to create completely unbranded directional billboards that, somehow, can't be recognized as anything other than McDonald's ads. 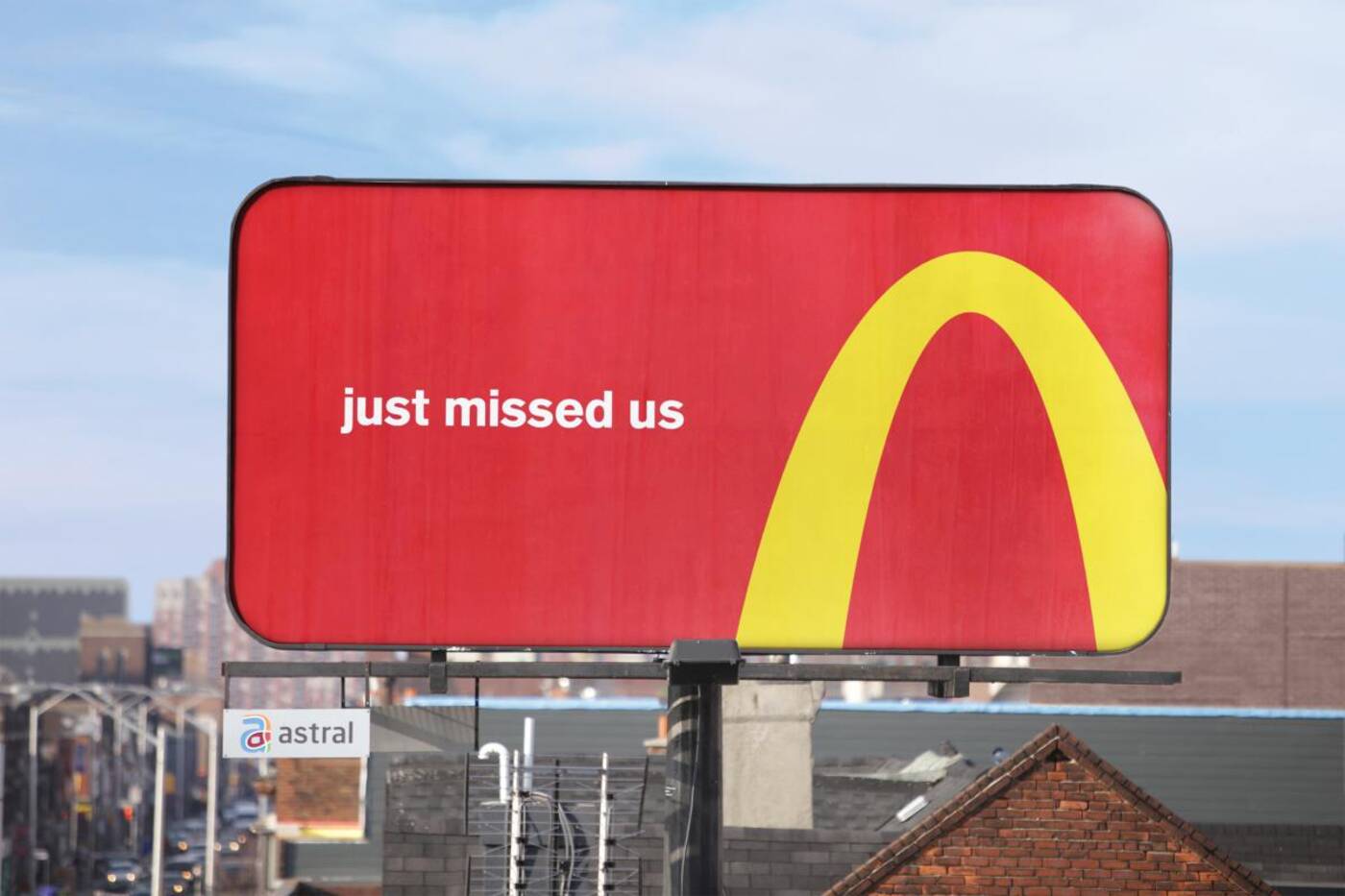 "We noticed that all over Canada, from major cities to small towns, you could find signs directing you to the nearest McDonald's," reads a post about the campaign on Cossette's website. "This campaign is a nod to those signs, but with a fun visual twist."

It's unlikely that most of the people who see these billboards will actually need directions to their local McDonald's locations, but it's a cute concept nonetheless.

The marketing agency says that it hopes to target "people on the go who might just need a little reminder that the next McDonald's is just a left or right turn away."