Toronto just got Pay What You Can Vietnamese food

North Saigon aims to introduce Toronto to tastes of Vietnam they’ve never had before, like banh xeo, all while stealthily incorporated nutritious ingredients. The best part? It’s all pay-what-you-can.

The truck is headed up by Kim Vo, herself mentored by Nick Liu of Dailo. She’s modelling her pricing system after those seen in New York City and Asia. There’s no minimum amount to pay, but she says compensation tends to even out with customers from different walks of life: some might pay $5, while some pay $15. 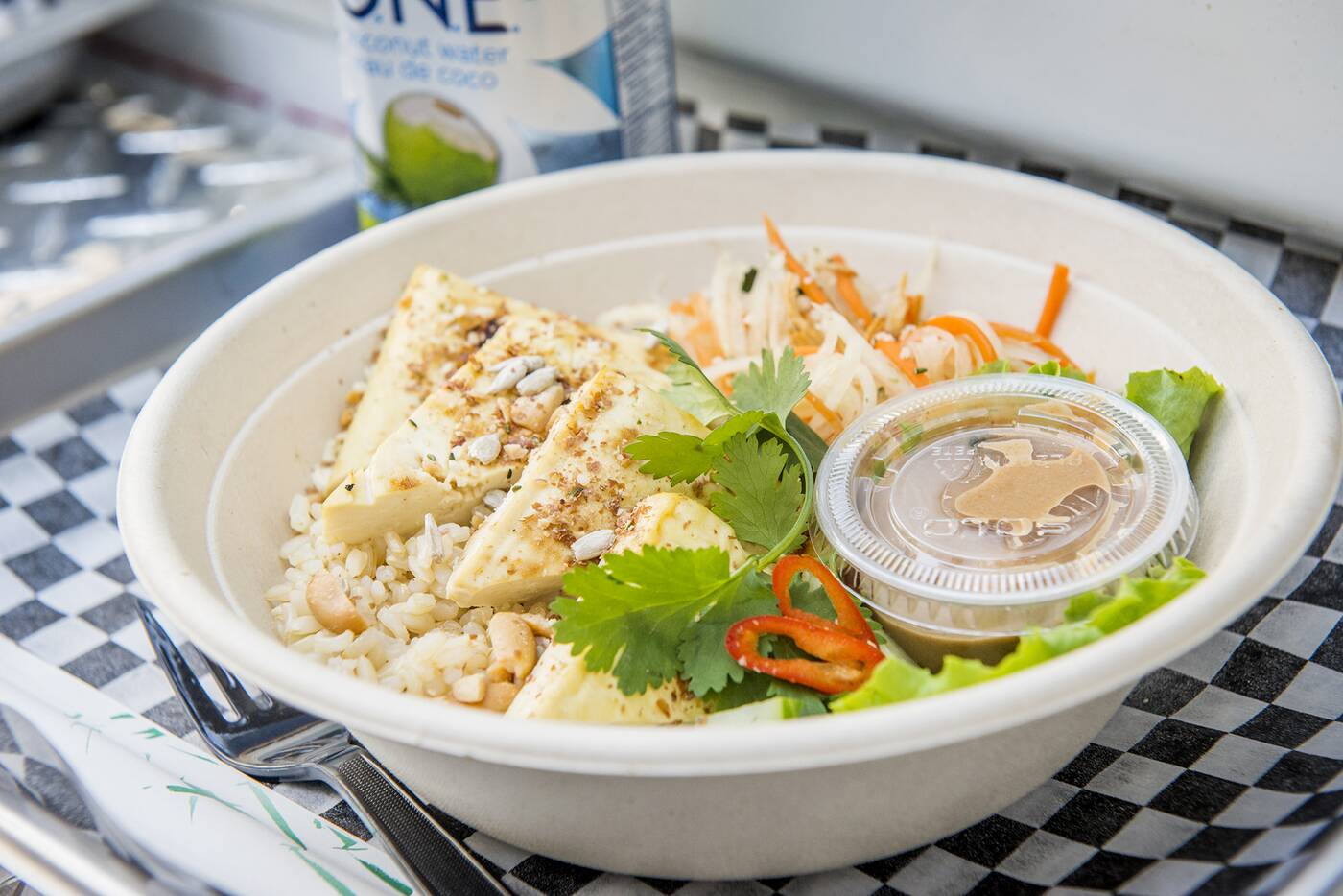 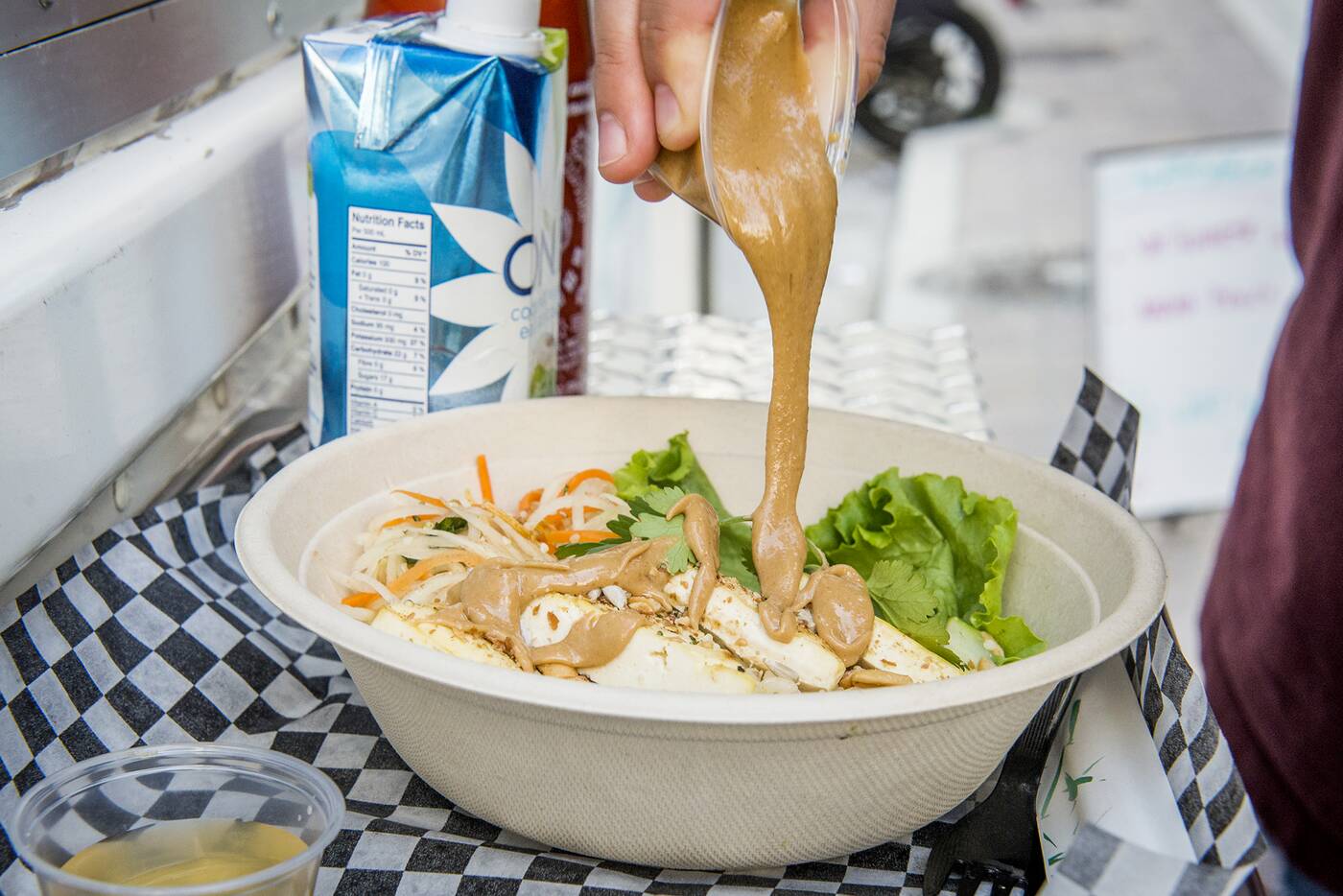 Bowls come with your choice of house sauce, either the fish sauce or a nutty, toasty peanut sauce. 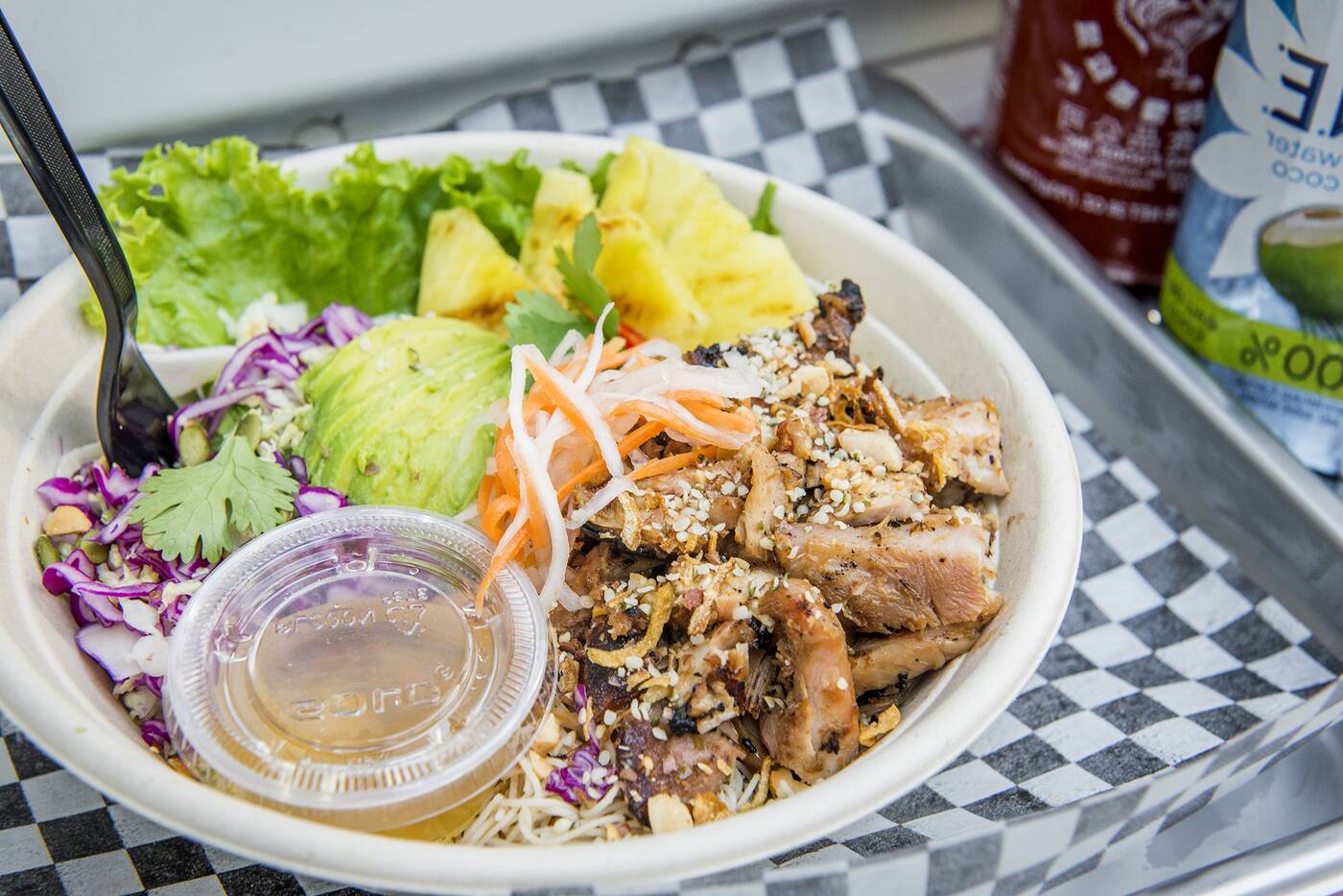 A non-vegan Karma Bowl is filled with grilled chicken, avocado, Vietnamese slaw, red and white cabbage, brown rice noodles, pickled carrot and daikon and a house dressing. I love the noodles, but I’d probably do them with that unbeatable peanut sauce. 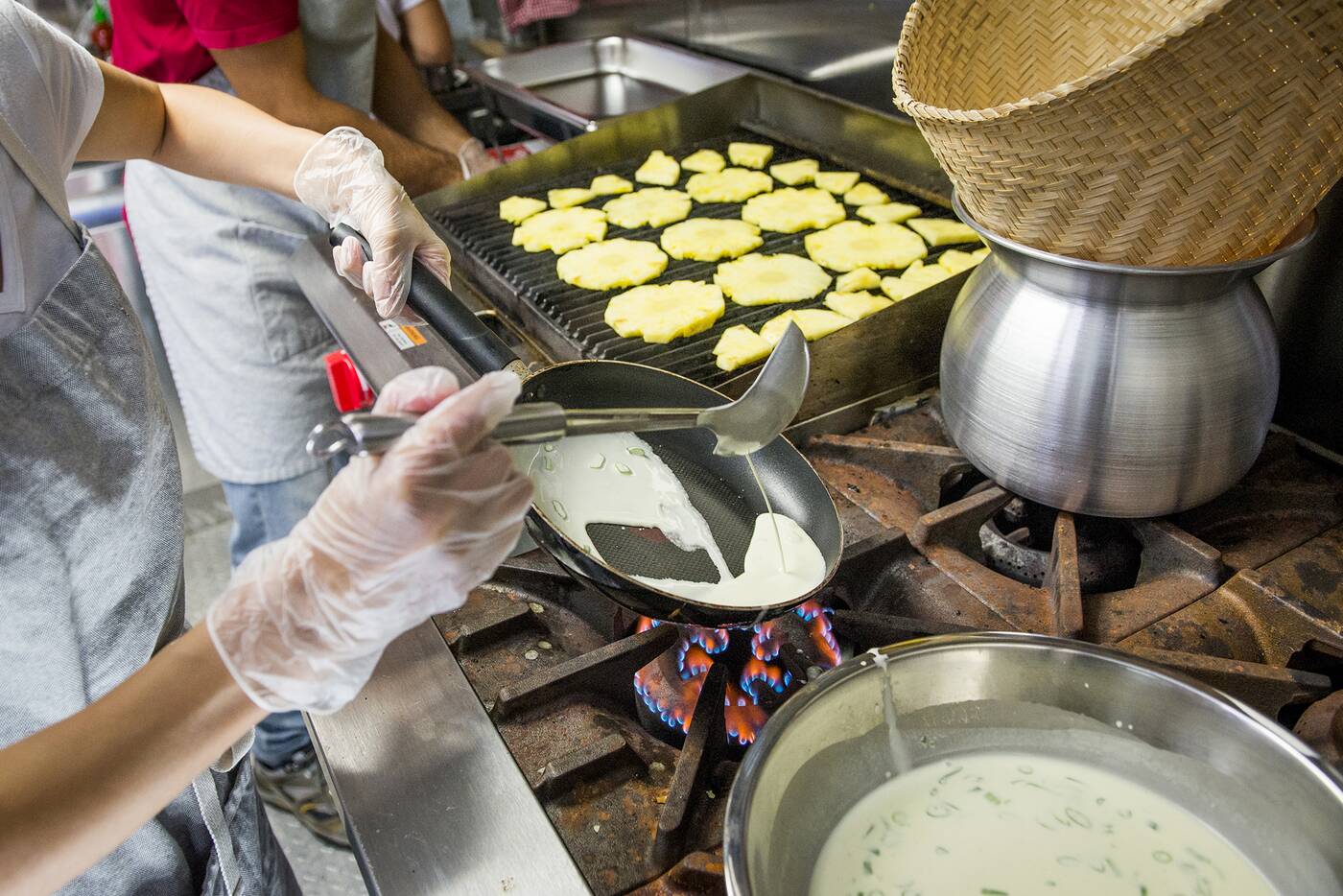 The legendary banh xeo is a type of Vietnamese crepe, which Vo learned to make at a Buddhist temple in the Mekong Delta. They’re the only food truck in North America making these. 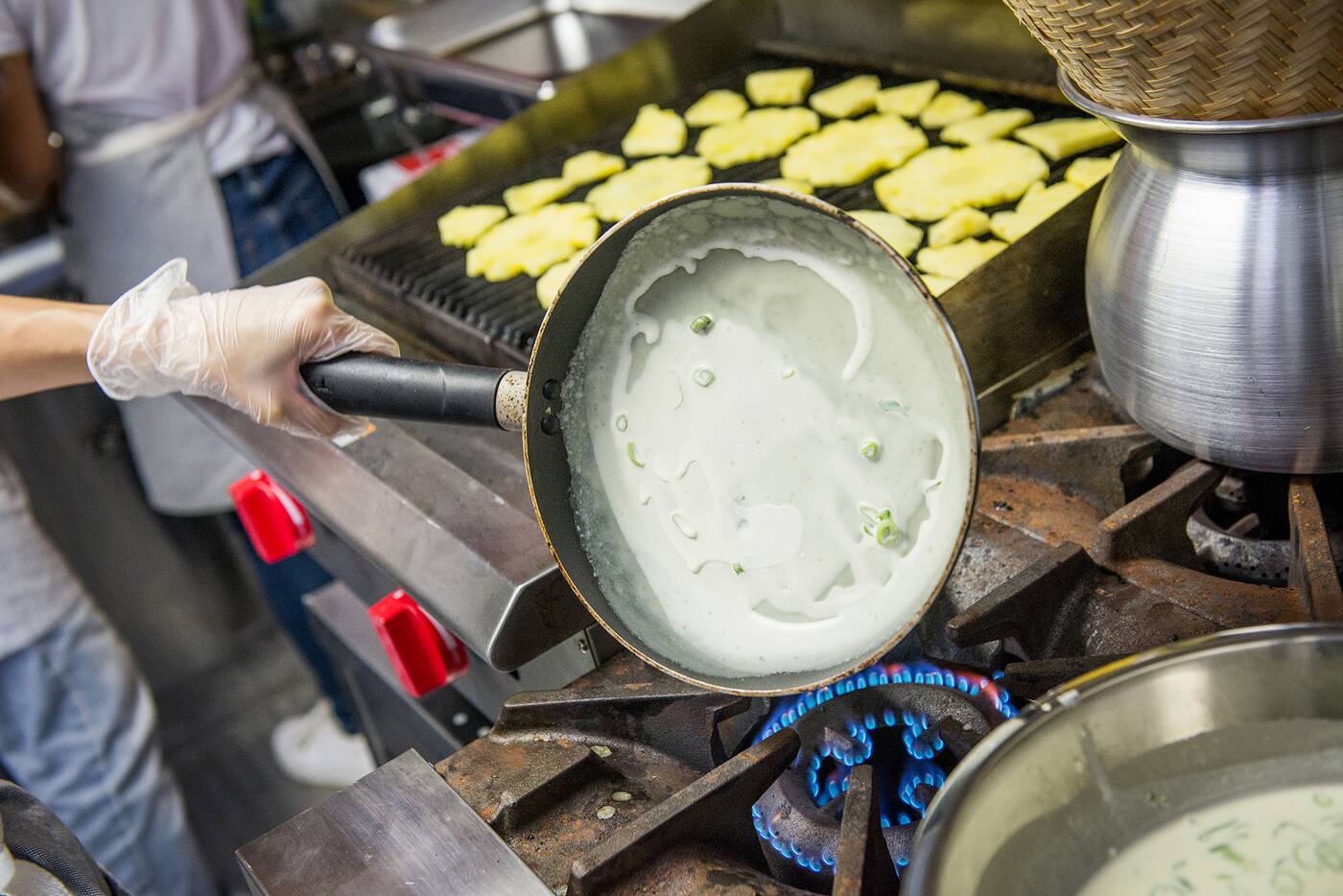 Depending on where you are in Vietnam, the crepe can be very thin or thick, and dry or greasy. The batter is made simply from rice flour, turmeric and coconut milk. 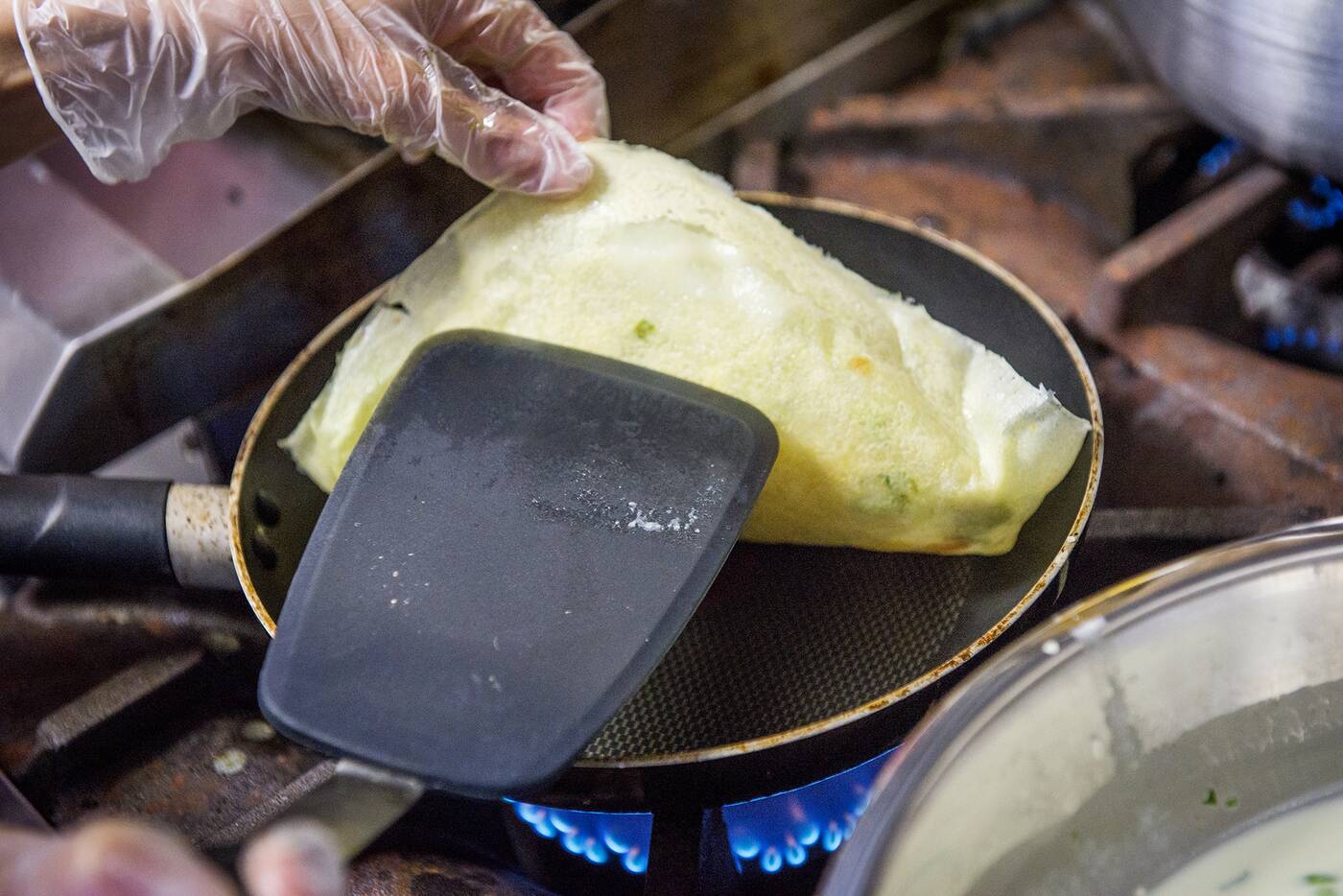 If you can believe it, these are usually done in a massive pan: this banh xeo is a mini version, and Vo prefers to make hers very thin. 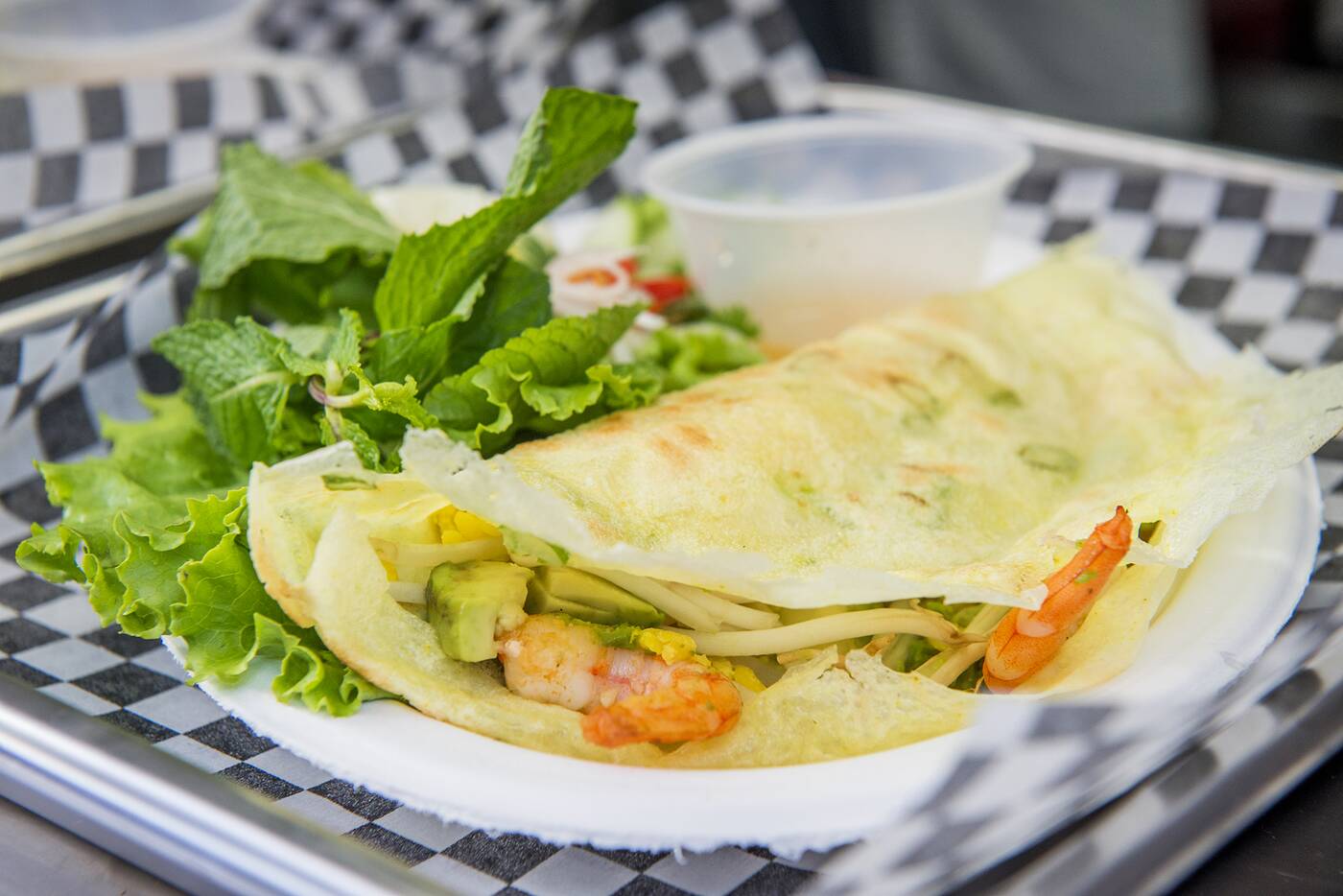 It’s typically served with shrimp and mung beans, though North Saigon has added some modern twists like avocado. 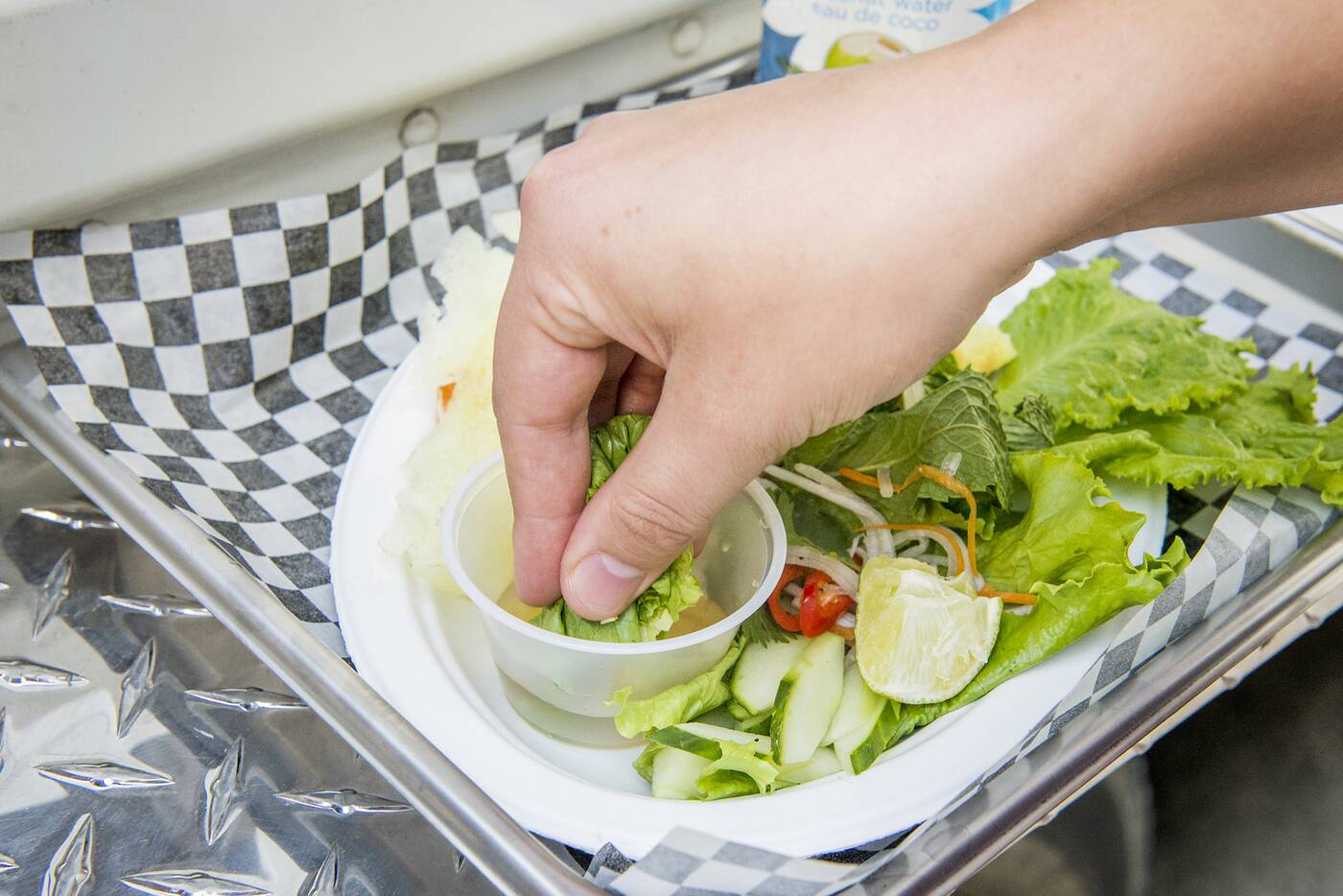 The idea is you take a bit of the crepe in your hand using provided greens, load it up with lime, chili, cucumber and pickled veg lettuce-wrap style, then dip it into sauce.

North Saigon wants to make fast food that’s interesting and off the beaten path compared to what diners know of the typical pho that represents Vietnamese cuisine in this town. They’re hoping to perhaps integrate into an existing brick-and-mortar restaurant operation one day, enabling them to deliver through UberEATS. 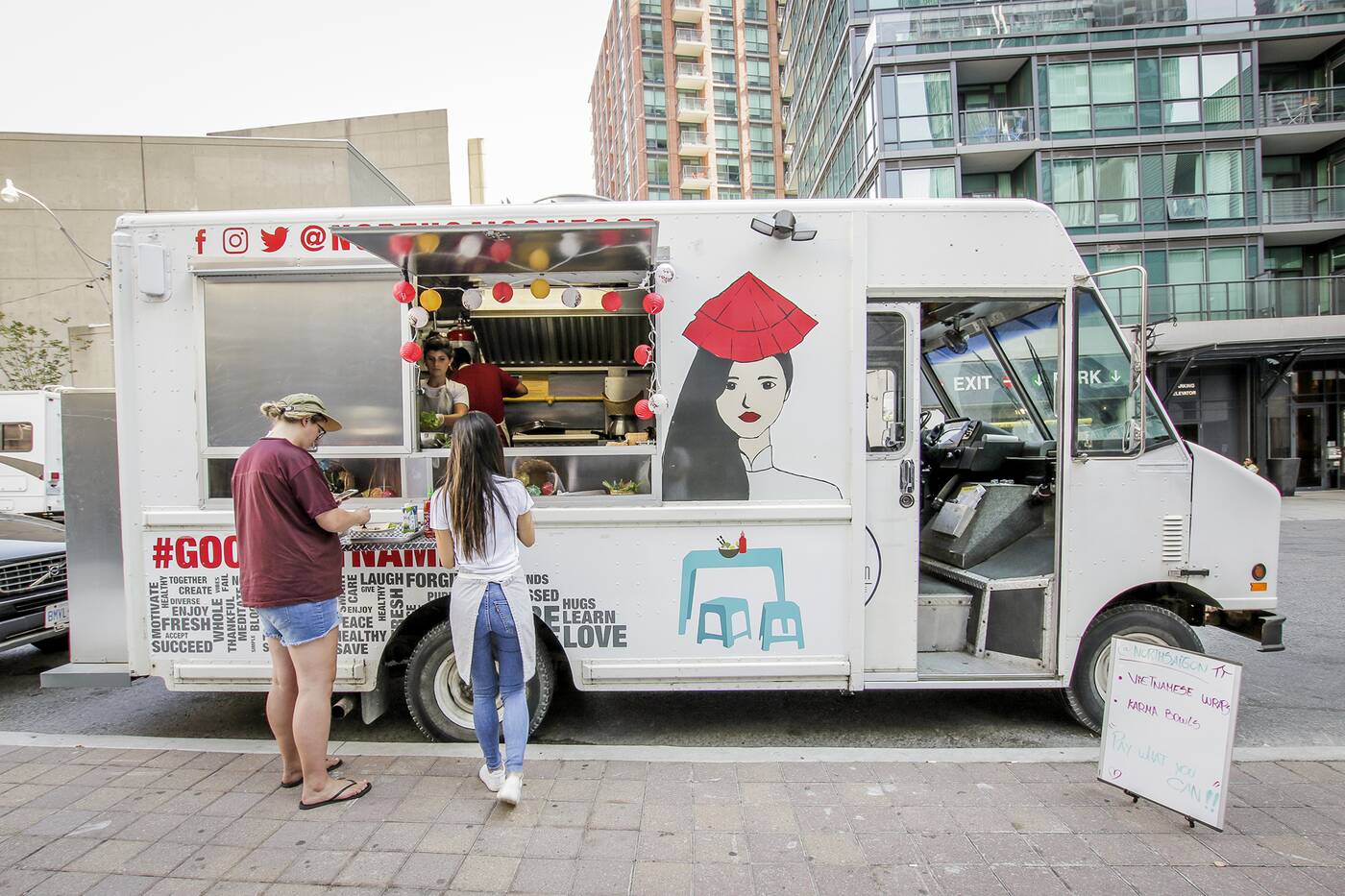