A Toronto neighbourhood is getting a KFC and residents aren't happy

On this episode of Not In My Backyard, a KFC is slated to open in Leslieville and residents are not having any of their eleven herbs and spices.

Initially it was unclear what was moving into the space at 1364 Queen St. East where a convenience store used to operate.

But a permit issued in July was eventually discovered by locals. It promised a restaurant space and confirmed KFC as the tenant.

The main issue that's got people fired up is concern over the longstanding Chick-N-Joy that has been in the neighbourhood since 1977.

More broadly, some also fear that the incoming KFC signals a coming wave of corporate-style gentrification in Leslieville. 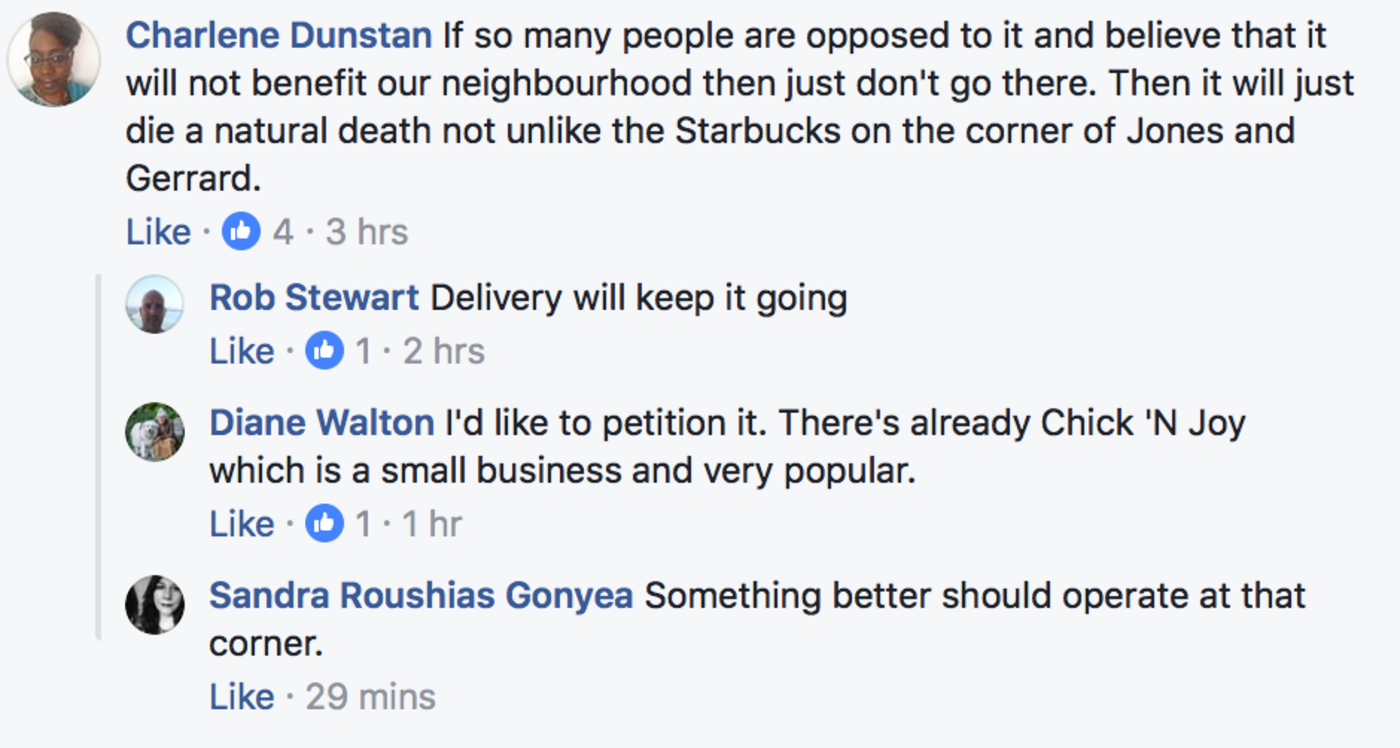 Other Toronto neighbourhoods have held similar grievances towards big businesses coming into their area.

A few years ago, Junction residents were upset over a Starbucks moving in across the street from independent coffee shop Crema, while gentrification in Parkdale seems to always be a urgent subject of conversation (to name only two neighbourhoods).

Beyond any corporate concerns, area residents also had more sensory concerns about the incoming food chain. But, hey, at least KFC's fries aren't as bad as they used to be.