If the recent history of ice cream in Toronto has taught us anything, it's that cool-looking soft serve is our city's Yeezy Boosts: expensive, highly photogenic, and well worth waiting in line for.

So, you might want to bring comfortable shoes to the CNE this year, because summer 2017's hottest international dessert trend is waiting for you on the midway. Make sure your phone is charged.

Up until last month, you could only buy them at one of Ansel's stores in Tokyo. The response in Japan was so great that the world famous chef decided to bring his treats to Manhattan for a limited time, over the 4th of July weekend.

The lineups for that pop-up were long, and the Instagram posts were plenty. In just a few days, a food fad was born. And now it's hit Toronto. 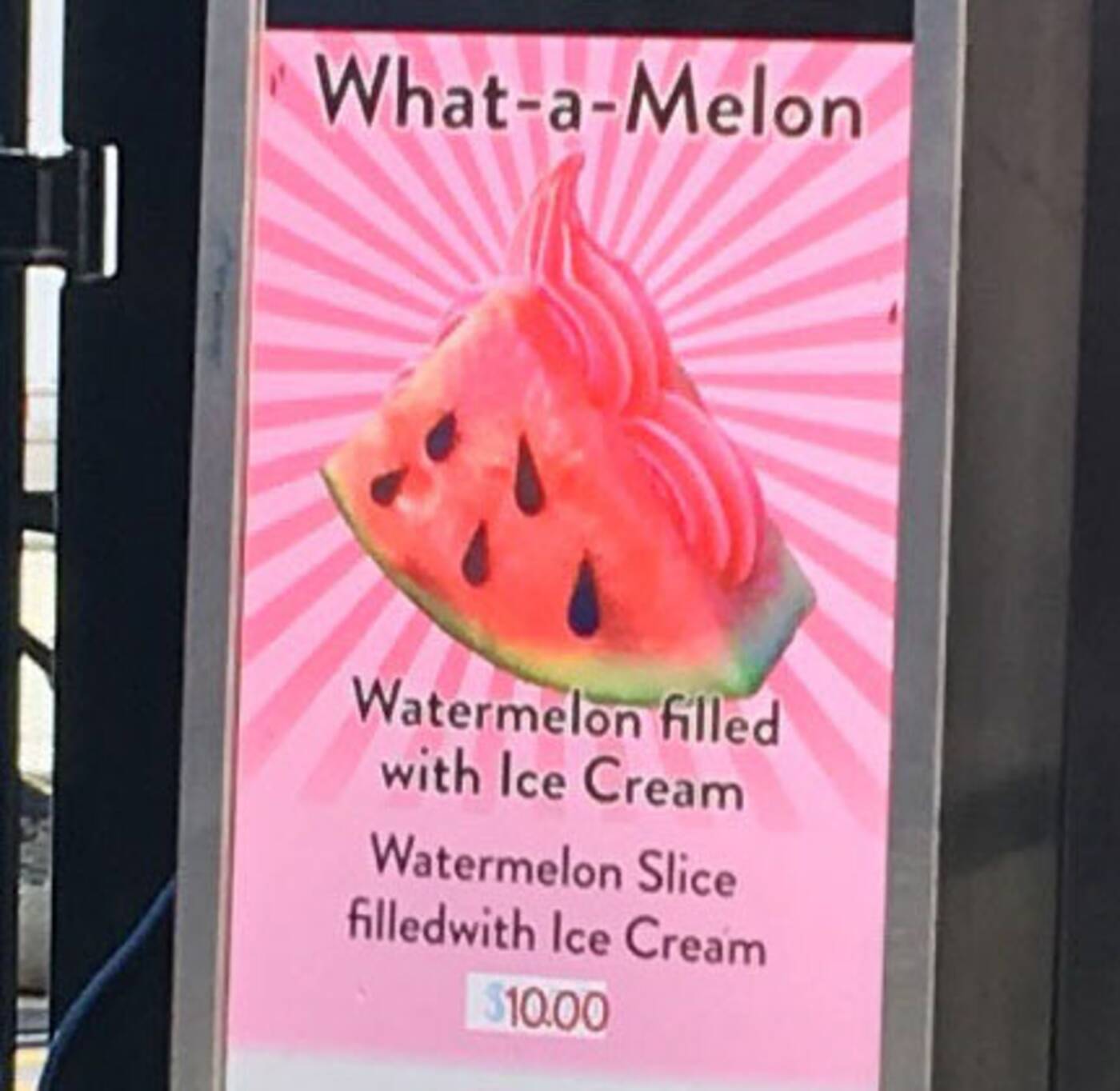 You can buy watermelon slices filled with ice cream at the CNE this year, but they're not exactly as pictured.

The watermelon soft-serve snacks being sold at the CNE bear the same name as Ansel's creation, but they're not the same ones being served in Tokyo or New York.

The CNE stand selling What-a-Melon does not appear to be licensed by Ansel, and the product, while similar, lacks some of the pastry chef's... polish.

If you want to try it for yourself, the CNE's What-A-Melon will set you back about $10 â and potentially some time in line that could be spent on rides.