Queen Arepa is a Venezuelan street food truck that despite its name serves up a great deal more than just cornmeal sandwich arepas, and it’s all gluten-free.

The mobile operation headed up by Mina Vuzio and Ali Sifontes is entirely female-run, hence, Queen Arepa. More familiar arepas and empanadas are served alongside lesser known street foods such as the pancake-like queso-filled cachapa and mozzarella stick-esque tequenos. 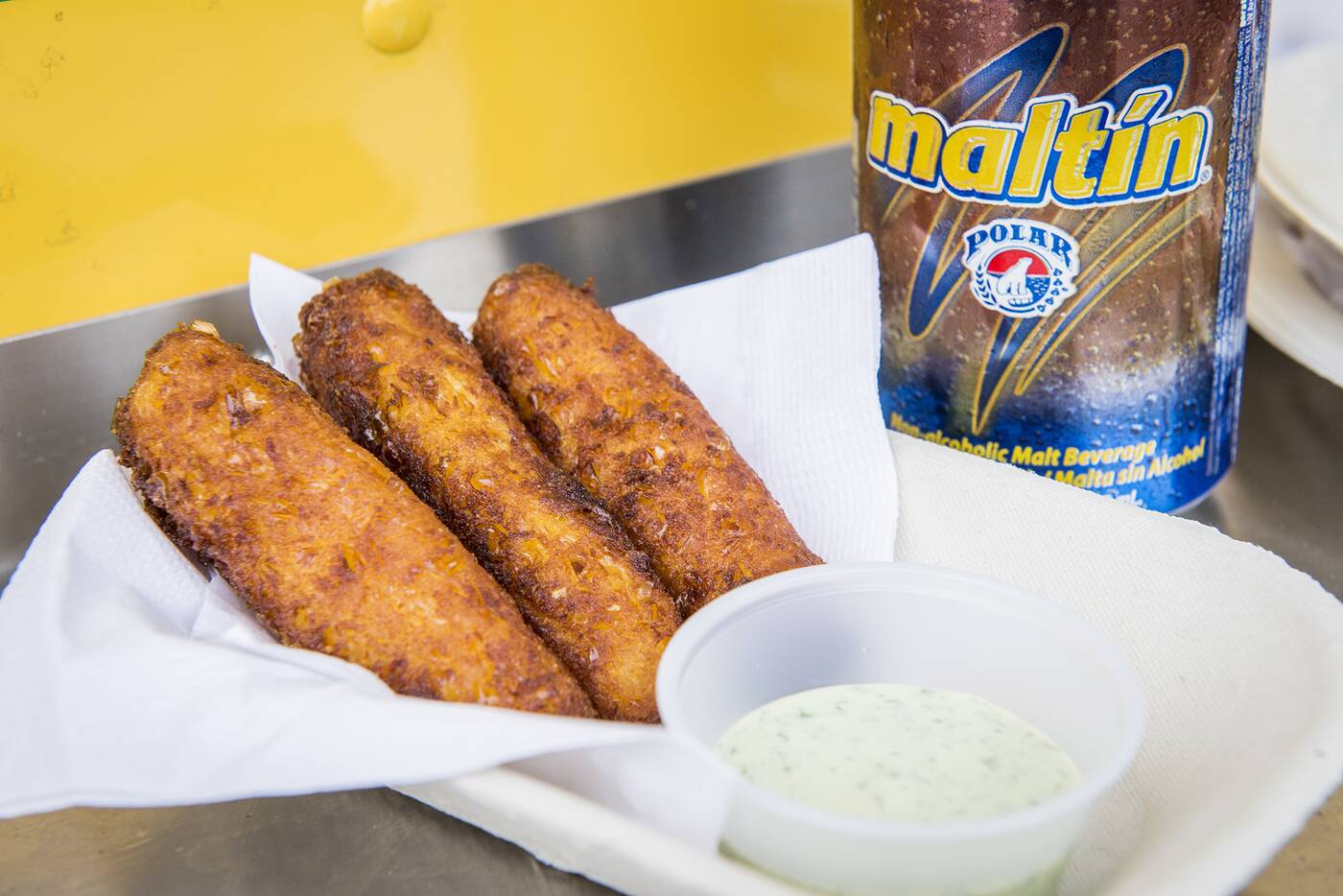 Tequenos ($6 for an order of 4) are made using a coating of fresh corn that envelopes incredibly stretchy queso, which acts as a filling for many of these snacks. 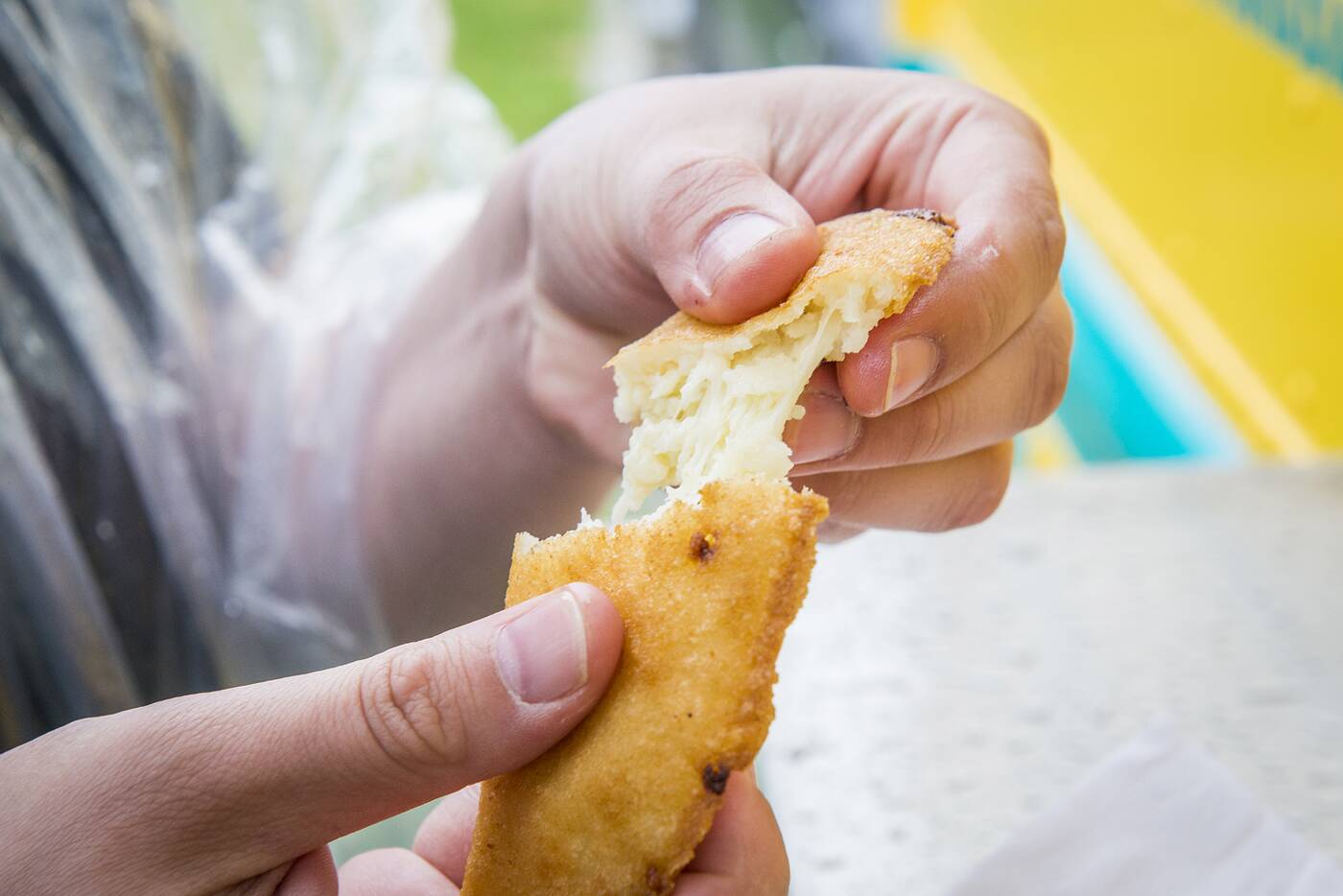 You have to dip these (and pretty much everything) into bright guasacaca, a tangy but simple sauce of garlic, mayo, oil, salt and cilantro. Enjoy with one of their imported malt beverages or colas. 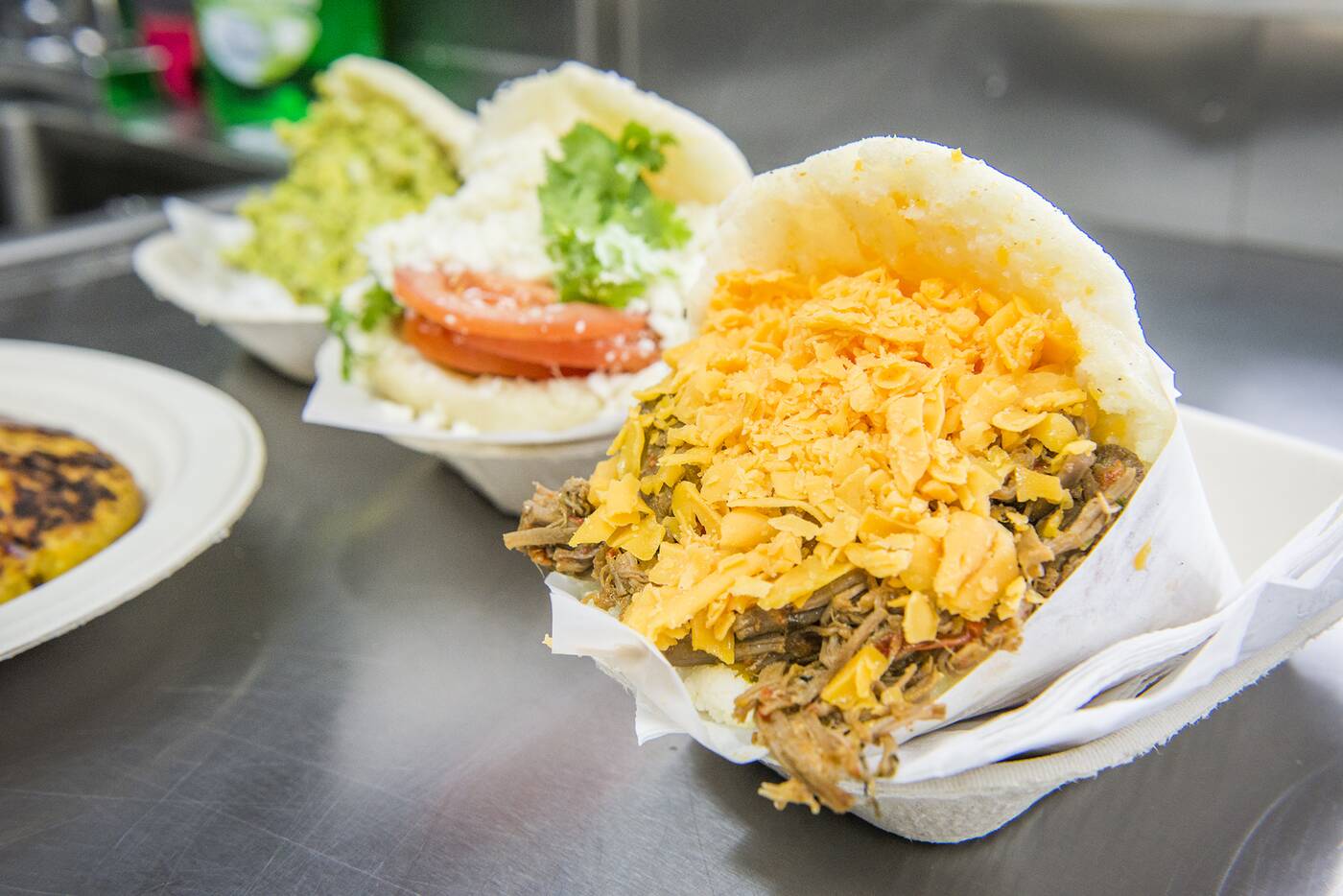 La Vaca Real ($10) is the signature arepa with beef and cheddar. It's super savoury, moist, and falling apart in the best way —the molten cheese and meat fusing into a flavour bomb on buttery cornmeal cakes. Beef has been boiled, shredded, and cooked with special spices. You can also get the exact same sandwich with pork (La Rumbera). 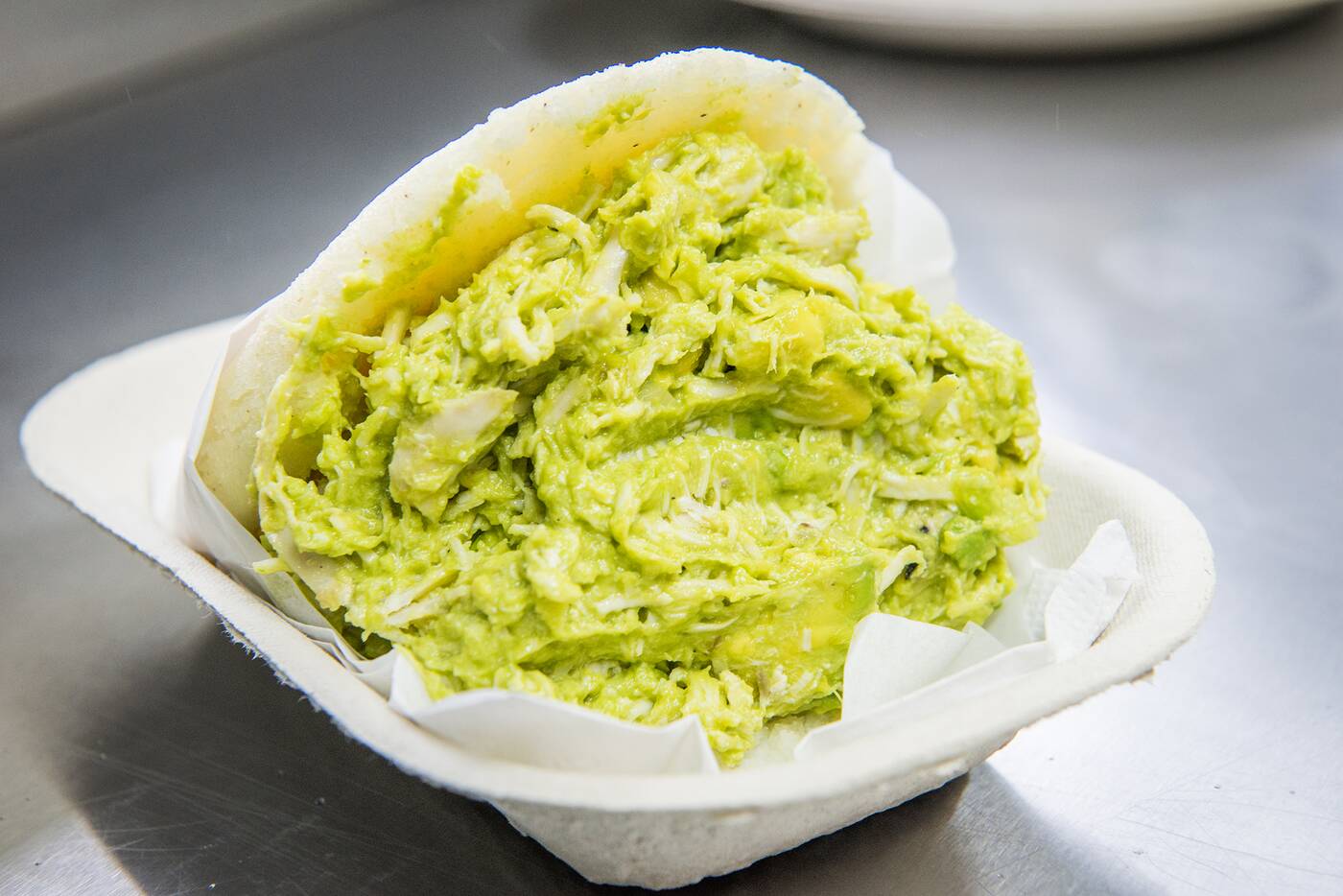 A chicken avocado salad arepa ($10) isn’t quite as full of cheesy, meaty goodness but this does make it a far lighter, veggie-forward option that really delivers on big, fresh avocado flavour. All these arepas go great with a drizzle of guascaca or salsa verde, too. 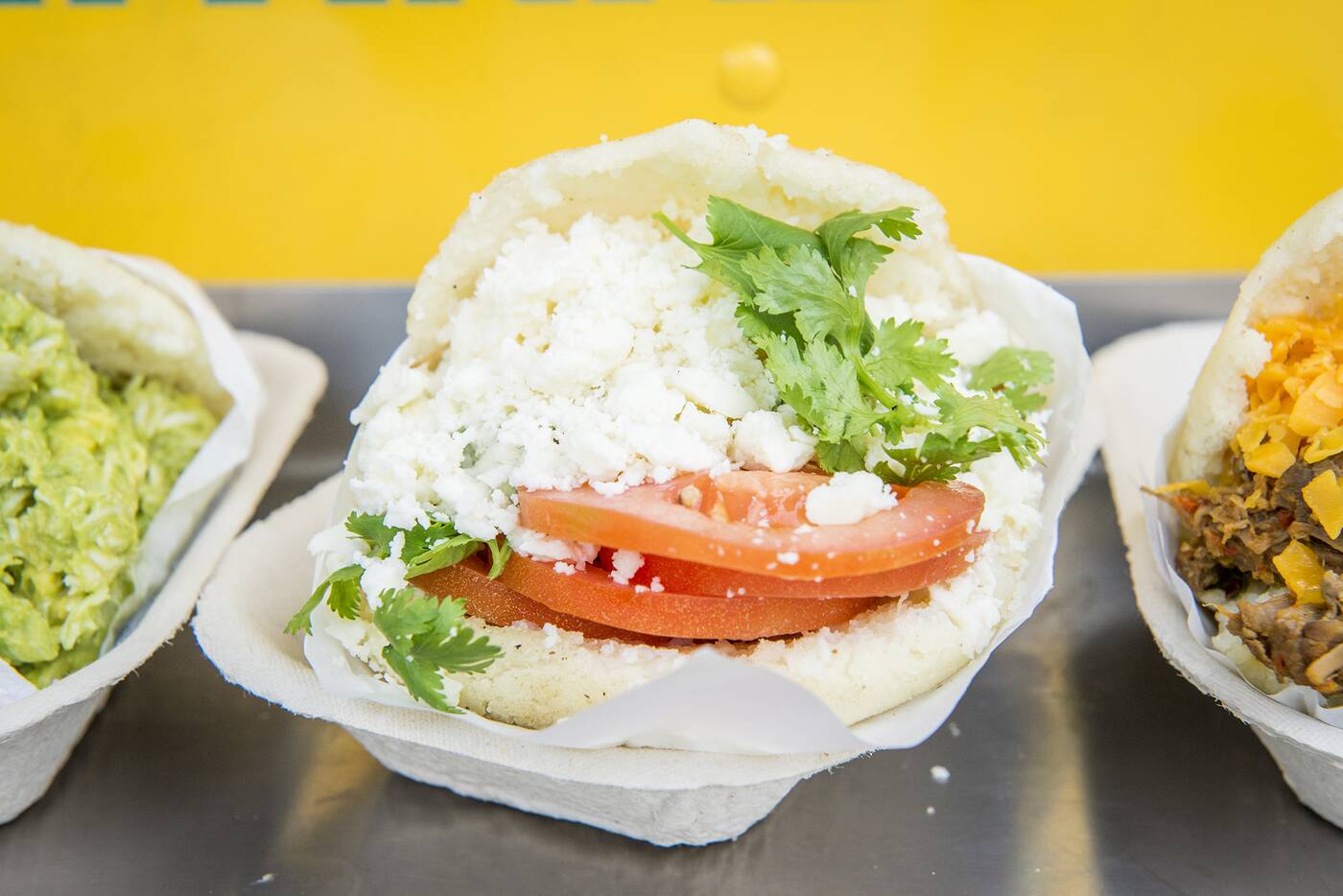 They also do a vegetarian arepa with no meat that still contains all the Venezuelan flavour you could hope for, and could also function simply as a light option. Stuffed with a huge amount of tomato (around six thin slices), onion, aromatic cilantro and a ton of queso fresco, it’s nice and fresh. They also sometimes make a vegan arepa with vegan cheese. 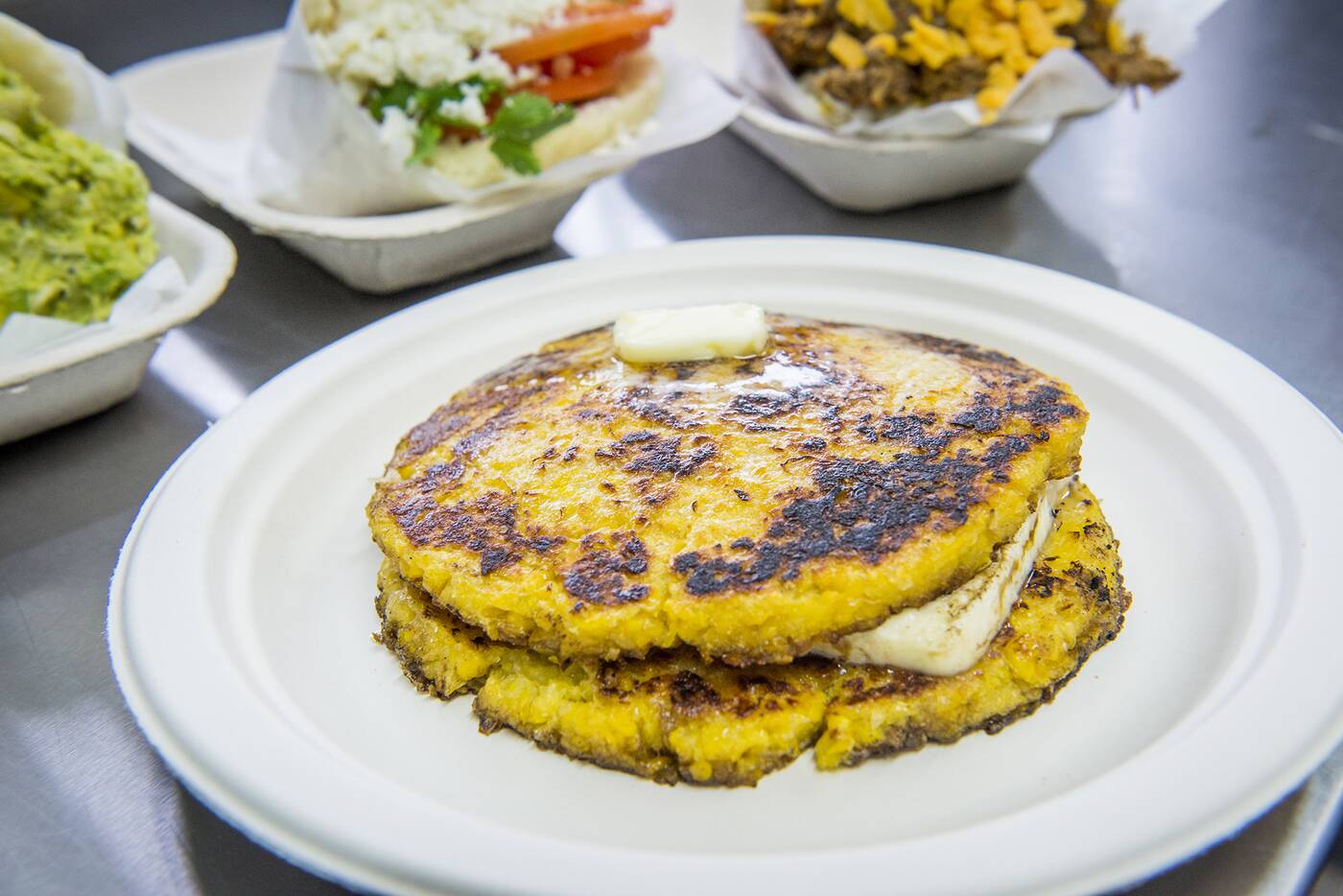 The humble cachapa ($7) hides wonders within its simplicity. Two giant flat heavily buttered cornmeal discs that almost resemble corn pancakes, crispy from a light char, sandwich queso fresco for the ultimate melty stretchy effect. I could see this as a simple brunch option at a ton of places other than the sidewalk. 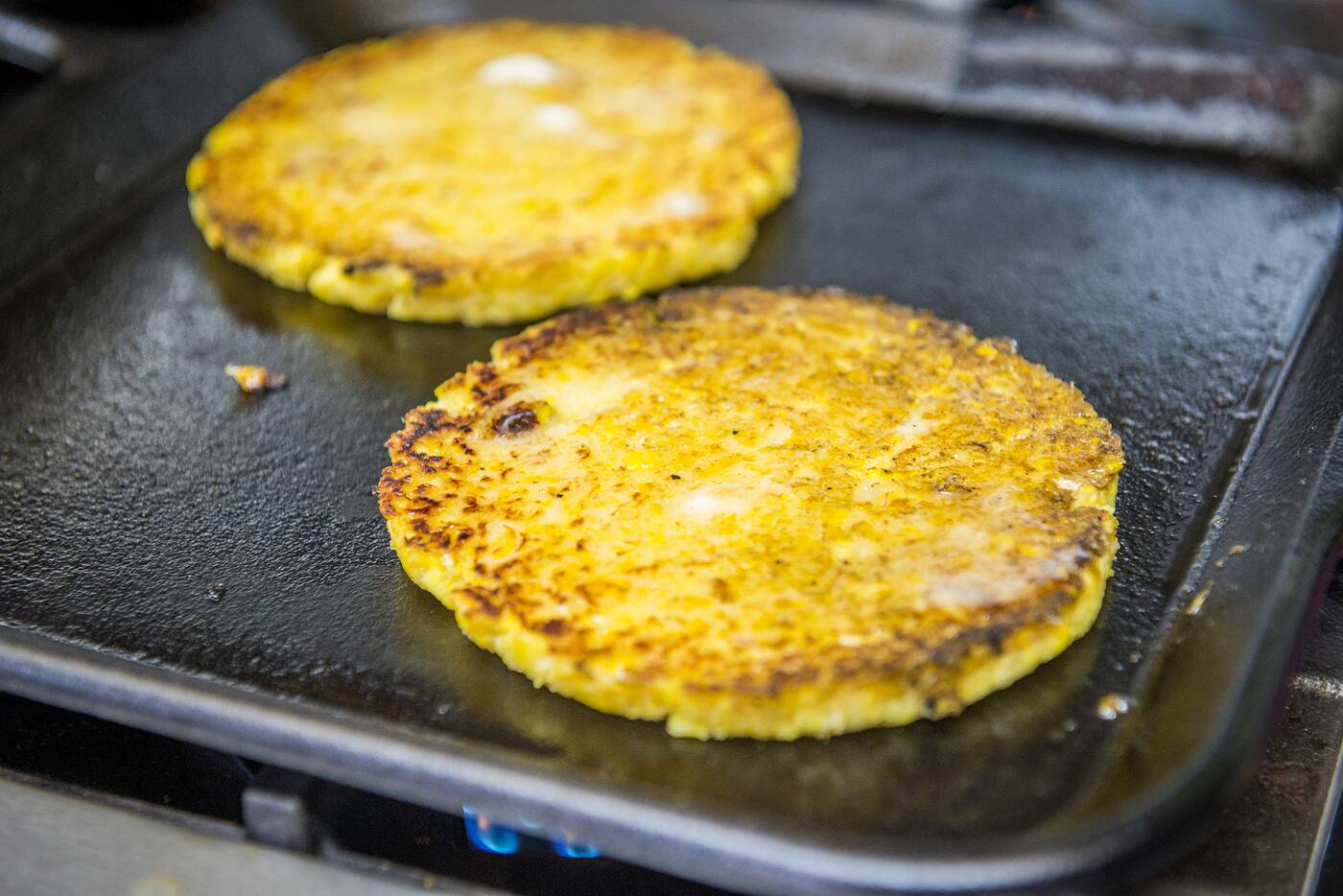 I can’t speak from experience, but I feel like these messy traditional Venezuelan street sandwiches would go great with beer, and the ladies of Queen Arepa must have had a similar inkling as they’re often posted outside or near breweries like Liberty Commons and Blood Brothers. 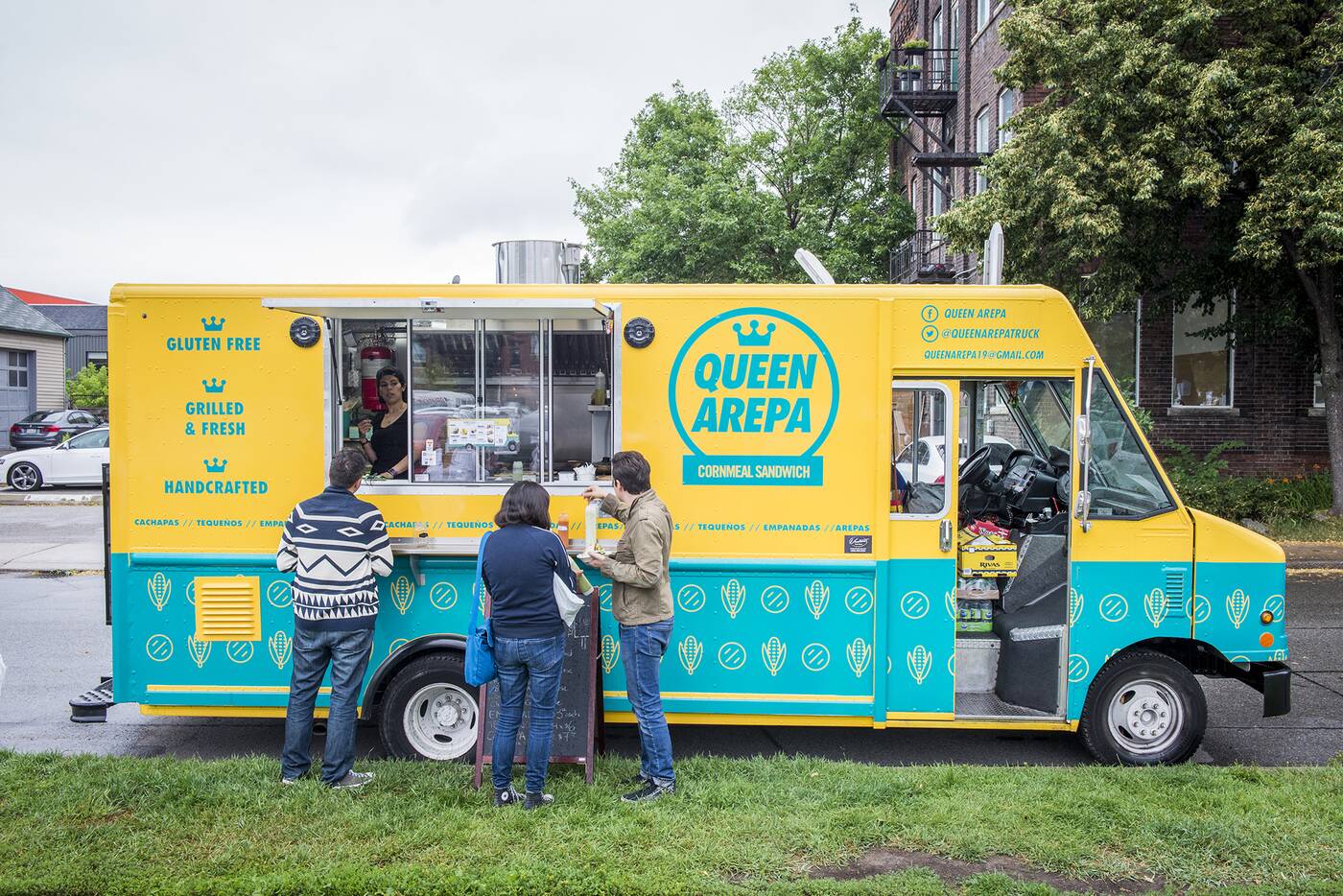