The enduring appeal of secret bars in Toronto

What's cooler than being cool? It's obviously knowing about all of the secret bars and restaurants in Toronto.

Hidden watering holes likely date back to Prohibition, a time when you could only get a stiff drink in an underground speakeasy. And while the Great Gatsby-obsessed, 1920s-era trend - which peaked over the past few years - seems to be fading, there are still plenty of secret bars in Toronto. It's probably because people love feeling in the know.

"Everyone likes being a local," say Matthew LaRochelle who co-owns Cold Tea. You can find his Kensington Market bar lurking down an unremarkable hallway in the Kensington Mall.

Even though Kensington Market used to be home to bootleggers, he and his team didn't intend to open a modern-day speakeasy until they stumbled upon the Kensington Mall space. "We just thought there are so few of those surprising places left in the city," he says, noting that it gave them an opportunity to create something new and exciting. 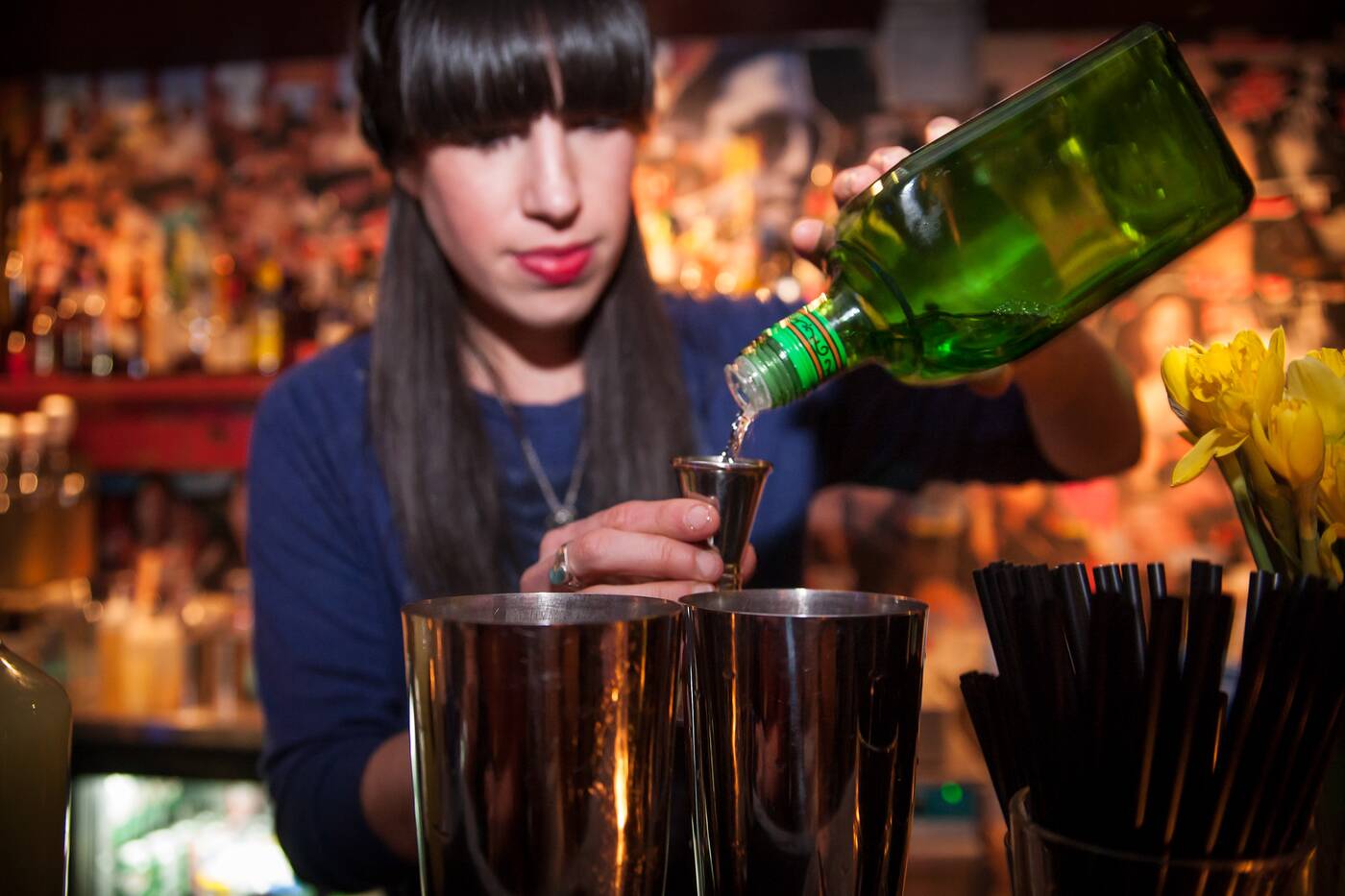 Cold Tea certainly garnered lots of buzz, including a thumb's up from Anthony Bourdain. But LaRochelle wasn't always so confident with his decision to go the hidden route.

“An hour before we unlocked the door for the first time, I think I definitely had a panic attack that nobody would know we were there and I should run out and throw up a frame," he says. "But fortunately, we stuck to what we were doing."

More recently, Superpoint, the new pizza joint on Ossington, turned its empty back room into SP184, a secret venue of sorts. General Manager Lauren Whilton notes it's open until 2 a.m. as a bar on Friday and Saturday nights. The rest of the time it acts as an event space and dining room for big parties.

But since it's not visible from Ossington, most patrons don't even know it's there. Whilton explains that she and her team have big plans for it and hope to keep it open daily in the summertime. 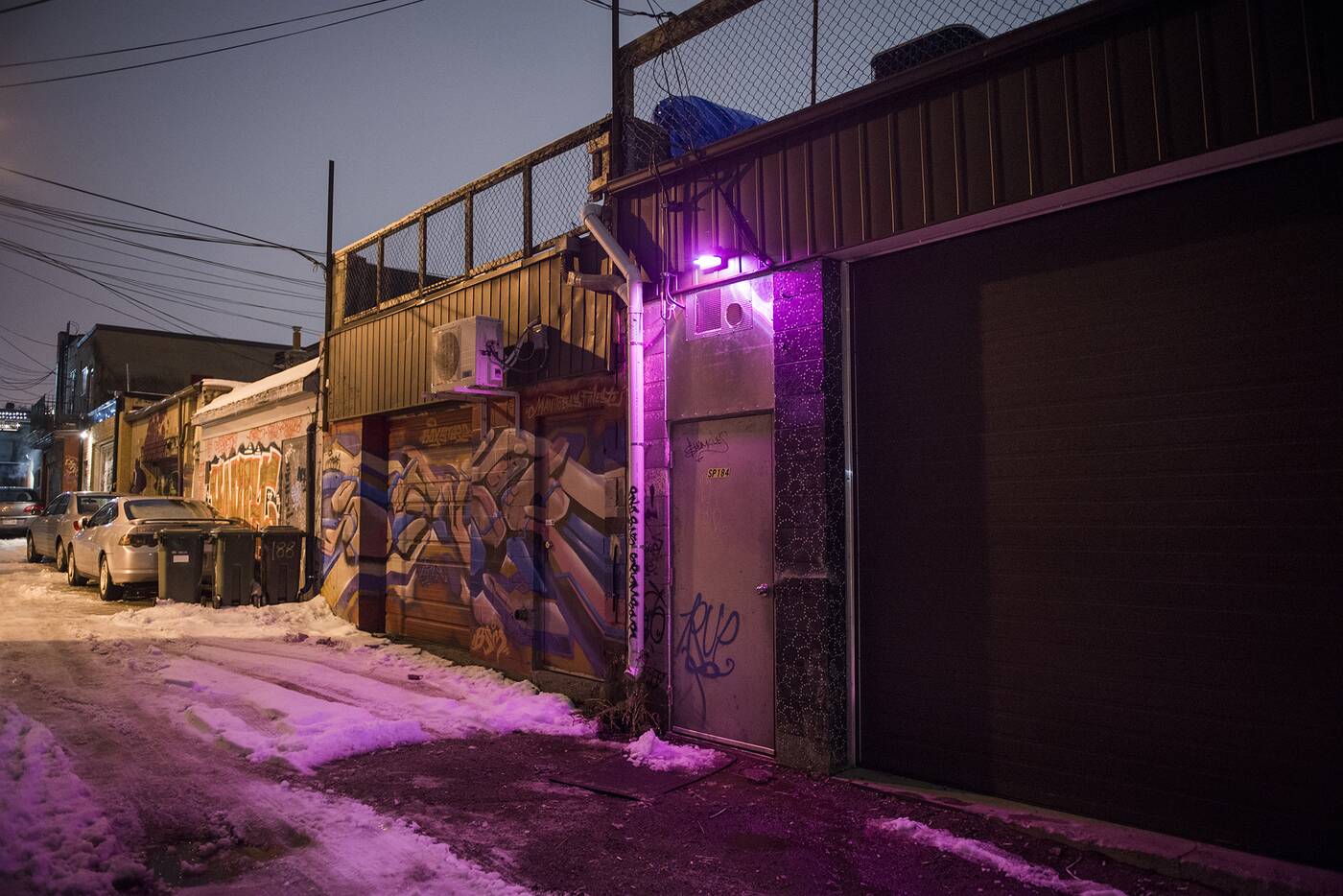 In the meantime, it's a nice surprise for her customers. "It’s kind of fun for people too if they’re having dinner here they can scoot down to the back and they go into this room and they’re like oh my god, I didn’t even know this existed," she says.

By keeping it a secret, it's easier to do crowd control, especially when Ossington gets jam-packed with party-goers on weekends.

The Cloak, Marben's hidden bar, is also in a busy area. But while The Cloak's no longer much of a secret, visitors still need to figure out how to get in - General Manager Alex says that it's all part of the fun.

“It seems to be that people love the idea of showing somebody else the space for the first time," she says. For her, it's that moment of discovery that's important for patrons and even bar owners.

Indeed, other secret bars and restaurants - such as New York's La Esquina and Please Don't Tell - inspired the teams at both Marben and Cold Tea. There's something undeniably chic about taking friends to a space that appears completely concealed.

And some Toronto venues want to stay that way. When approached for comment, a spokesperson for the new South American restaurant Baro said the team doesn't like to do press about their secret spot Escobar. Instead, they like to keep it all under wraps.