The red cups are here! That's right, it's officially the holiday season in Toronto because the Starbucks red cups have landed at cafes all across the city. Instead of the much-maligned simple design from last year, Starbucks has introduced 13 different cups designed by loyal customers from around the world, including two artists from the Toronto area.

Starbucks asked customers to share their cup designs on Instagram. The global coffee chain chose 13 from the 1,200 entries it received.

Anna Bucciarelli, from Toronto, created the so-called "Love and Joy" cup. It features a snow-covered village and leaping reindeer. According to Starbucks, Anna "was trained in petrykivka, an ancient Ukrainian decorative folk art, which influenced her design's intricate line work and details." 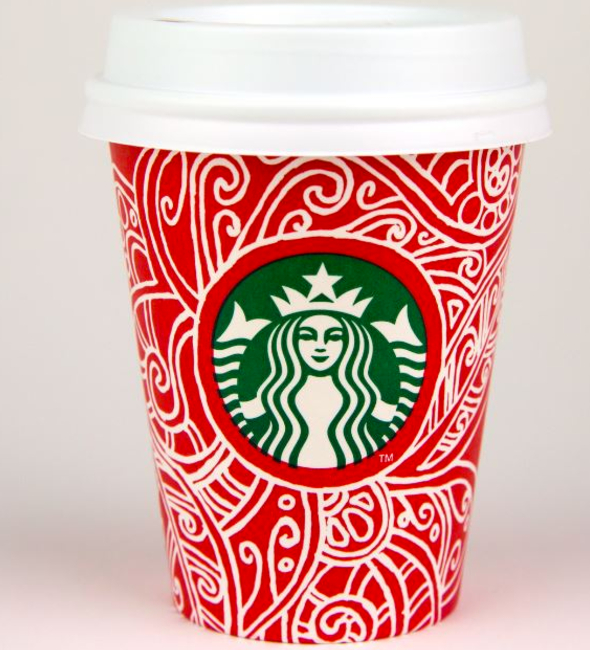 Erica, a new paralegal graduate from Markham, made the "Graphic Swirls" cup. She got started on it while helping her sister recover from knee surgery. "My sister was stuck on the couch for a month, so we spent a lot of time colouring together," she told Starbucks. "When I wanted to change it up, I switched to doodling on Starbucks cups!"

Anna and Erica's cups join 11 other festive creations by coffee drinkers from various countries, including Russia, Indonesia and the United States.