Sushiburri is the latest food truck to join the phalanx of Toronto's options for our new snack craze: the sushi burrito. Basically a giant maki roll, you might have seen this fresh take on a kind of lunch wrap popping up in both mobile and permanent physical stores. Sushiburri offers various fillings for your sushi burrito, as well as poke bowls and rainbow pork belly.

When we got to Mel Lastman Square, they had set up shop next to very similar truck Sushitto. Made quickly, a half serving (a maki roll about the diameter of your fist cut in half) can cost up to $10, but it's super hearty and choc full of veggies, fish, and lots of rice. 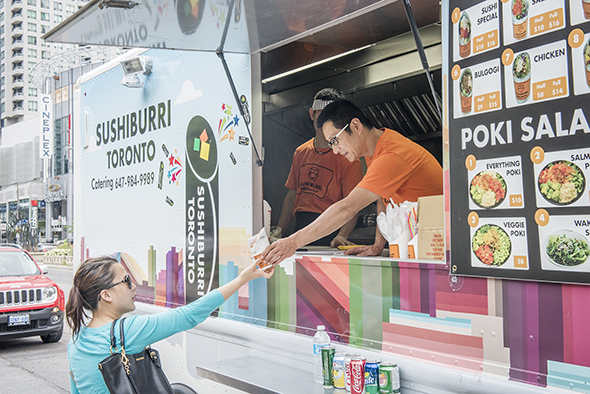 Owner Jaesup Oh was previously a chef in Japanese sushi restaurants in Toronto. He saw how the sushi burrito trend was causing a stir in the United States, and wanted to bring that to Toronto. 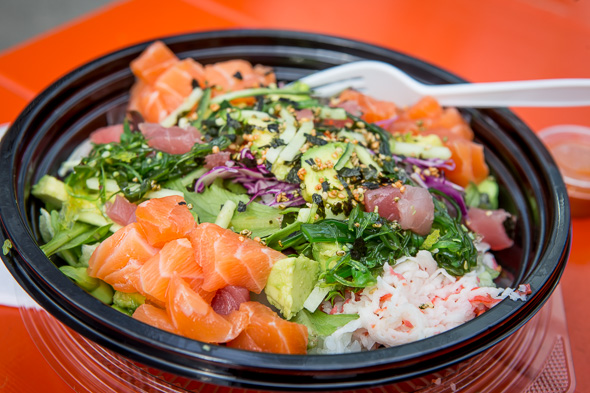 He also saw how Hawaiian poke (a raw fish rice bowl dish) could be seamlessly integrated into that vision, and that he would need to use the highest quality fish. 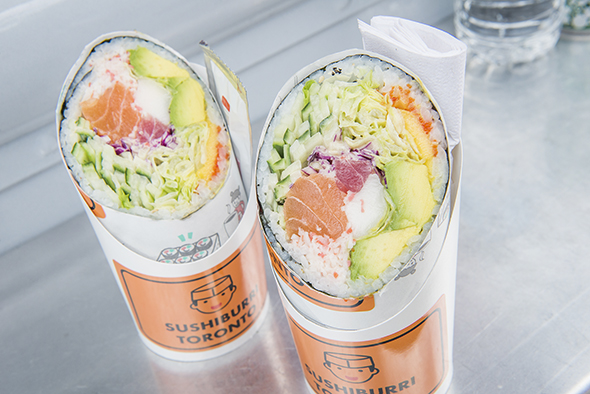 The sushi special burrito ($10) has basically the same ingredients, but with tuna as well as the salmon. Each half of a burrito comes in a cute little cup almost like a cylindrical fry container, and it does a great job of holding in all the bits of filling and sticky rice. 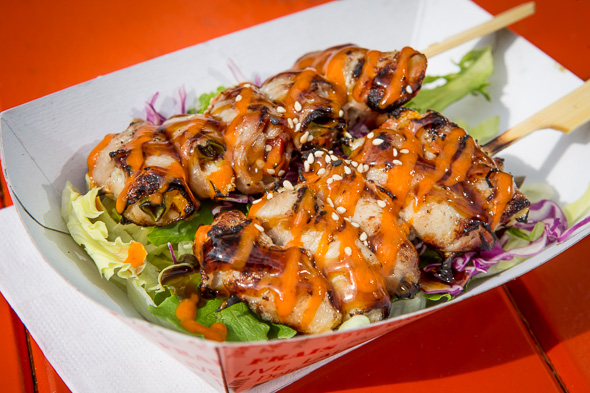 For a less fishy, completely rice-less option is the rainbow pork belly yakitori, which is also a little cheaper at just $5. It's two skewers for that, which is a pretty good deal, plus the sauce, and it's served on a bed of greens. 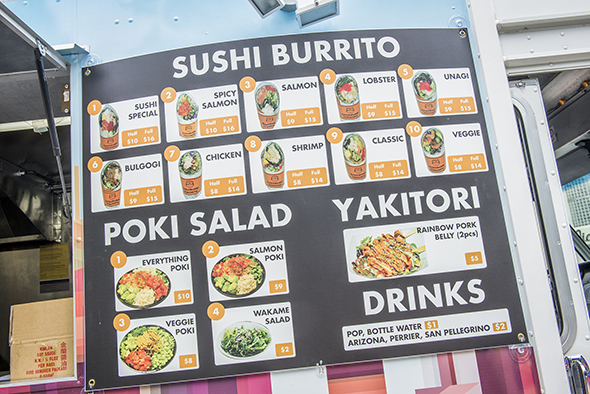 The sushi burrito comes with a complimentary soy sauce packet, and you can ask for wasabi too, but that seems like it would be a bit of a messy affair, however delicious. They offer standard sodas and water for a dollar, and more expensive beverages like Perrier and San Pellegrino for $2. 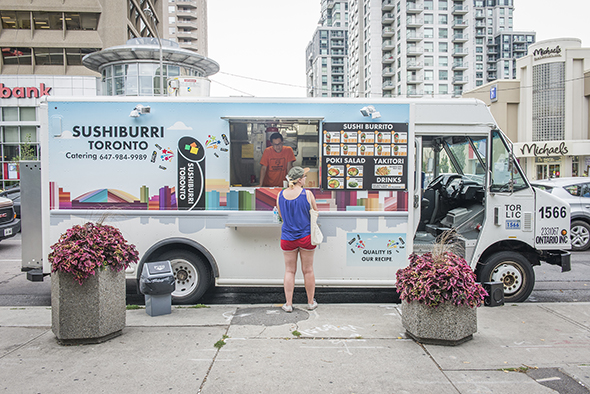