The top 5 patios near High Park

The top patios near High Park will have you drinking and dining mere steps from one of Toronto's most beloved green spaces. These joints are all pretty laid back, so you don't have to worry about swapping out your sandals and shorts for a suit and tie.

Here are my picks for the top patios near High Park.

Whelan's Gate
The back patio at Whelan's Gate looks more like your neighbours backyard than that of a restaurant, but that's part of its charm. The mix of basic bench and table seating and a slightly unkempt garden running around the perimeter creates the perfect atmosphere for throwing back pints with friends. 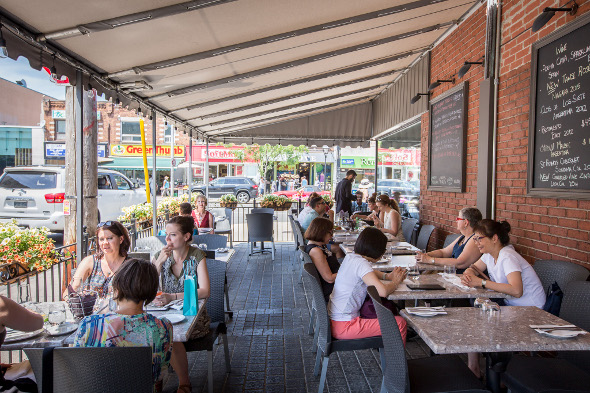 Queen's Pasta Cafe
Queen's Pasta Cafe won't be confused with Buca, but it is one of the classier joints in the High Park neighbourhood. While you won't have to suit up to sit on this patio, it doesn't bring out rowdy pub crowds like some of the surrounding spots. Enjoy a glass of wine and some fresh pasta while taking in the sights of Bloor West Village. 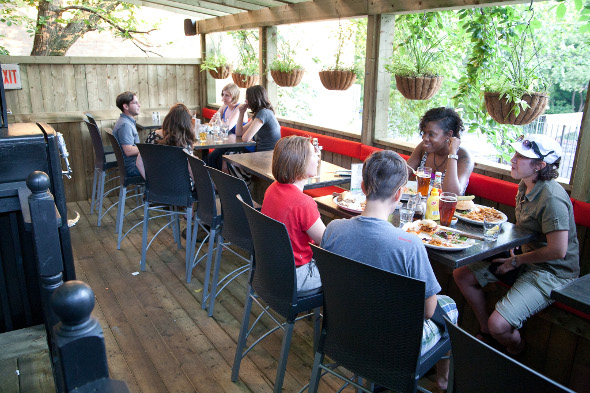 Mugshot Tavern
Mugshot Tavern is just a hop, skip and a jump away from High Park, occupying a space just east of Bloor and Parkside. The restaurant is equipped with two patios: one on the sidewalk and another on the roof. While the front space is nice for people watching, the rooftop reigns supreme. The space is dotted with fairy lights and looks pretty picturesque once the sun goes down. 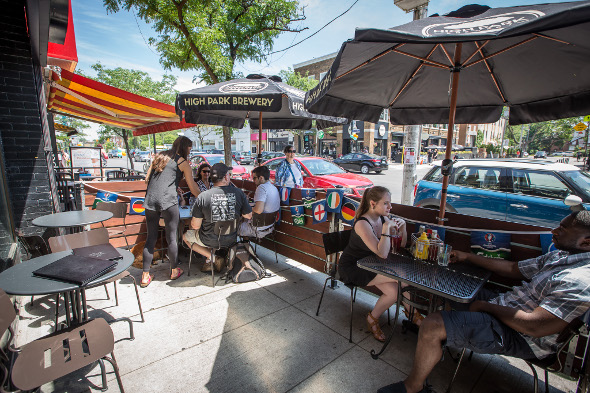 Yellow Griffin Pub
The sidewalk patio at Yellow Griffin Pub is pretty bare bones, sporting only a few tables, branded umbrellas and little else. However, if you're in the market for a good burger and some sun, this place is tried and true. 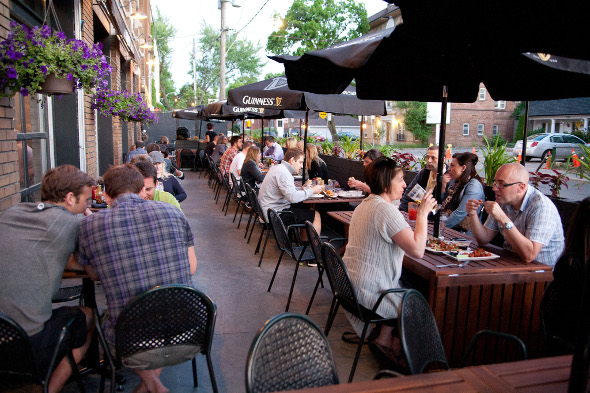 Thanks to Strongbow for sponsoring our 2016 Patio Guide

What did I miss? Add your favourite patio near High Park in the comments.