You can now eat doughnut cones in Toronto

This past weekend one of Toronto's chimney food trucks, Eva's Original Chimneys, launched their highly coveted doughnut cones at the Brick Works. Line ups were long but nobody seemed to mind mind as these stacked cones were well worth the wait.

Here are some of the doughnut cones you can find at this food truck right now.

The Dream Cone ($10) is a cinnamon coated chimney that gets stuffed with Nutella, butter toffee bits, salted caramel brownie chunks and chocolate sauce. 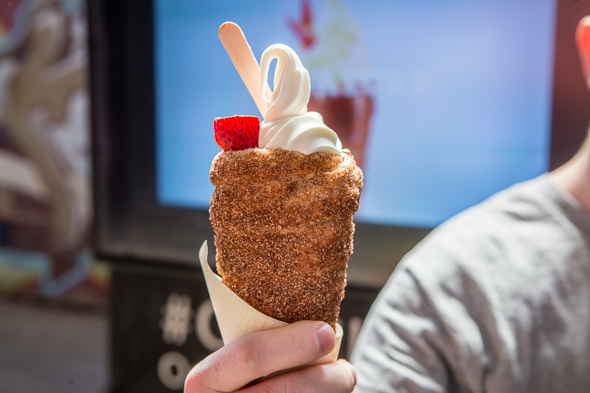 The Original ($8) is a cinnamon coated chimney filled with vanilla soft serve and topped with a strawberry. 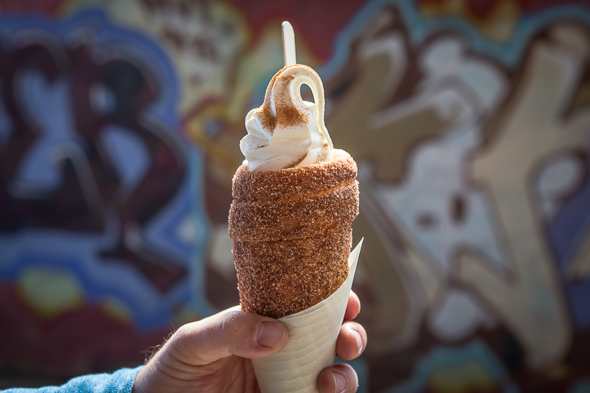 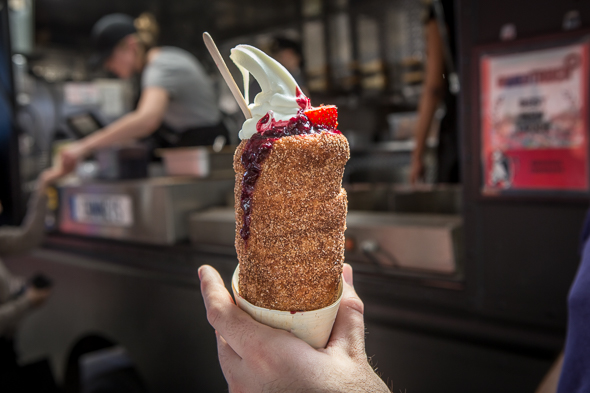 To find out where Eva's Original Chimmeys will be next check torontofoodtrucks.ca or download the Food Trucks app for iPhone or Android. 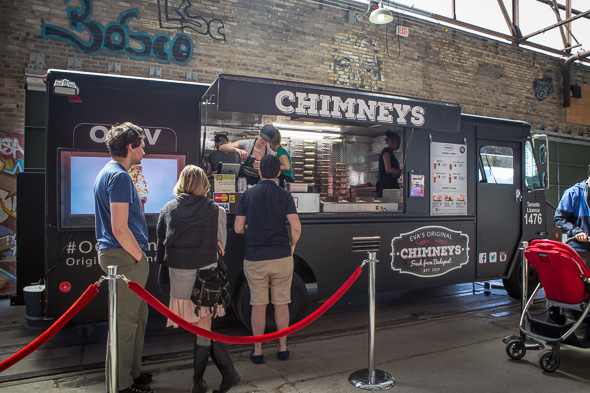