Take a look inside Toronto's latest and greatest brewpub

Bandit Brewery is almost ready to open its doors to Toronto-area beer lovers. Located inside an old auto shop at Dundas and Roncesvalles, the large, open-concept space includes a brewery, a large seating area and a massive street-facing patio.

Co-founders and friends Stephane Dubois and Shehzad Hamza were inspired by German beer gardens. That's why Bandit has long, communal picnic tables. They planted trees on the patio and have lots of greenery inside too. With overhanging, twinkly Edison-style bulbs, the brewery feels like it could maintain a summery vibe all year long. 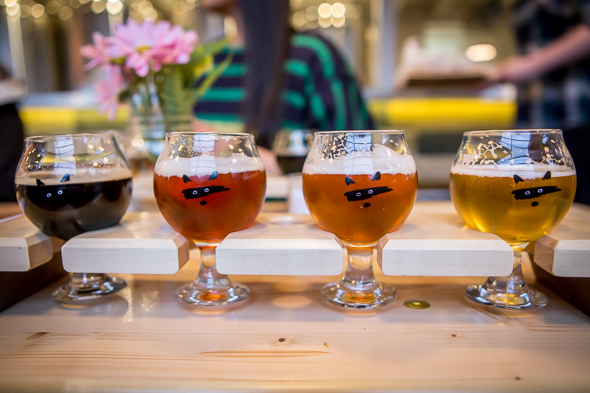 I try a flight of four beers, including the Farmed & Dangerous saison (5.25%), Bandit's APA (5.25%), the Cone Ranger IPA (5.5%) and the Smoke of the Porter (5%) - I fall in love with the porter. It's brewed with peppercorns and has a distinct smoky flavour. When Bandit finally opens, it'll have around 15 original brews on tap. 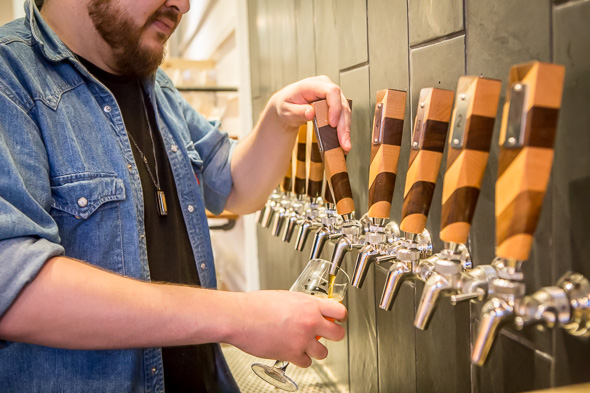 And there's plenty to nibble on as you sip on your beer. Chef Harrison Hennick created small menu that features 10 shareable plates. 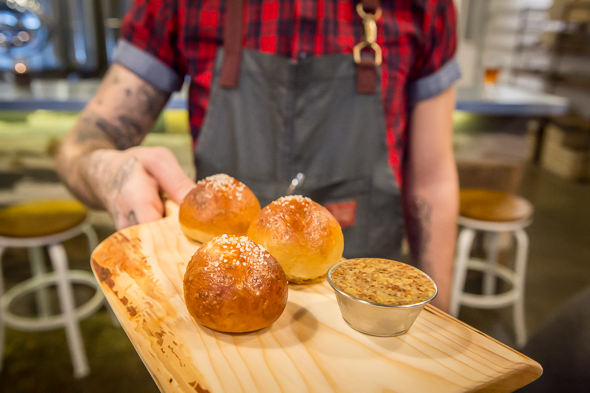 His fresh pretzels are addictive. As are the parmesan-dusted fries, which come served with a creamy aioli. 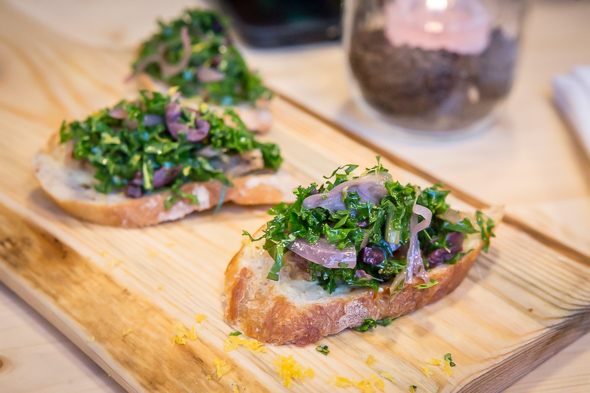 The smelt escabeche is particularly refreshing. For this dish, deep fried smelts come on top of crunchy crostini with kale, red onions, olives and some lemon zest. It's a messy, albeit delicious, two-bite affair. 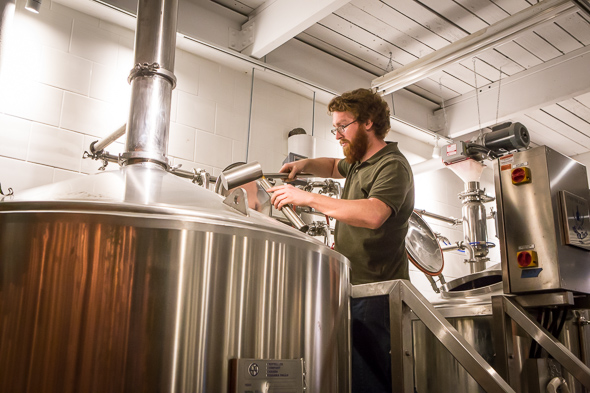 "It's going to be like the new Bellwoods," I overhear one woman say as I walk through the space. 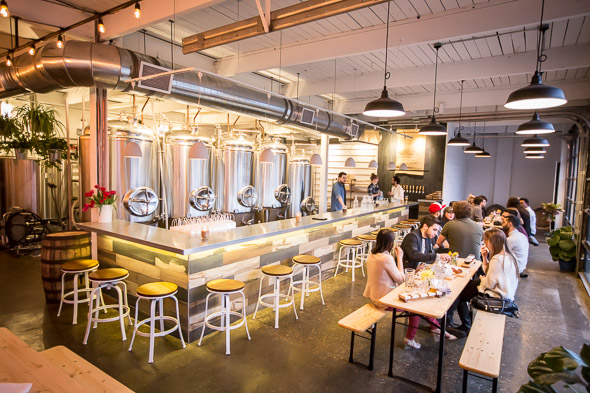 And it's not hard to imagine the place filled with west-enders once Bandit finally opens up at the end of this month. 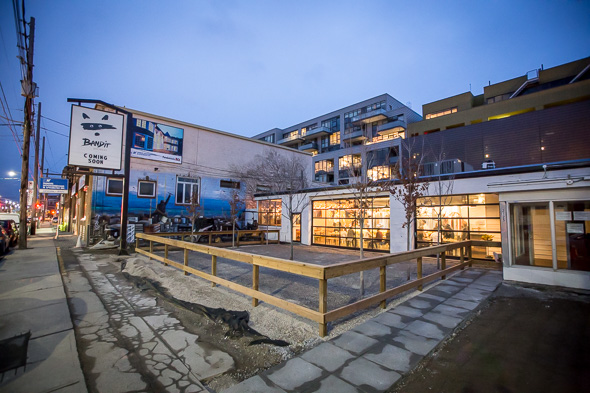