Behind the scenes of You Gotta Eat Here! in Toronto

If there weren't a piece of paper posted on the door outside of Mimico's modern Indian restaurant Tich informing you otherwise, you'd never guess that comedian/host and Toronto-native John Catucci and a television crew were filming the popular Food Network Canada show You Gotta Eat Here! inside.

We're only in the know because we've been invited to observe the taping of an episode of this food and travel series, now in its fifth season. The show's been described as the Canadian equivalent to Diners, Drive-Ins and Dives, as it features comfort food spots across Canada, the U.S. and, new to this season, Europe. 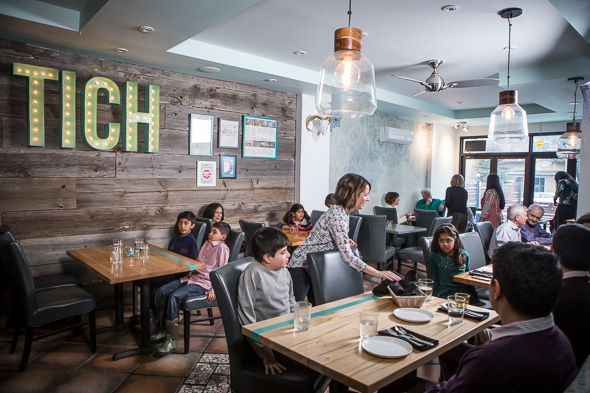 Since YGEH's production company is based here, the show has visited a ton of Toronto restaurants over the past four seasons, including faves like Emma's Country Kitchen, Sky Blue Sky and Burger's Priest. So far this season, the show's already been to Kinton Ramen, Casa Manila and 850 Degrees. Other upcoming spots? The Borough and Saturday Dinette.

Of course, the dining possibilities are endless (as I've personally learned myself, from writing about food in this city), and Catucci tells me they choose which places to feature by researching viewers' suggestions on social media, getting recommendations through word of mouth and by scouring reviews and blogs on the 'net. 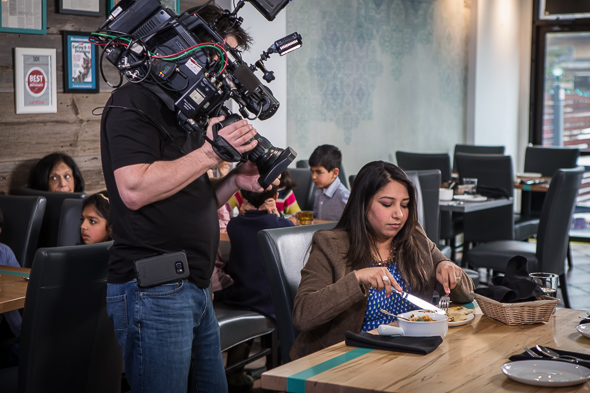 We arrive on their second day of shooting at Tich (the kitchen scenes where Catucci learns how to make three of the restaurant's signature dishes were shot the previous day), after they've already spent half a day shooting "food beauties" (basically, food-porn shots of the dishes featured), and now they're interviewing invited diners to get choice soundbites.

It usually takes two days to film each restaurant's segment, so it takes six days to shoot each show since they visit three places per episode. With 28 episodes a season, that's a lot of shooting days. Luckily, they have long lead times; currently, they're airing episodes that were shot last June, and this segment on Tich should air in the fall.

A collective "shhhh!" fills the room before the cameras roll, and featured dishes zip out of the kitchen when needed. Catucci and the producers interview and direct the diners, who rave about the restaurant's signature dishes, including delicious chicken pakoras, chicken tikka masala and kulfi. 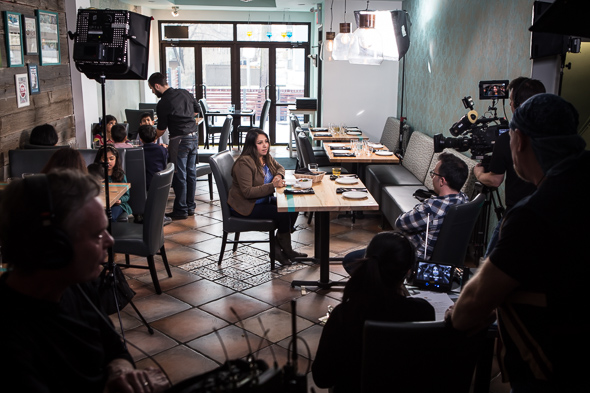 I notice a large number of children on the set, and Steven Mitchell, one of the series' producers, tells me kids and food are hot right now (see: MasterChef Junior and Kids Baking Championship), so we'll be seeing a lot more pint-sized foodies in future episodes.

I do have to admit that they're pretty adorable, and occasionally - and endearingly - a little too honest with their answers during interviews.

As one might suspect, everything is not as spontaneous as it might appear on television; sometimes second and third takes (especially when working with kids) are necessary, and sometimes a kid might say something off the cuff that's perfect, and then be encouraged to say it again and again so that the mics can pick it up properly.

After a couple of hours, the kids all gather around Catucci to film the part where they all shout out the show's eponymous catchphrase, and the first round of interviews is over. 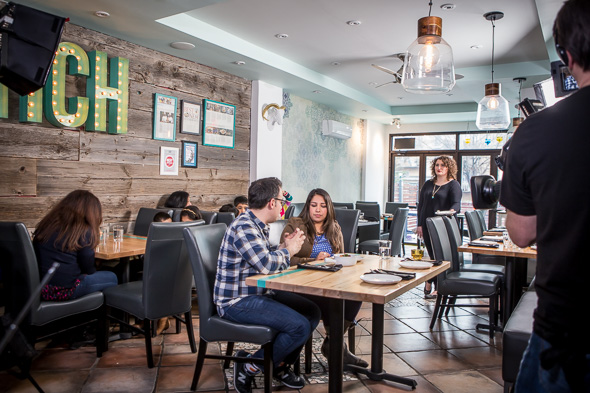 I get a few moments to speak with Catucci, and he tells me that while he's not a chef, he does consider himself a professional eater. Being of Italian descent, his favourite cuisine is - unsurprisingly - Italian. His fave place to eat in the city is Frank's Pizza House, for its calzones and panzerotti, yet what is surprising is that the place hasn't been featured on YGEH yet.

Catucci hopes to feature the old-school Italian pizza joint eventually. "Knock on wood we get to," he says. "I've known George - the owner - and his family for years - I went to high school with George."

Even though Catucci can't take much spice, he still appreciates Tich's chicken tikka masala. "It was just incredible," Catucci tells me. "Seeing them make a masala from scratch, seeing them make a curry from 30 different ingredients and how painstakingly precise they are, you see the mastery and the artistry in that form of cooking."

He adds, "You don't really get to see that when you get curry from a jar at a grocery store and just throw chicken in it. To see all the steps and how much they love doing what they're doing....it's kind of magical." 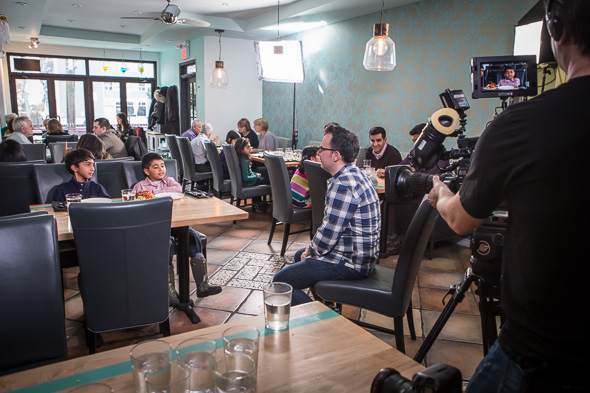 So has the show inspired him to cook more? "I try. I'm also very f*cking lazy, you know? So there's that. I'd rather eat out. We do cook at home - but I'm never home - I'm always on the road."

He's not really exaggerating. After Tich, the crew heads across the Atlantic to film in the U.K. and in Ireland, their second trek to Europe after having already completed a bunch of episodes in Italy that recently aired.

Mitchell tells me they're trying to shoot wherever the show is broadcasted, which means there's a possibility they could be heading to Southeast Asia for Season Six.

When we leave, the crew is preparing to film another round of interviews with a second wave of invited patrons who've just arrived. Just from snacking on Tich's pakoras, I have to agree with the show: You've gotta eat here. 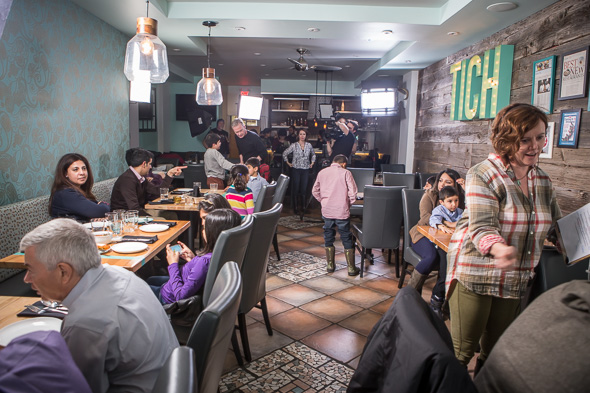