Ramen and burgers aren't usually thought of in tandem. But, one enterprising Torontonian is set on marrying the two comfort foods together.

Anthony Chan, who calls himself a ramen blogger and food artist on Instagram, maintains a social feed filled with tantalizing photos of Japanese noodle soup along with other delicious-looking dishes and treats. 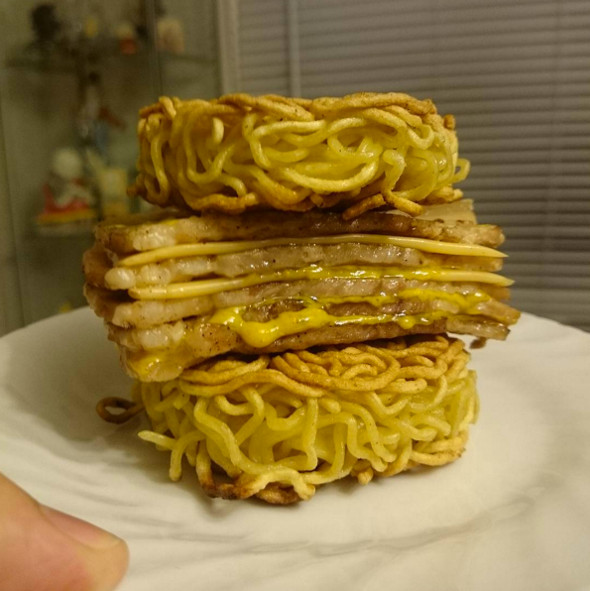 "I had encountered the ramen burger once at the Night It Up Market in Toronto," says Chan via email. "However, it was sold out by the time I arrived to the night market."

While Chan knows restaurants in cities such as New York and Vancouver sell ramen burgers, he has yet to see one on a local menu. That's why he decided to create his own. 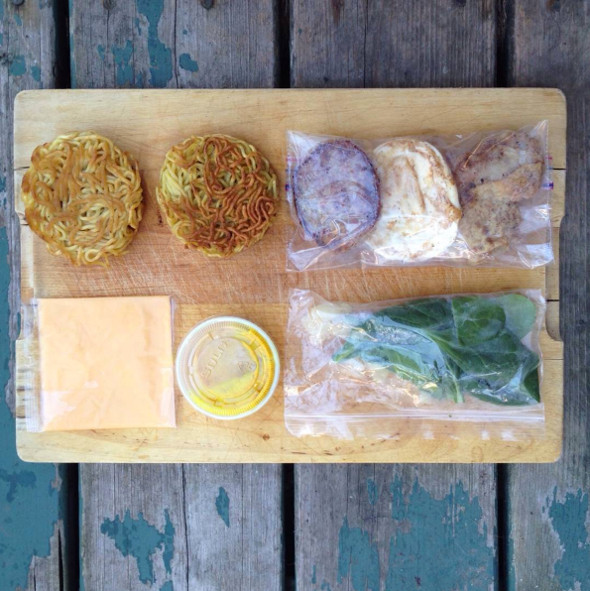 Each kit features: four ramen patties (two buns); a protein option like a fish fillet, fried chicken or sausage and eggs; two slices of cheese; curry mayo or tomato salsa; and spinach, lettuce or arugula. Chan notes that other toppings will be available upon request.

Currently, Chan's running a contest via Instagram where he'll be giving away two of these DIY kits. The lucky winners will have to be able to pick up their prize in the Toronto area.