Why beer cans are all the rage with Toronto brewers

Whether it be memories of your dad's garage fridge filled with industrial lager in little tins or visions of shotgunning affordable lagers at college parties, beer cans have, for the most part, gotten a bad rap as something like the poor-man's beverage container.

Increasingly, as Toronto's craft beer scene booms and the city's brewers seek out the best ways to sell their beer, cans are becoming the preferred option. But why?

Jeff Rogowsky, the co-founder of Session Craft Canning, has seen the popularity of cans grow in the last few years. Rogowsky's company is a mobile operation that brings canning capabilities to craft brewers who often can't afford their own expensive canning lines.

I spoke with Rogowsky via email and he told me that he thinks the increased popularity of cans is largely being driven by consumer demand. "Canning gained popularity," he says, "because it allowed people to take beer to more places--golf courses, beaches, in a backpack, to a movie theatre--cans are infinitely more portable and easier to travel with."

Erica Campbell, Brewery Manager for Black Oak Brewery and a Co-Founder of The Society of Beer Drinking Ladies, agrees that the rise in cans is consumer-driven. Black Oak Brewery has been around for 16 years and the company just recently began canning their Nut Brown and Pale Ale. "Customers like variety," she says via email, "and tall boys are great for grabbing a bunch of different Ontario craft brews." 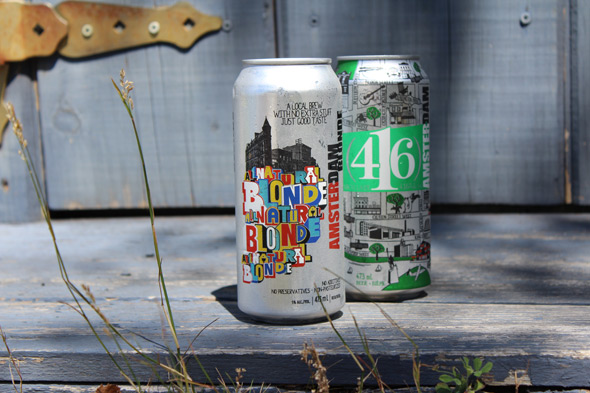 Another big reason consumers are asking for cans is for their ability to keep beer fresh. While you may have memories of beer cans imparting a "tinny" taste on your brew, that's no longer the case. Beer cans are now sprayed with an interior coating which means the tinny taste is long gone.

That skunky taste you may get from those beers you have to put limes in comes from beer being exposed to light--often through their colourless glass bottles. Cans keep beer out of the light, ensuring they don't go skunky. Cans are also generally better than the crown caps on bottles for keeping out air. Exposure to oxygen makes beer go stale prematurely.

Of course, because this is Ontario and we're talking about beer, there's also an element of politics involved in the rising popularity of canned craft beer. Tall cans are the most popular retail choice for brewers who opt to sell their beer at the LCBO, one of only three places brewers can sell containers of their beer, by law.

In this increasingly crowded retail environment, brewers have a much easier time getting their beer listed at the LCBO if it's in a can as opposed to the 500mL, 650mL, or 750mL bottles sometimes used by craft brewers. So, for brewers who are thinking strategically about the best format to sell their beer, cans become the best option.

What do you think about canned beer? Is that satisfying "TSST" sound of a can being opened your favourite sound, or do you still prefer prying the cap of a long-necked bottle of brew?