Restaurants with stunning interior design in Toronto give diners the chance to drool over the decor as well as their meal. These destinations put emphasis on everything that meets the eye making for a truly intriguing and immersive experience.

Here are my picks for the top restaurants with stunning interior design in Toronto.

Found at the corner of Adelaide & John near King West is this breathtaking Italian restaurant. The room is bathed in light and features plenty of muted pastels. The floors are polished concrete, while the ceiling is patterned with blooms. 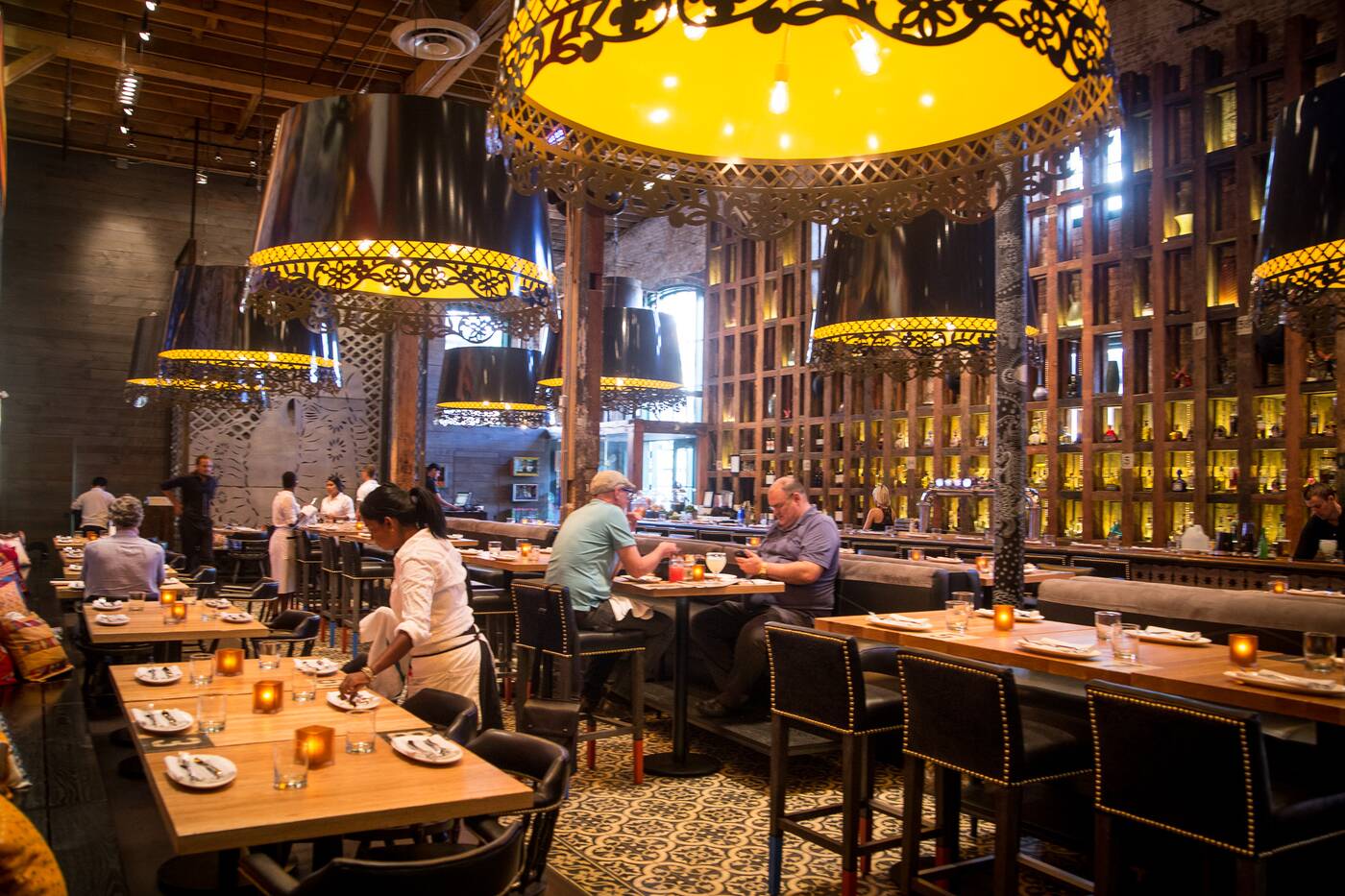 This Distillery District spot has to be the most beautiful Mexican restaurants in Toronto. The vibe here is Day of the Dead on acid. Large, chandelier inspired lighting fixtures light fill the enormous space decorated with smiling skulls, neon flowers and a giant murals. 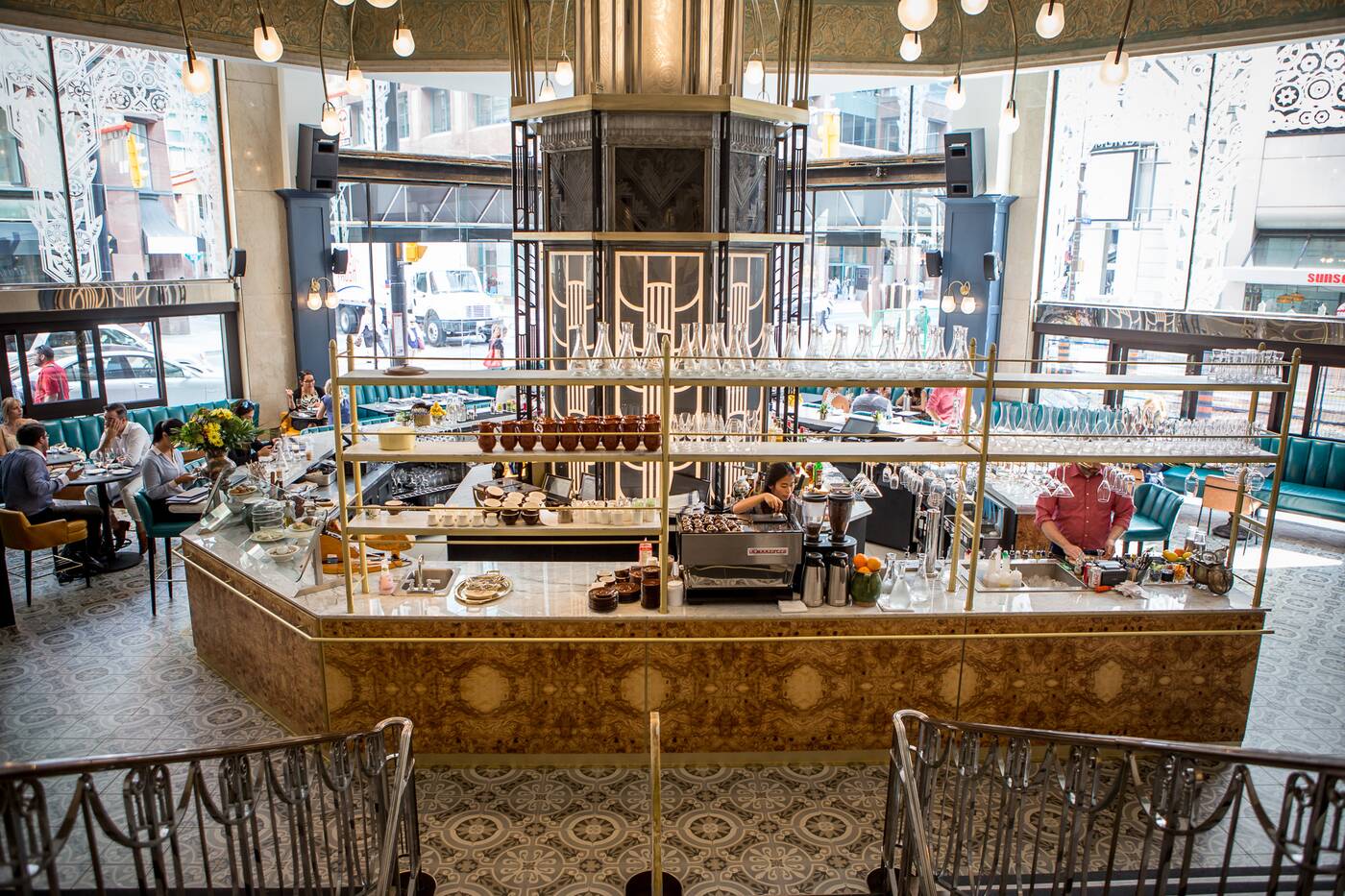 An octagonal bar can be found on the main floor of Lena. Photo by Jesse Milns.

This massive restaurant located in the Financial District has taken over the former Hudson Bay space. The restaurant embraces the building's historical elegance with its etched stained glass, oxidized copper cornices and grand staircases. 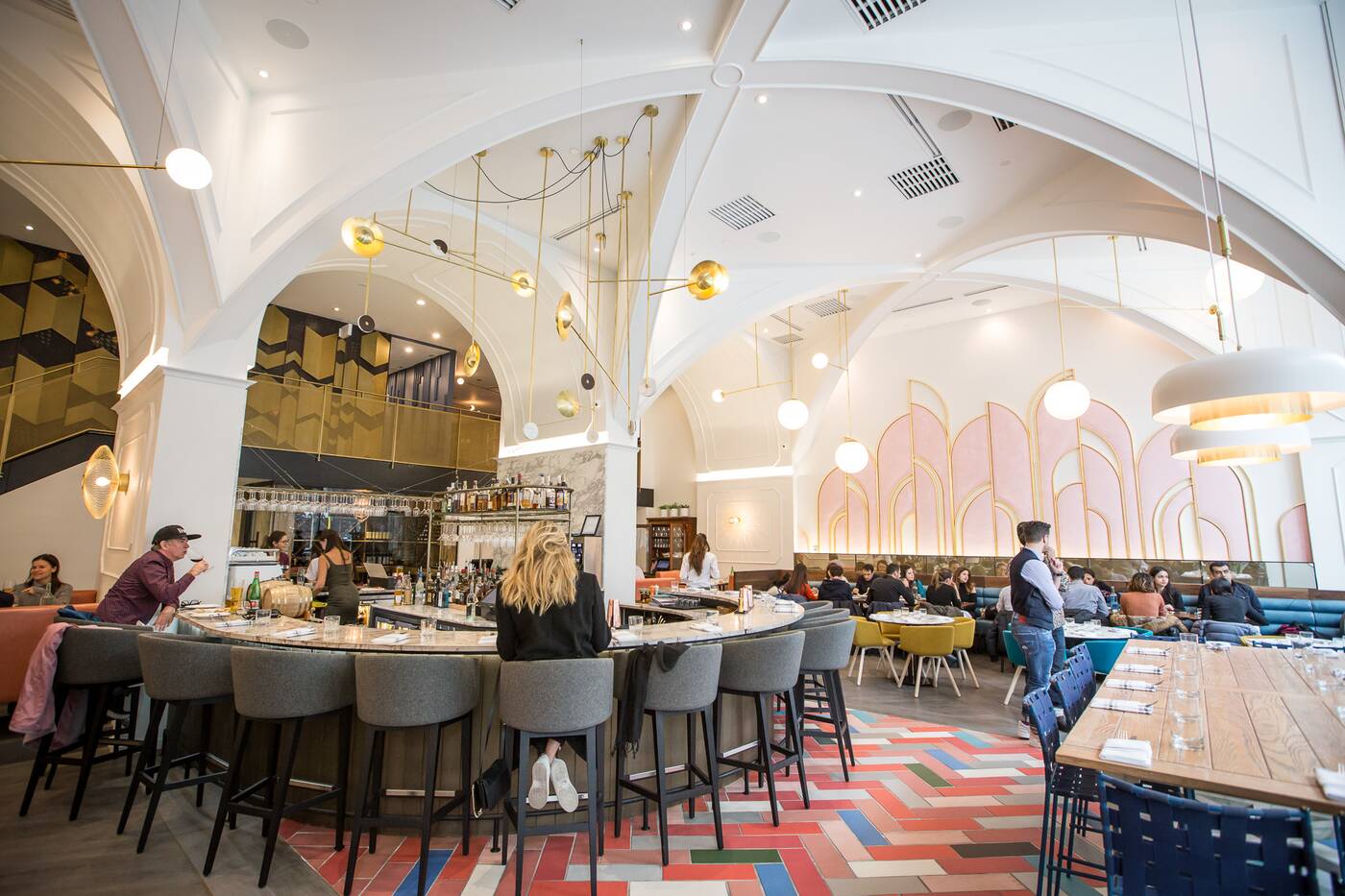 Oretta is beautifully decorated from the floor to the ceiling. Photo by Jesse Milns.

King West is home to a sophisticated, but casual Italian restaurant with a chic mid-century modern environment. The space gives off '60s vibes and is airy with pastel and jewel tones. It also sports mesmerizing swooping arches. 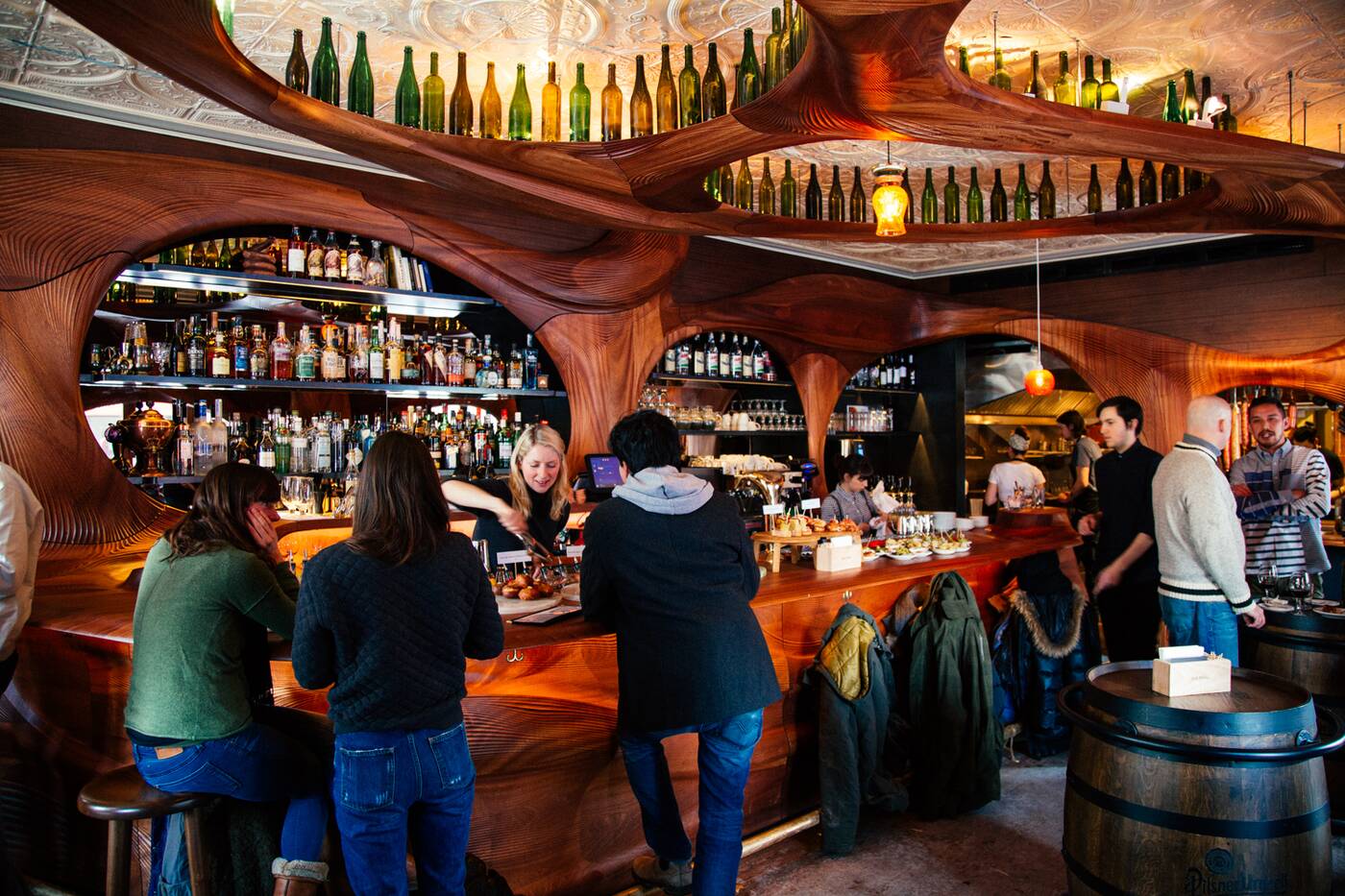 A visit to Bar Raval will transport you to Spain. Photo by Josh Chong.

The younger sibling of Bar Isabel feels unlike any other restaurant in Toronto. Lined in deep, curved mahogany paneling, the Little Italy spot pays homage to the intricate Gaudi houses scattered across Barcelona. Tucked a few meters away from busy King West, Patria aims to recreate Barcelona style tapas, though don't be fooled, this place is anything but casual. The piece de resistance has to be the colourful, needlepoint creation hanging above the staircase. 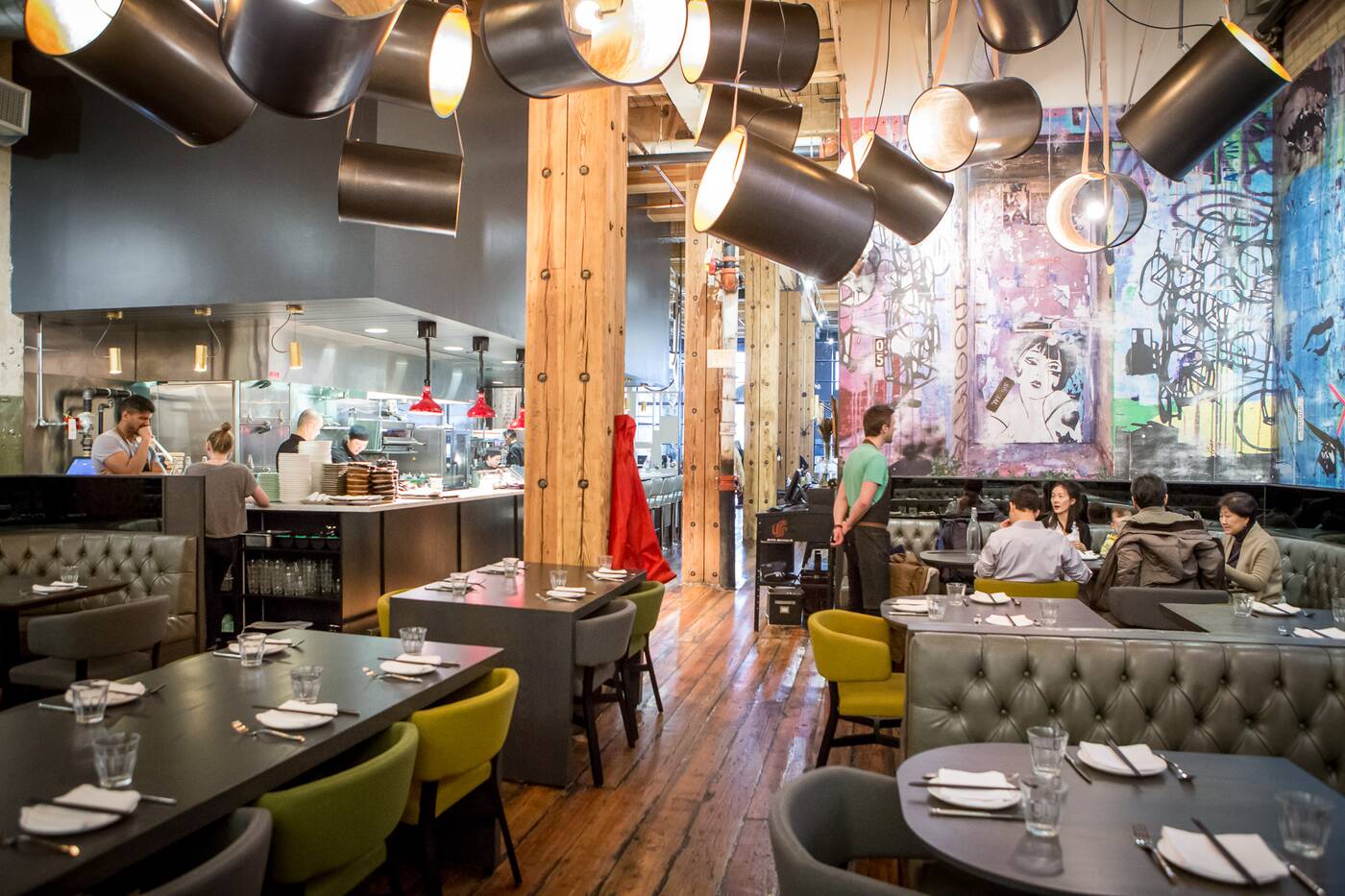 The interior of R & D is anything but basic. Photo by Jesse Milns. 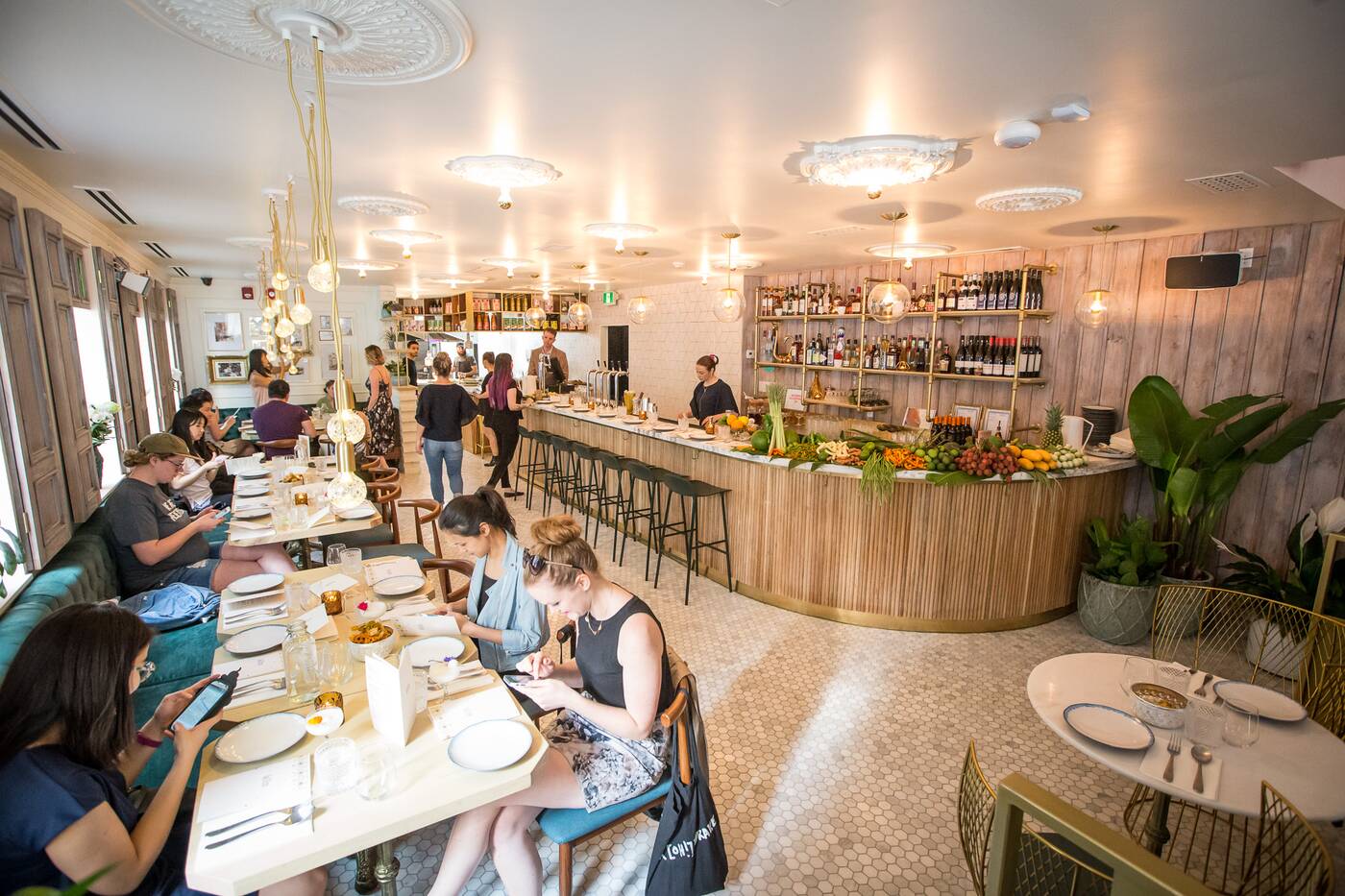 Kiin has a transformed what was once a dark space into a bright and airy one. Photo by Jesse Milns.

What use to be the location of Khao San Road has been transformed into a space that is hardly recognizable. The restaurant near King West was once relatively dark, and now it’s brightened by several windows with shutters that recall royal houses in Thailand. 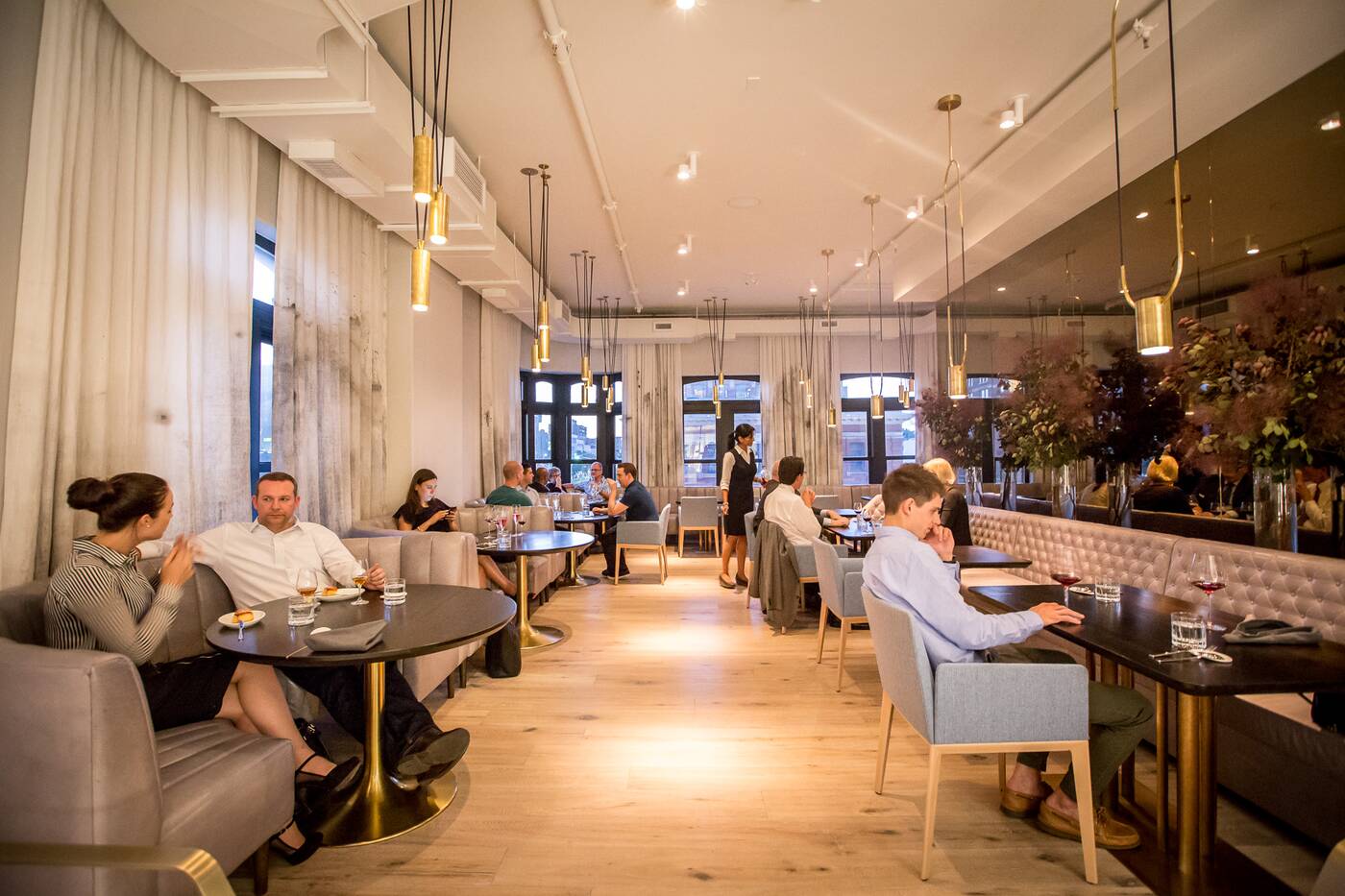 Cozy up in a leather booth at Toronto's Alo restaurant. Photo by Jesse Milns.

Not only is this Queen West destination one of the best spots for cocktails and the tasting menu experience in the city, but it also boasts a spectacular interior. Its a luxe atmosphere swathed in cool greys and blues and accented with warm woods and brass light fixtures. 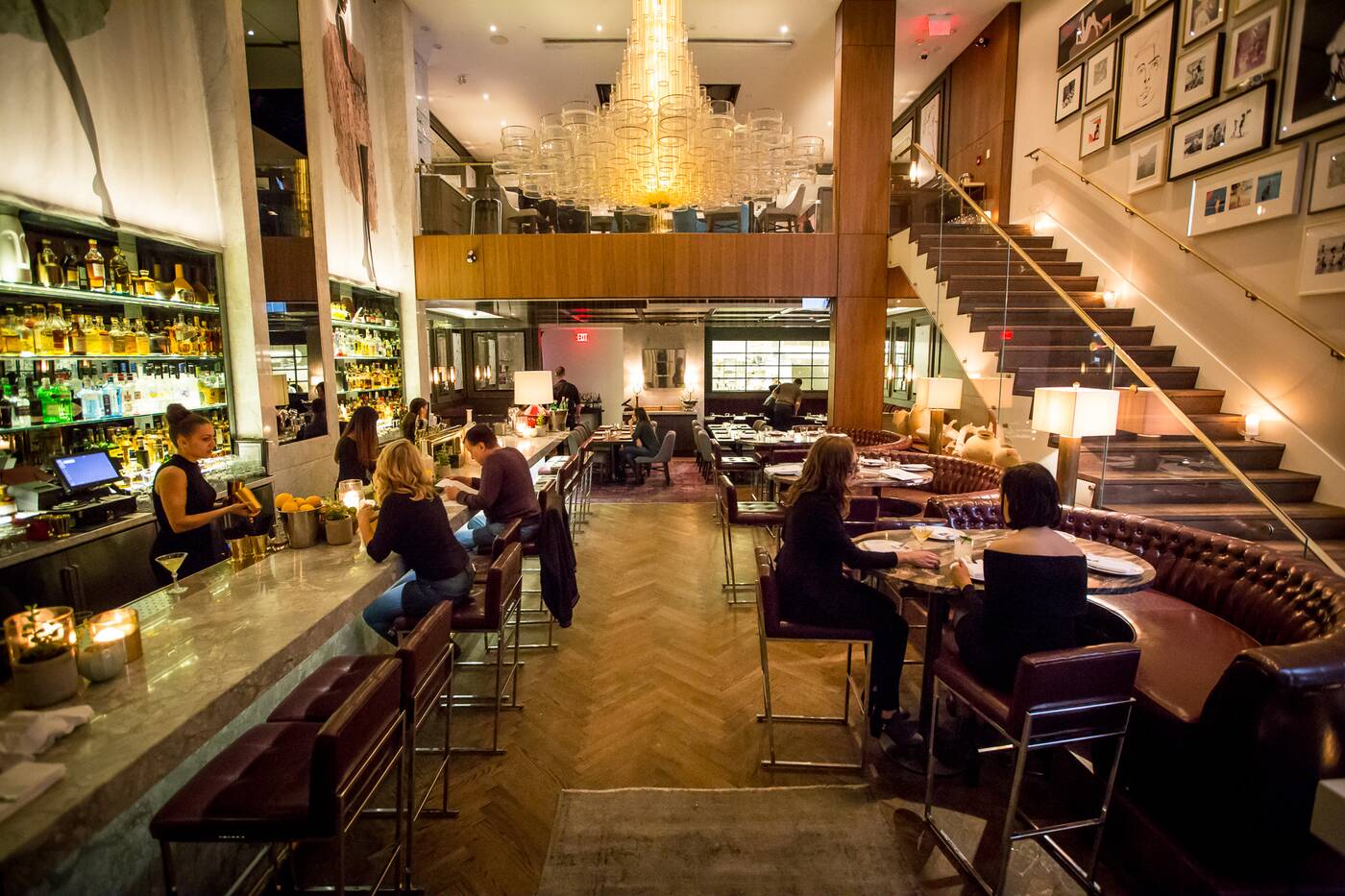 Estia's chandelier is a real showstopper. Photo by Jesse Milns.

The establishment turned over from NAO Steakhouse and is now a elegant restaurant specializing in seafood. Now the Yorkville space is dominated by jewel tones of burgundy and teal and a huge wall of velvet that makes the place feel timeless.

Jesse Milns at Figo. With files from Maria Vanta.