The Warehouse Group, the ownership team behind El Furniture Warehouse and Queen Street Warehouse, find themselves in hot water with its social media followers after an Instagram post related to Caitlyn Jenner proved the subject of criticism for its alleged tastelessness.

The photo in question depicts the hypothetical rear perspective of the now famous Vanity Fair cover. I probably don't need to do any further descriptive work as the photo speaks for itself. What exactly it says, however, is another matter entirely.

Followers were quick to criticize the post, characterizing it as "really fucking obnoxious" and "tasteless," while the Reddit thread that followed when a screen grab was posted there is equally harsh at times.

An apology has yet to be issued from the restaurant group, though it has notably made its Instagram account private in the wake of the criticism. That's unlikely to mollify anyone now that the post is attracting attention beyond the Warehouse Group's social media following. 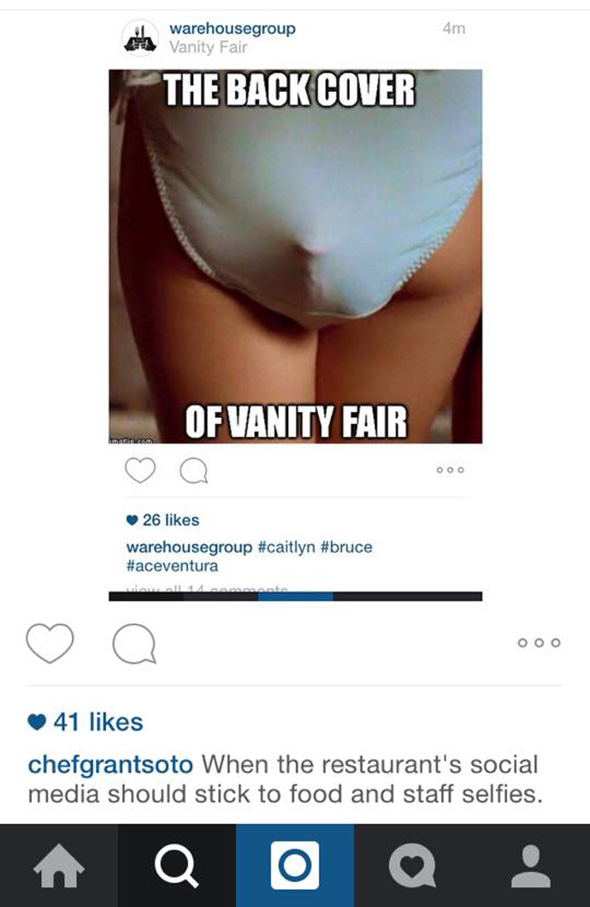 What do you think of the photo and response?

Update (2:30pm): The Warehouse Group has now apologized for the image and provided an explanation for its posting and subsequent removal.