10 ballparks with better eats than the Rogers Centre

With the Toronto Blue Jays home opener about to kick off, hope springs eternal for a return to the post season, but so too does it for better food at the Rogers Centre. Sure, the stadium's offerings are a hell of a lot better better than the SkyDome's McDonald's days, but despite some fancy names and descriptions, the ballpark's menu leaves much to be desired. It's as if the city's diverse food scene is not allowed inside.

Let's take a tour around other MLB ballparks to get a sense of what we're missing.

Arizona Diamondbacks - Churro Dog
Given baseball's longstanding obsession with hot dogs, this re-imagination of the ballpark classic just makes sense. A sweet tooth's dream, this sucker consists of a churro wrapped in an eclair, which is topped with frozen yogourt and whipped cream. 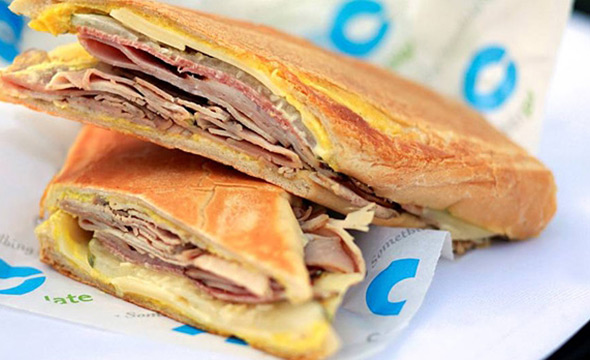 Tampa Bay Rays - Cuban Sandwich
Tropicana Field has a host of delicious food offerings, but none so appetizing as its Cuban sandwich, which features smoky ham, pork, and Genoa salami laid on Cuban bread spread with Swiss cheese, pickles and mustard. 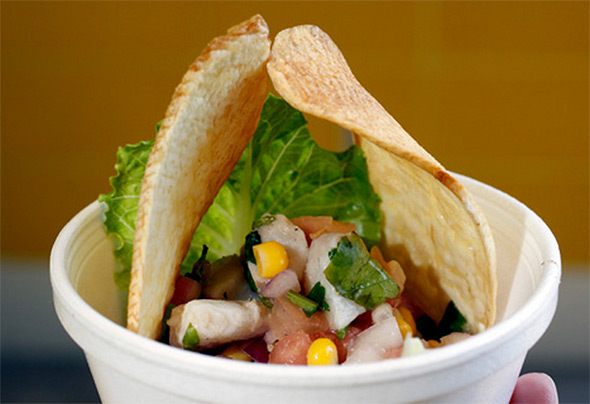 Miami Marlins - Ceviche
One of the problems with the food at the Rogers Centre is that it doesn't adequately represent the diverse cuisines on offer just outside its gates. Case in point: the simple ceviche served at Marlins Park isn't classic ballpark food, but it's light and refreshing while also representative of the city's food culture. 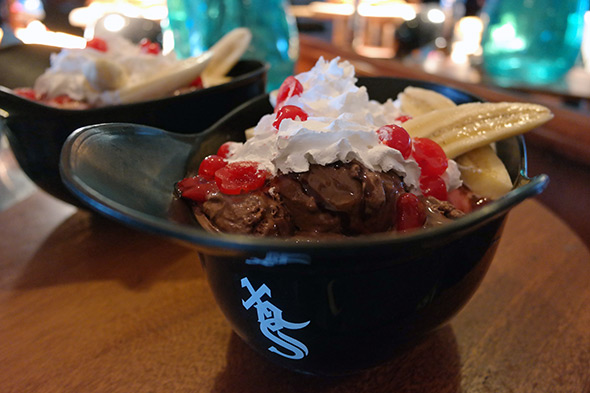 Chicago White Sox - Bana Split Sundae
The savoury eats aren't anything to turn your nose up at US Cellular Field (think chicken and waffles sandwiches and bacon on a stick), but the highlight is surely the three pound banana split sundae served in a helmet. 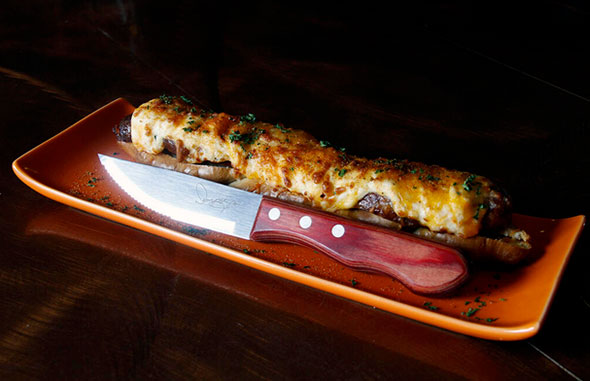 Baltimore Orioles - Walk Off
Camden Yard's waffle fries have been a hit with the fans since being introduced a couple of seasons ago. They make the perfect accompaniment to the Walk Off, a gourmet take on the classic ballpark frank that's made up of a Roma sausage topped with Old Bay crab dip. 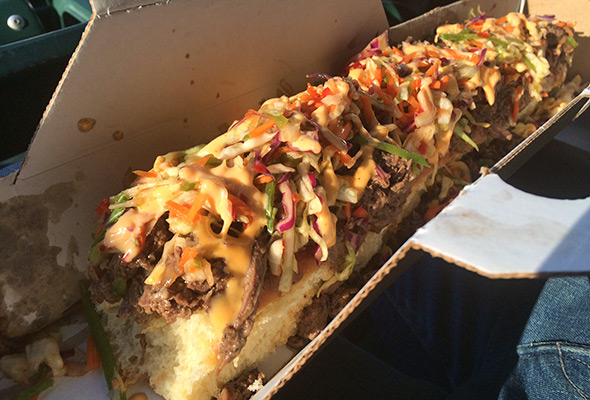 Texas Rangers - Choomongus
When Rangers fans have to suffer through a snoozer of a game at Globe Life Park at least they have the option of occupying themselves by feeding on a massive, two foot-long Korean Beef sandwich. Fan camaraderie is fostered by group efforts to finish this monster. 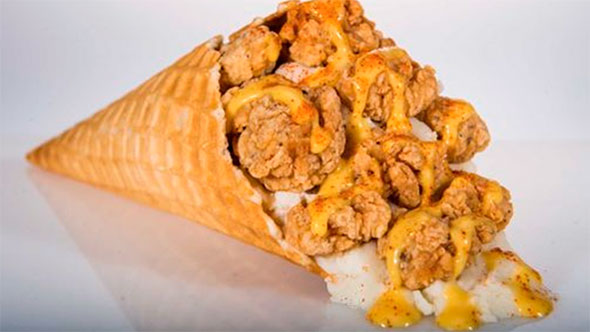 Houston Astros - Chicken and Waffle cone
Now this is just smart. You want chicken and waffles but you don't want to make a mess all over yourself while you watch the game. The solution is simple at Minute Maid Park: serve the chicken in the waffle! 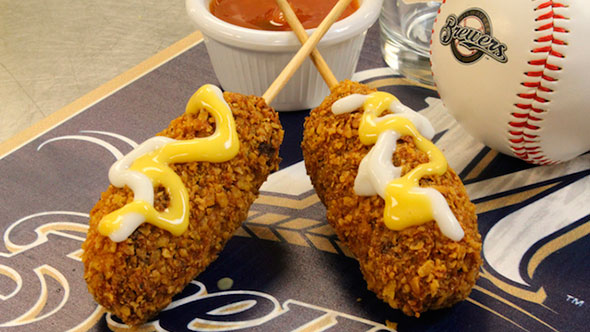 Milwaukee Brewers - Nachos on a stick
Miller Park is home to nachos on a stick (yes, you heard that right), which are composed of beef and refried beans rolled in Doritos, before being deep fried into one crispy and easy to eat treat. Hungry yet? 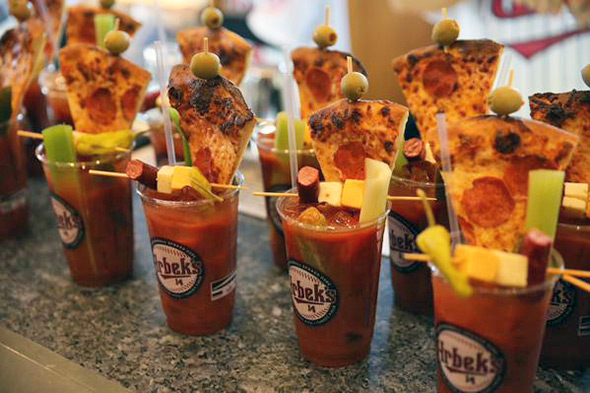 Minnesota Twins - Pizza-Adorned Bloody Mary
Who says you have to drink beer at the ballpark? Given how much Toronto loves its Caesars, perhaps we could steal some inspiration from this pizza-adorned Bloody Mary they serve at Hrbek's Pub in Target Field. 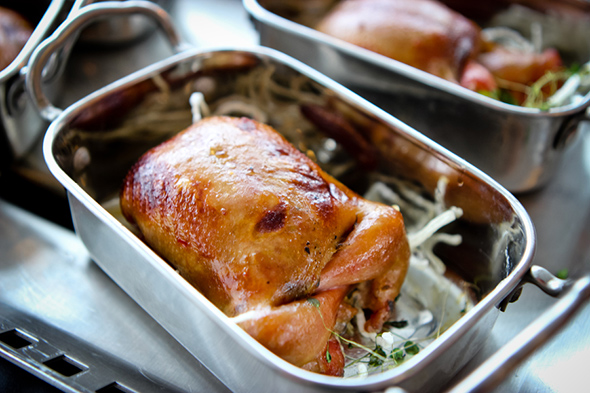 Cincinnati Reds - Stuffed Quail
Mr. Red's Smokehouse at the Great American Ballpark won't offer you humble chicken wings. Nope, here you can get your hands on stuffed quail. Perhaps it'd be easier to sell premium tickets at the Rogers Centre if the food was this refined.

What would you like to see offered at the Rogers Centre? Add your favourite ballpark foods in the comments.