Popular West Queen West brunch spot Swan is no more. A landlord's notice posted on the front door informs those passing by that the restaurant was behind on rent and has now been locked out of the premises. No note from ownership has been posted to social media to announce the closure, and up until a few days ago it seemed like it was business as usual.

It's a bit surprising to see the place go, even as criticisms regarding the consistency of the food have circulated for years. Open since 1997, Swan was something of a pioneer on West Queen West, predating the arrival of the nearby Candy Factory Lofts and places like the Drake and Gladstone to the west. It was more than a brunch spot, of course, but that's been its calling card for as long as I can remember.

One thing is for sure, a prime restaurant space has just opened up on a popular stretch of Queen St., and I wouldn't expect it to remain vacant for too long. 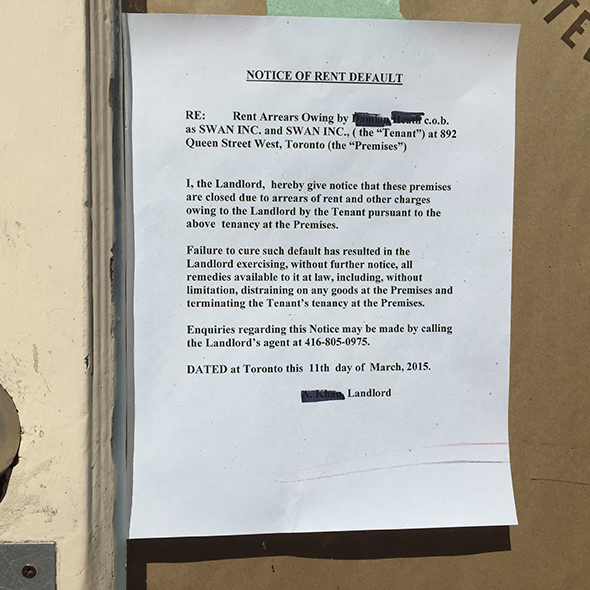