Behind the scenes at SOMA's secret cocoa bean lab

Tucked away on a residential street in Toronto's west end, there's a secret cocoa bean lab. It doesn't advertise its whereabouts, though there is a particular SOMA chocolate bar pressed with a Toronto map that points towards this secret "third" location.

Following up on the promise of a secret chocolate factory depicted on what is literally an edible treasure map, I'm half anticipating a Willy Wonka-esque wonderland. This is of course not the reality; the cramped studio is indeed a fascinating, delightful-smelling place, but it doesn't sell anything, there are no public tours and it's not nearly as fanciful as the boutiques in the Distillery District and on King West.

Owners Cynthia Leung and David Castellan acquired the 1,800 square foot space in 2009 thinking it would be used for temporary storage. They've since utilized every inch of space to import cocoa beans, roast and process them into chocolate liquor; the pure cocoa mass that will eventually be spun into truffles, bars, baked goods, gelato and various other confections made in the shops. 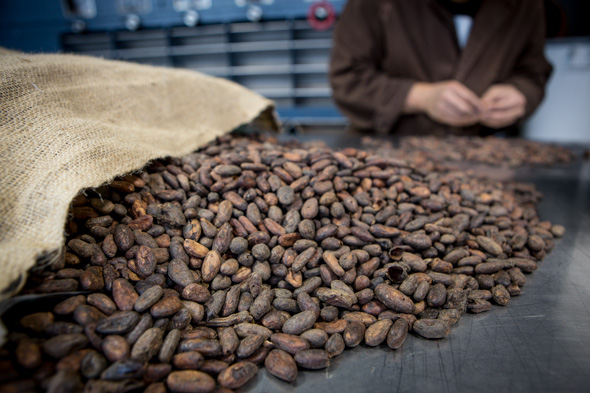 The process begins with deliveries of fermented cocoa beans brought in by the 60 kilo jute bag from Trinidad, Ecuador, Venezuela, Papua New Guinea, Peru, and Madagascar. The contents are arduously sorted by hand to ensure quality, discard stones, desecrated beans and any stray sticks or debris.

Brand new mechanical bean cleaners have been purchased but sit unused. For now, the staff still do the job by hand - taking a full day to get through each bag. 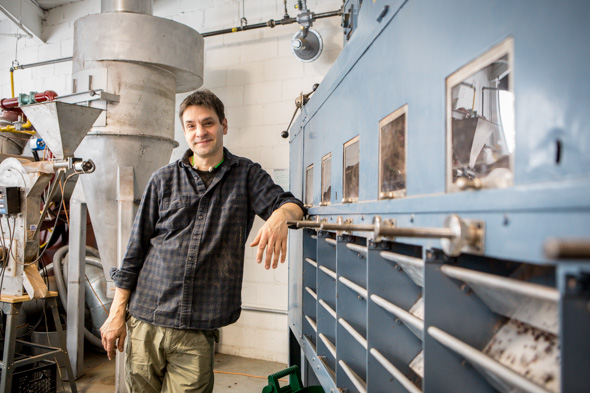 Small batches and samples are roasted in a 1940s Barth Ludwigsburg bought off Hershey's (lead photo). The design of the vintage German machine hadn't changed in over 100 years, inside is a big steel ball heated by a gas burner, it gently rotates and roasts beans with a stream of hot air. 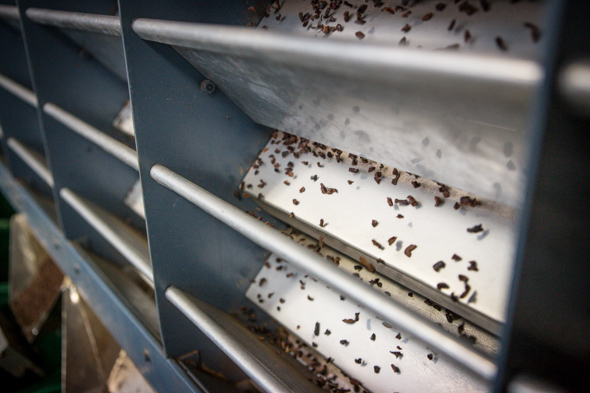 From here, the cooled beans are poured into a winnower that cracks beans between rollers, then vibrates and sorts nibs by coarseness. The waste product from this process is a husk, a flavourful byproduct that's not useful for chocolate making but is coveted by tea makers, beer brewers and mixologists. 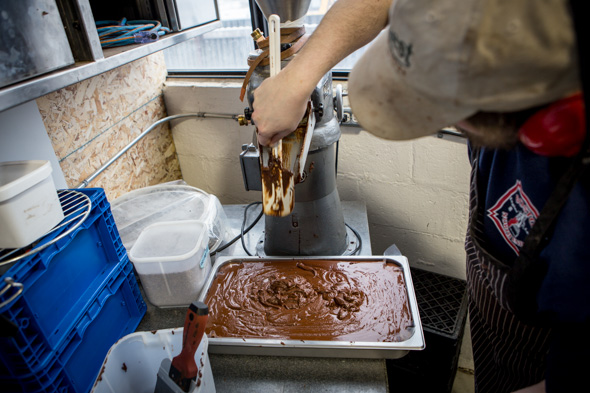 In another, laboratory-like room in the back, nibs are ground into a paste, then refined further in a melanger from 150 microns to below 20 microns. The goal is to crush every particle until it's no longer distinguishable and release flavour molecules, sometimes very distinct or unusual flavour molecules ranging from fruity and nutty to sour and bitter. 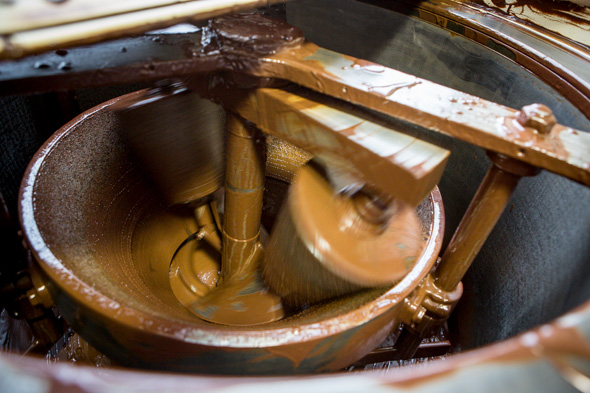 Finally paddled in a conch, the smooth, velvety chocolate liquor is the glorious end product here. It's pure liquid cocoa, and its cooled to a solid state and stored in blocks destined for a SOMA boutique where it will ultimately become something as beautiful as it is delicious. 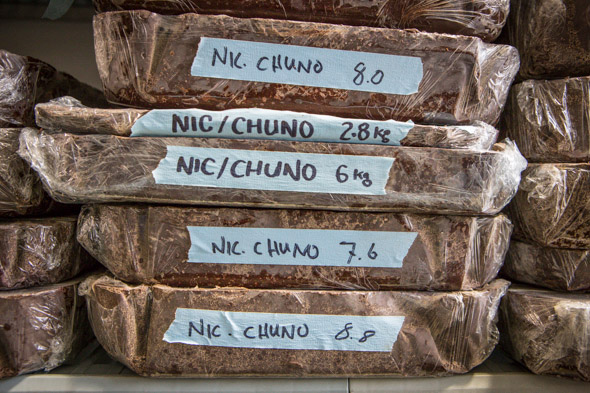 The studio has recently acquired an extra 1,000 square feet in the same building - there's no set plan yet, but the potential is there for a chocolate bar moulding room, a tasting room, and maybe, just maybe a little retail outlet. Fingers crossed. 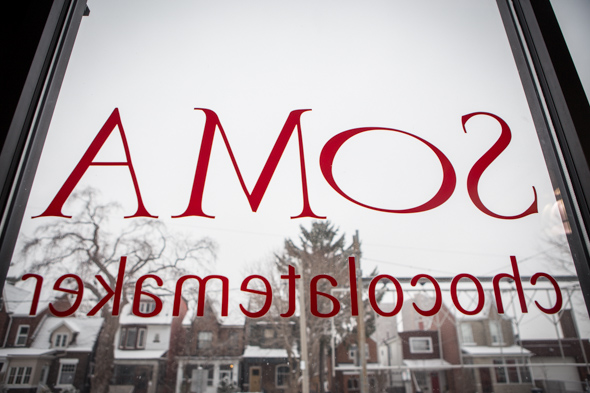