The slow reawakening of the West Don Lands is taking place as construction in the area finally eases. With the Cherry St. revitalization finally completed last month, and work on the bridge over the Don Valley to King East about to reopen traffic flow to the area, businesses are already springing back up among the graffiti'd underpasses in the area south of Corktown.

A notable new addition is the excellently-named Odin, a cafe and event venue from the same people behind Bathurst cafe Thor, set to open soon at 514 King St. East. Strangely, they're located directly across the street from a brand-new Tim Hortons (with a "coffee house" in the name), which opened its doors only a month ago - but with Odin already pushing a "keep it local, keep it well made" angle, and Tim's being, well, you know, it remains to be seen how the proximity will play out. 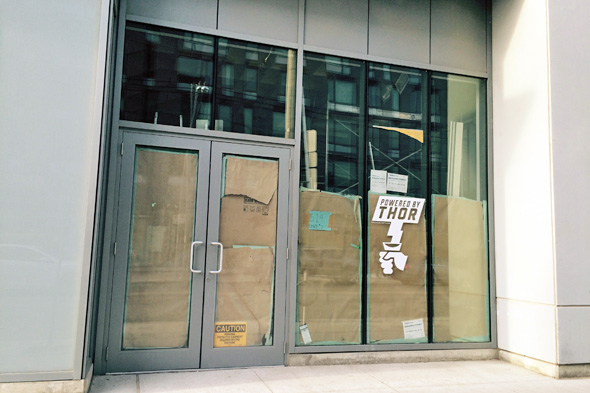 In the meantime, coffee junkies will probably want to start looking for apartments in the area - with Tandem and the Rooster west on King, this is quickly becoming the most caffeinated little area in Toronto.