At 23 years old, chef Luke Hayes-Alexander has already spent more than half his life working professionally in kitchens. Originally from Kingston, the "boy-wonder" chef closed his namesake restaurant, Luke's Gastronomy earlier this year where he had been the executive chef since the age of 15.

Now a new transplant to Toronto, Hayes-Alexander (who was a recent competitor on Chopped Canada), has just launched L.U.S.T, Luke's Underground Supper Table which successfully served its first sold-out dinner for 12 last night at a private residence in a secret location.

While he's serving a snack-themed dinner this weekend too at The Depanneur, the next installment of L.U.S.T has yet to be announced. 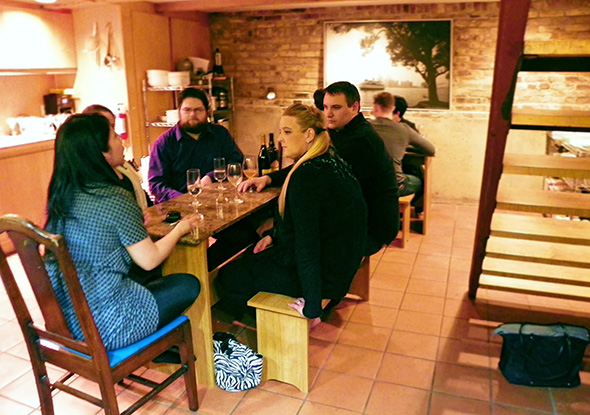 Expect future supper clubs to revolve around broad themes like American Chinese foods or BBQ and fried chicken. Admission prices will vary depending on the menu which is custom crafted for each event -- cocktail pairings will sometimes be included while other times guests will be encouraged to BYOB.