Where to buy non-alcoholic beer in Toronto

If 10 years ago you told Toronto entrepreneur Ted Fleming that he would be in the non-alcoholic beer business today, he would have said you're nuts.

Like most of us, Fleming associated the non-alcoholic beer market with the less-than-appetizing offerings in grocery stores and, one can assume, didn't see the point in drinking a beer that didn't include the one ingredient in it that makes you sexier and more charming â let alone importing it. That all changed, however, in 2005 when Fleming was diagnosed with Crohn's Disease and alcohol was no longer an option for him.

"As a beer lover, it took me a while to finally accept that I needed to eliminate alcohol from my diet," Fleming tells me. When he finally did though, and tried to start drinking non-alcoholic beer, he was frustrated with the lack of decent options on the market.

And so he began to research how he might bring interesting non-alcoholic beer brands to the Toronto market, and discovered that, while it's not something that's yet taken off in Canada, quality tasting beer without the alcohol is big business in other parts of the world. As a result, Fleming opted to create PremiumNearBeer.com, a service delivering premium non-alcoholic beer right to your door.

In a short time, he's already been able to bring some of the world's top rated non-alcoholic beers to the Toronto area for the first time. Thus far, the site offers 14 beer brands, including two of the world's top-rated non-alcoholic beer brands; Clausthaler Premium and Brew Dog's Nanny State; and in news that might come as a shock to those who think of non-alcoholic beer as a section of shitty lagers, he's also hawking great near beer in a variety of styles, including wheat beers, pilsners, ambers, radlers and even dark beer. And here's the real kicker: it actually tastes good.

As Fleming will tell you, "The beer we carry blows away any mass market light beer in terms of flavour," (a sentiment with which this writer, long a devotee of the alcoholic version, shockingly agrees). 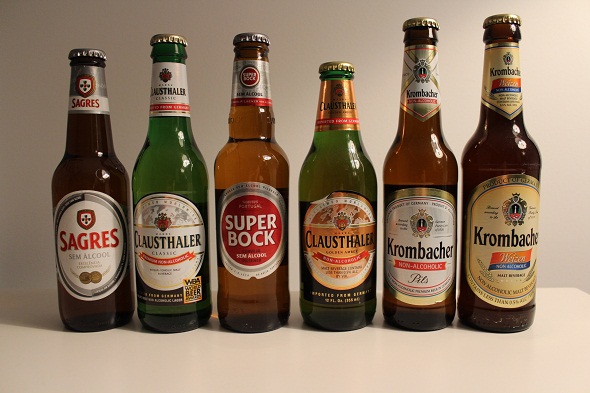 Of course, Fleming hopes that the beer will appeal to more than just people for whom alcohol is not an option for medical reasons. In fact, Fleming points to the growing market for non-alcoholic beer around the world and tells me that in some countries, like Spain, non-alcoholic beer already accounts for over 10% of the overall beer market. Canada, where it's roughly 1% of the market, has a way to go but Fleming feels there's nowhere to go but up. He touts non-alcoholic beer's usefulness as a sports recovery drink, as well as a good-tasting option for pregnant women, people who need to be productive after they drink, and responsible drivers.

One can imagine it might also do well as an accompaniment to a workday lunch, as well as a drink for those whose religion forbids alcohol, and beer fanatics who worry about being judged for that 8am beer with their frosted flakes. For those people, and others, PremiumNearBeer.com offers all their brands for home delivery by the case and for those trying these brands for the first time, the store offers a mixed pack of all its beers on offer â complete with tasting notes written by Certified Cicerone, Crystal Luxmore.

Notably, none of the brands currently being offered are local options. So I asked Fleming if that's a reflection of the lack of local near beer available. "That is the most common question I'm asked," he tells me. "We are very interested in getting Ontario craft brewers to make non-alcoholic beer for us. There is real demand out there for more local, flavourful non-alcoholic beer and my hope is that by creating a sales channel for breweries through PremiumNearBeer.com it will encourage them to meet that demand." Optimistically, he adds, "If you build it they will come."

We shall see. In the meantime, if you have to drink non-alcoholic beer, first, accept my condolences, then know that you finally have some great-tasting--albeit imported--options right here in Toronto.

Ben Johnson also writes about beer over on Ben's Beer Blog. You can follow him on twitter @Ben_T_Johnson.