How to make a cocktail: The Tokyo Drifter

The cocktail-making equipment and techniques of downtown's favourite bars has undergone a slow but steady shift recently. Thinner, deeper jiggers, Yarai mixing glasses, and teardrop-shaped trident bar spoons (often of a gold or copper colour), as well as three-piece shakers, have found their way into the scene of late, and it all points to one source.

Japanese bartending has infiltrated the craft of cocktail culture of Hogtown even more recently. Though the last five years have been characterized by the funky mason jar aesthetic, and a predilection for home-made bitters, the tastemakers of the city have been slowly evolving their methods towards a degree of precision that has perhaps otherwise been lacking amongst the free-flowing, fun-loving mixologists we're accustomed to. 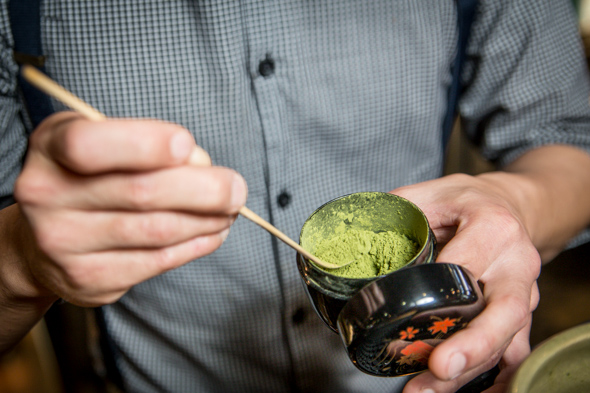 Though there are a number of sources we can cite for the influence, one of the central reasons for interest in this style of bartending has imported himself directly into the city. Initially pouring over at the Toronto Temperance Society, before a stint at Parkdale's Kanji, Atsushi Suzuki has found a great home for himself down at West Queen West's Ursa, where he's been both learning from and schooling TO's best mixologists in a kind of cultural exchange.

Nick Kennedy of Salt raves about his use of the Japanese 'Hard Shake', a twisted technique for shaking cocktails that delivers unseen balance and effervescence to drinks. We've already covered his inclusion of fantastic ingredients rarely seen elsewhere, particularly his entry to the MadeWithLove competition earlier this year, but Atsu's initial impact has since settled. He's now comfortably a fixture amongst the Toronto bartending elite. 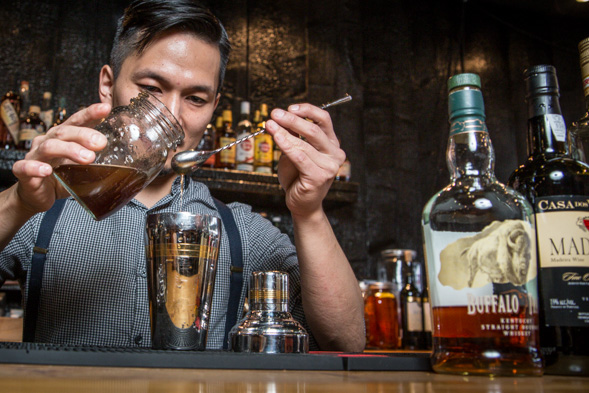 Here at Ursa, he mixes us a Tokyo Drifter: a kind of reworked flip, featuring egg yolk, matcha powder, bourbon, red bean syrup, amaro, madeira, and cocoa bitters. Using his hard shake technique, he fine strains the concoction into a sour glass to produce a beautifully balanced blend of sweet and savoury, typical of Japanese dessert tastes. This was the winning entry in Buffalo Trace's 2013 cocktail competition.

Atsu's travels have taken him from Tokyo to London and New York, before he decided to join in on the burgeoning scene here in Toronto. Hopefully he's going to stick around for a while. 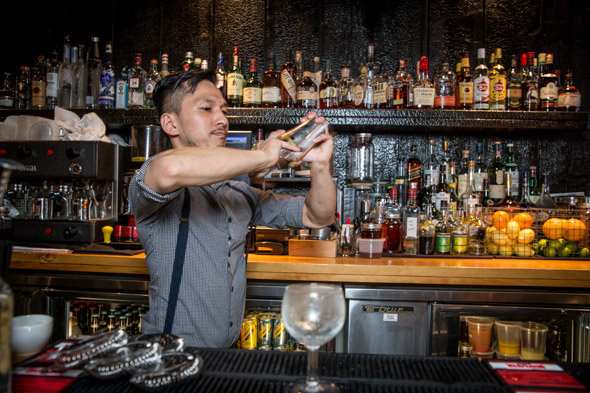 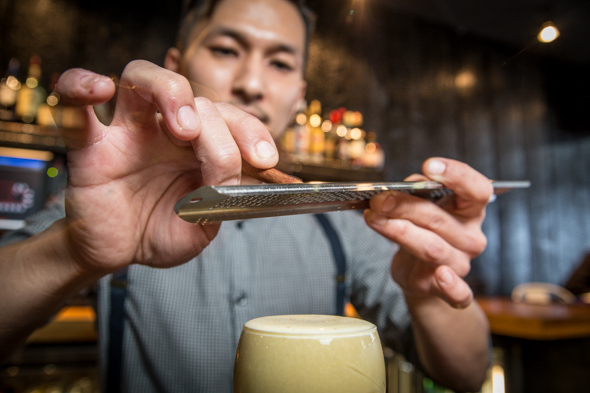 Prepare the matcha by whisking the powder with enough hot water to produce a paste. Add with other ingredients to a three-piece shaker and shake hard and long with ice. Fine strain into a sour glass, and garnish with grated cinnamon. Atzuki red bean syrup is made by simmering crushed atzuki beans in simple syrup for a few hours. Fine strain the beans out before use. 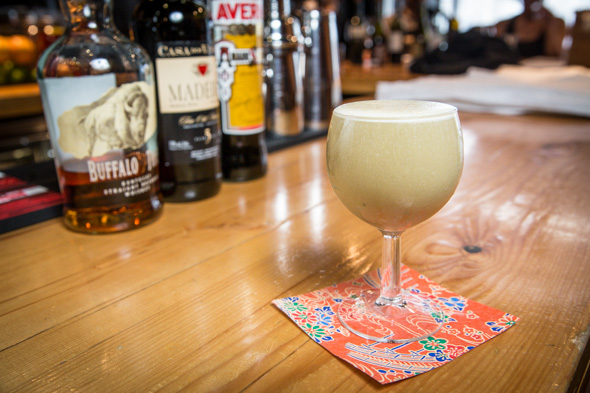