How to make a cocktail: The Dr. Gonzo

Let us toast to animal pleasures, to escapism, to rain on the roof and instant coffee, to unemployment insurance and library cards, to absinthe and good-hearted landlords, to music and warm bodies and contraceptives... and to the "good life", whatever it is and wherever it happens to be." Hunter S Thompson

Hunter's legendary prowess for mind-altering substances is well-documented, with the father of 'Gonzo' journalism embracing the ideal of planting oneself firmly within the stories he wanted to tell. The story I want to tell is about absinthe. 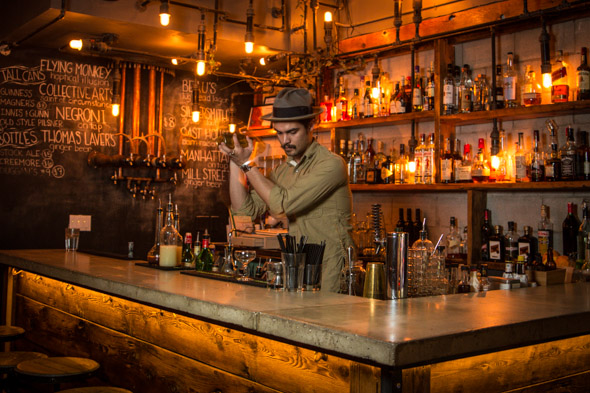 The myth of the green fairy was no doubt exacerbated in North America by its prohibition in the US and many European countries (and tight controls over its content across Canadian provinces) - a kneejerk reaction to the psychoactive properties it was rumoured to hold (a result of the presence of the compound thujone, caused by the use of wormwood as a flavouring agent). Many people think of it as a liqueur, but in reality it has more in common with gin, in that the flavouring botanicals are steeped in a neutral liquor to give it flavour.

It is produced in a variety of styles, with many fighting over whether the complex, herbal French style, or the bitter wormwood notes of the Czech style should be held as the authentic spirit. You can guess which one has more of the thujone. There are three recognised methods to prepare Absinthe. Modern, French, and Czech. All involve water and sugar, although some believe that it should be drunk neat (especially vintage Absinthe). 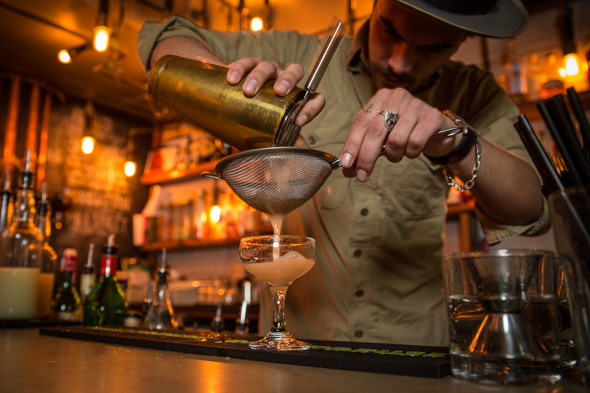 On watching a documentary Gonzo: The Life and Work of Dr. Hunter S. Thompson, Josh LeBlanc of Montauk noticed his liquor cabinet had both bourbon and Chartreuse placed conspicuously close together. Bearing in mind his love of absinthe, Josh created the Dr. Gonzo as a tribute. In a manner similar to the classic Corpse Reviver #2, or the Sazerac cocktail, the glass is simply 'washed' with the strong flavour of Lucid (French) absinthe, before a potent mixture of Yellow Chartreuse, Buffalo Trace Bourbon, Amaro Nonino, Maraschino Luxardo, lemon juice and Peychaud's bitters is strained in. It's complex, with no single flavour punching above the others, though the 'green fairy' is clearly present as a background note. I'm fairly sure that after enough of these, I'd have no chance of seeing things as they really are. 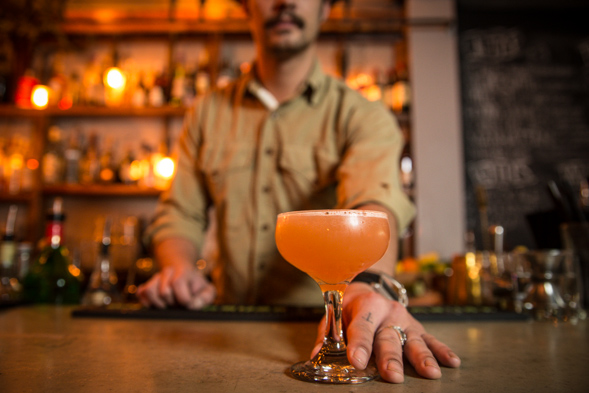 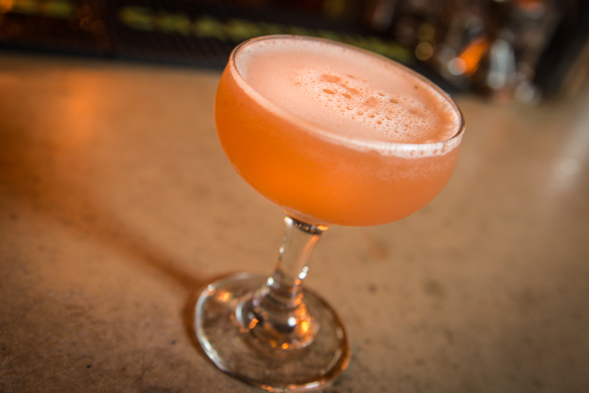