How to make a cocktail: Court of the Crimson King

You often see the word tincture on cocktail menus, but what is it exactly? Tinctures are herbs, fruits or spices infused into a high-proof neutral spirit (at 75 per cent Spirytus Gdanski is ideal). Macerating these flavours in the alcohol for 4-6 weeks and straining it is all it takes. Like bitters, just a few drops can dramatically alter the profile of a cocktail. However, tinctures will be based around a singular flavour at a time, whereas bitters usually combine ingredients built around an agent like gentian or wormwood. Tinctures can be used in the mixing stage of cocktail making, sprayed into the glass or dropped on to the surface of the drink to incorporate the flavour. 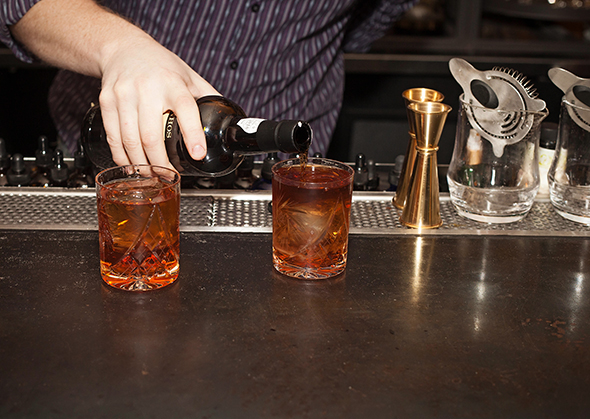 Over at Cocktail Parlour (inside The Storys Building), bar manager Wes Galloway loves making everything for his elaborate prohibition style bar: tonics, bitters, syrups, liqueurs, and of course tinctures are in abundance. Wes has over 40 tinctures in his arsenal - everything from walnut to tobacco and even a flax variation (which has a surprisingly chocolatey note). Nothing is off limits. The large selection of foreign and interesting alcohol behind the bar affirms this. Cocktail Parlour is one of the few bars in the city designed primarily with cocktails in mind, and both the extensive list of original drinks, coupled with the encyclopaedic knowledge behind the wood, make it worth a visit for anyone who likes their libations. 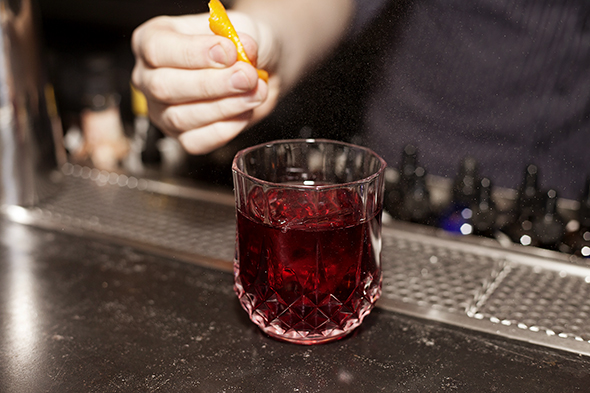 With the cold weather coming (and more on the way) it seems only right to start looking at some more wintery drinks. From the new menu, Wes makes us 'The Court of the Crimson King', a recipe that made it into Gaz Regan's 101 Best New Drinks of 2012. It's comprised of ruby port, kirsch (a cherry brandy), 5 drops of cinnamon tincture, Briottet apricot liqueur and Campari. All are stirred over ice before being strained into an old-fashioned glass with a crystal-clear king cube and garnished with an orange twist. The final result is sheer Christmas in a glass. The rich red colour, coupled with the flavours of cinnamon and orange, evoke memories of many a snowy day.

Fill half of a small mason jar with vodka and the other half with the cinnamon bark (not stick) and cassia buds, it's best to split them in a ratio of 60:40. Let contents sit for six weeks, shaking daily. When ready, fine strain through a sieve or cheesecloth and bottle. 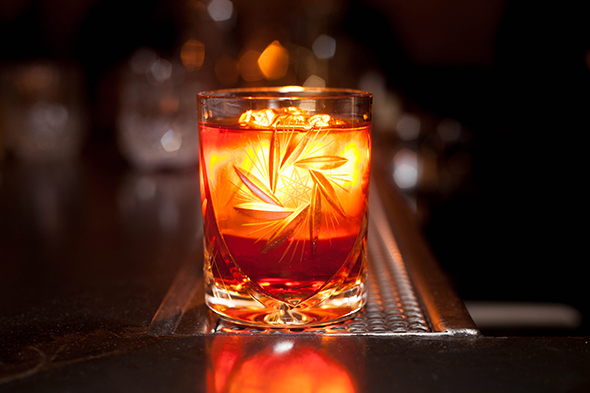