The partnership behind 66 Gilead wasn't formed in an effort to try to make sweeping changes to Ontario's alcohol industry, but that's precisely why they just might.

Occupying an 80-acre piece of land that features a fabulously refurbished house from 1874, distillers 66 Gilead are quietly bringing their hand-crafted vodka, rye, gin, and rum to Ontario's in-the-know drinkers. And, owing to the fact that they're not in it to make a fortune, they've placed their focus squarely on quality.

Indeed, since they're not dependant on income from the distillery, Toronto-based professionals Sophia Pantazi and her partner Peter Stroz don't feel the need to cut corners and are instead making making authentic craft spirits using as many local resources as possible.

"There is a common misconception about spirits labelled as 'craft' or 'small batch,'" Pantazi tells me. "These terms are not regulated and mean nothing." They're just buzzwords that are often slapped onto spirits that are mass-produced in an effort to sell products at a higher price-point. 66 Gilead is, however, unquestionably small batch and is definitely putting the "craft" into craft spirits. 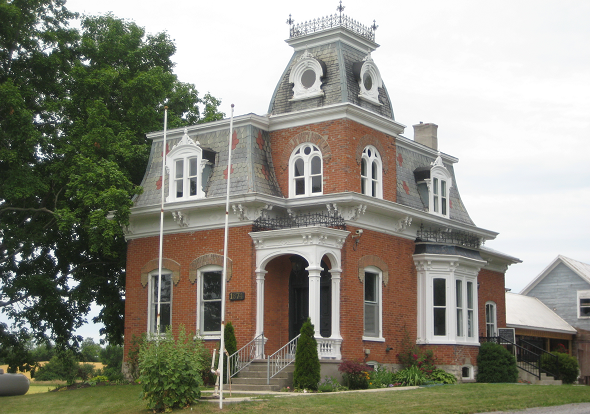 In addition to being picturesque, the former hops farm at 66 Gilead Road in Bloomfield, Ontario affords the distillers unique access to local ingredients. Their Loyalist Gin, for example, features juniper, coriander, lavender, cucumber, and fresh local hops all from their own farm. Their Canadian Pine vodka uses fresh pine needles collected from the farm and they've also started producing brandy from local grapes.

And when it comes time to age their brown spirits, Pantazzi and Stroz don't have far to go for quality barrels, either. The Carriage House Cooperage, Canada's only commercial barrel-makers using traditional methods, is literally located on the same farm, occupying a building adjacent to the distillery where Cooper Pete Bradford makes wine, cider, beer, and spirit barrels from locally cut and cured Canadian white oak, cherry, beech, ash and hickory. 66 Gilead's popular Duck Island Rum, for example, is made from long-fermented molasses that was aged in charred Canadian oak.

But as much as they hope their products will bring the importance of quality spirits into focus, Pantazzi acknowledges that they've got a long way to go before they see any big changes in the industry. "Truly craft grain or field-to-bottle spirits are are completely different than commercially available spirits," Pantazzi tells me, noting that most people aren't even aware that most Canadian rye whisky doesn't even contain rye and noting how few people realize that vodka can be interesting and complex. 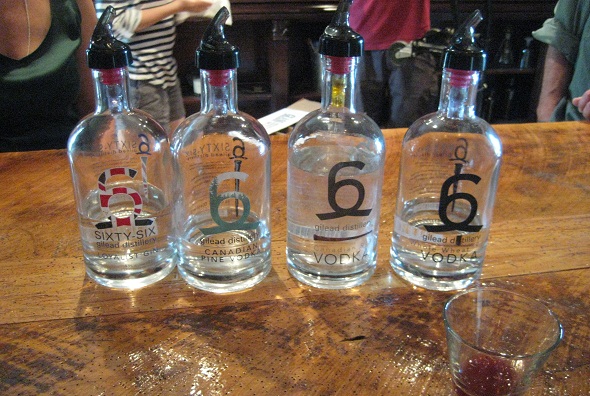 Owing to big companies that currently dominate the market, it seems that small distillers face an uphill battle when it comes to educating their drinkers about where the stuff in their bottle comes from. Luckily, 66 Gilead has joined forces with the Toronto Distillery Company, Still Waters Distillery, and Dillons Small Batch Distillers to form a group of like-minded spirit-makers with the aim of creating a louder voice with which to educate consumers.

Pantazzi laughs at me when I ask if the alliance might mean we're on the verge of a craft spirits boom and instead tells me "it is more like a few crazy radicals making what they believe in."

If you want to sample what the crazy radicals at 66 Gilead are making, you can find their Loyalist Gin, Canadian Pine Vodka, and Whole Wheat Vodka in the LCBO in limited quantities, or you can head to their distillery retail space where you might also find Duck Island Rum or even White Dragon ShĹchĹŤ.

Ben Johnson also writes about beer over on Ben's Beer Blog. You can follow him on Twitter @Ben_T_Johnson