Kultura selected its best in Filipino arts, wares, and street eats, and in return received a rousing turnout and approval ratings for its eighth festival yesterday at Wychwood Barns. Part of a week-long effort by the Kapisanan Philippine Centre to promote Filipino culture throughout the city, which included workshops, exhibits, and performances, it closed with its fair share of hoopla. 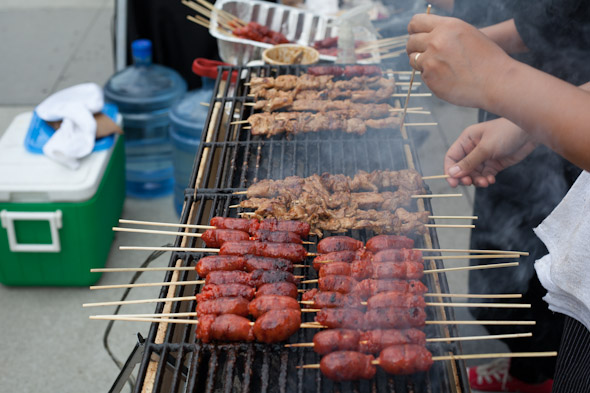 Tickets for the various bites were tiered at $3, $5, and $7, and in this culinary jumble you could go the more traditional route if desired and try sweet, deep-red Longganisa sausage, fish balls doused in sweet soy sauce and chilli vin, noodles, or choose one from many miles and miles of pork and beef skewers. 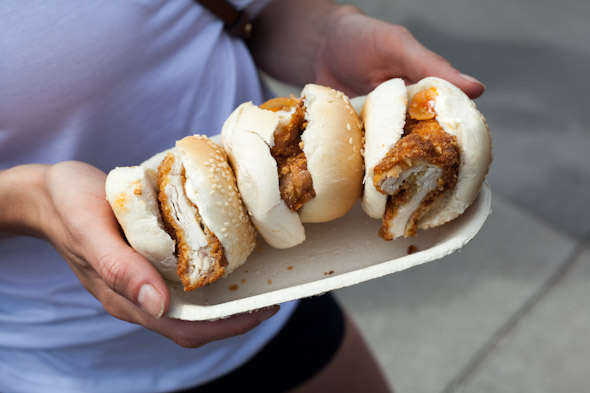 Else you could opt for choices inspired by more recent trends such as pork belly kadyos served with coconut rice and jack fruit salsa, or Boy Bawang Fried Chicken Sliders. 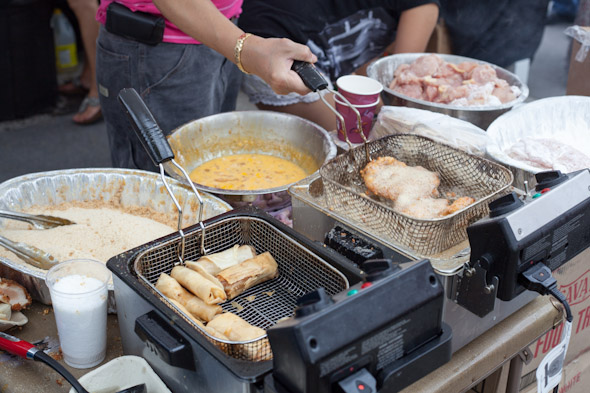 While the kwek-kwek battered fried quail eggs were a first time try for me, fried to perfection and pretty tasty, the wait mid-afternoon neared thirty minutes for only a few bites. Not many choices for vegetarians, either. It didn't help that many of the vendors ran out of their $3 items (and the Ube Chocolate Chip Cookies!) during this time, which meant I had to wait in another line afterwards to refund, upgrade, or exchange those tickets. 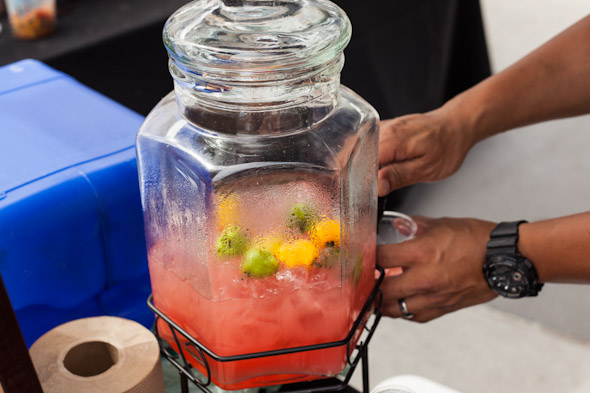 Though I will say waiting in the heat encouraged me to down cup after cup of $1 drinks available at every stand, ranging from my favourite, fresh watermelon juice with calamansi and chillies, to coconut lychee juice, cantaloupe water, and mango mint lemonade, not to mention plantain banana and jackfruit spring rolls with ice cream for dessert.

Out of all the Pinoy entries, I was impressed most with the joint efforts of the people over at Horse & Carriage. Rather than an established restaurant outfit like most of the other street eat booths, this was a collective of food lovers which included a doctor, a writer, and others, though I recognized one of the cooks as being from The Ace over on Roncesvalles. 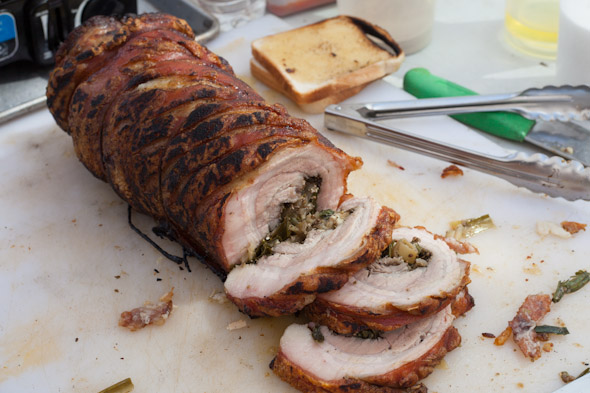 Cooked on a slow-roasted spit, carved pieces of lechon kawali was served atop white wonder bread, but not before the latter was slicked with a sugary butter concoction and then torched to crystallize. Same deal for their Longganisa, which were less sweet than the traditional variety, and both were served with atchara, a pickled unripe papaya.

Oddly Horse & Carriage had one of the shorter lines, but this might be testament to their quick plating which was not always happening elsewhere. All in all, since the quality and care put into the dishes at this event would likely best even the gutsiest roadside kitchen shack, if you want to try everything, I recommend going early next year. 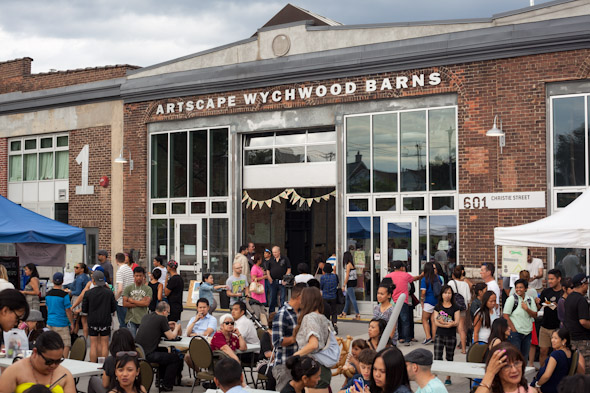