Dillon's Small Batch Distillery became something of a conversation starter in Toronto bars over the course of this year. If 2012 was the year that Tequila Tromba took the bragging rights as the locavore barfly's spirit of choice, then Geoff Dillon, operating out of little more than a tin shed near Beamsville at the tender age of 28, has managed to trump that in spectacular fashion. Using locally grown ingredients, he's produced three stunning liquors in 2013 that are cropping up on backbars across the province.

Since launching in December of last year, Head Distiller Geoff, along with his Dad Peter, have been producing outstanding gin, vodka (of sorts), and a white rye (it'll be another two+ years of aging in oak barrels before he's able to declare it whiskey). With only the white rye currently available through the LCBO, it seems that no cocktail enthusiast's day trip into wine country is complete without making the visit to Dillon's. Some friends and I made the trek to see what all the fuss was about, and to get utterly charmed along the way.

Armed with romantic notions of sea-sprayed Islay distilleries, operating since the dawn of the industrial age, we passed the time on our journey down the QEW imagining the quaint old buildings we'd be exploring. The truth was very far removed from this. 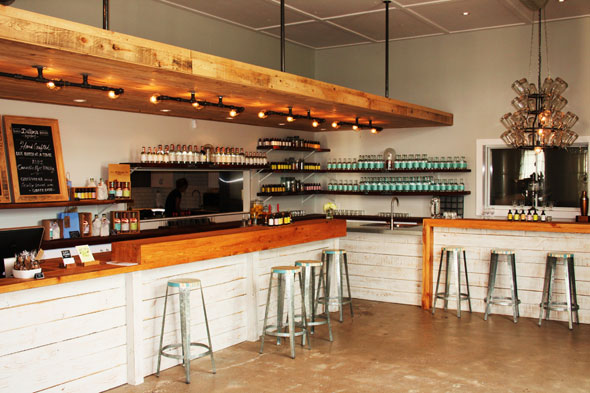 Occupying a former bike repair shop tucked off the highway, the guys here have pulled together a functional building with a little charm. Copper piping and reclaimed wood complement the medicine bottle aesthetic of the products on offer. We're met by Whitney Rorison, who manages the site and, along with Geoff's father-in-law (Chairman Garry Huggins), allows Geoff and Peter to focus on the product. 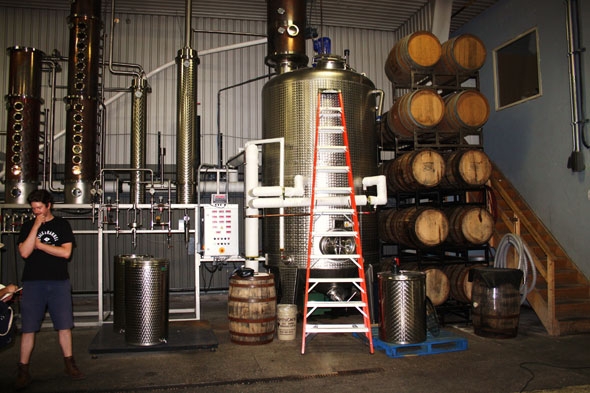 "The sky's the limit on what we can make," says Geoff, in reference to the unique 5000-litre column still he's had designed and constructed by German manufactures CARL alongside his pot still. His column still is busy pouring out high-proof spirit, pulling out at an eye-watering 92.5%, and he cuts this with filtered rainwater to create the basis for his concoctions. 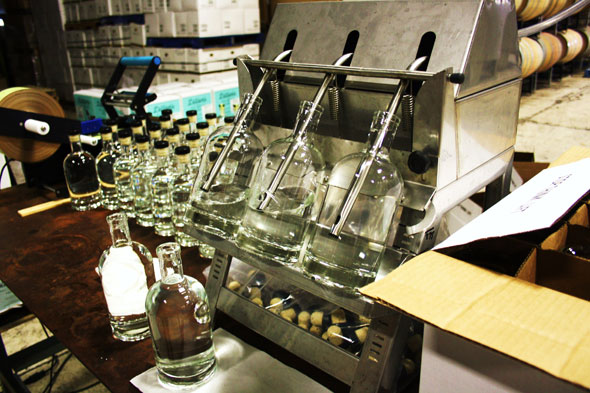 With both stills in operation, he's capable of producing any variety of spirit under the sun. The focus so far, however, has been on utilizing the local bounty. With the initial batches of vodka and gin making use of the otherwise discarded thinnings from neighbouring Angel's Gate winery, Geoff can also proudly claim to be making 100% Canadian Rye (the grain is usually imported from the States for whiskey making here, let alone the fact that most Canadian whiskey contains less rye then we are led to believe).

The gin is also made entirely with botanicals grown locally by Peter, and contains a massive juniper hit in combination with the grappa-like qualities from the spirit. 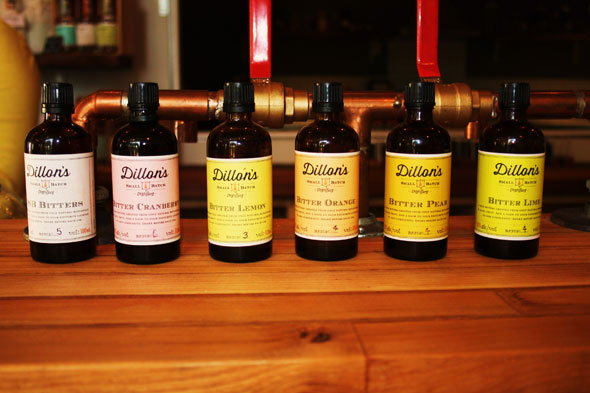 Dillon's also produces a range of cocktail bitters, utilizing the same grape-spirit base as found in both the gin and vodka. There are more along the way, and plans are afoot to see it in downtown retailers before long. 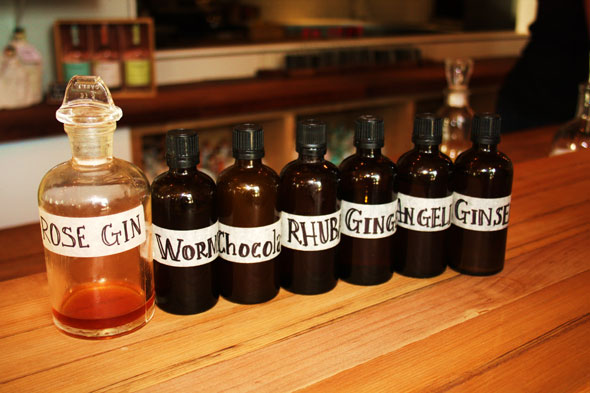 Also in the works are a number of passion projects, some may be bottled, while a number appear to be just for fun. The absinthe, made with Ontario wormwood, and the Rose gin (a liqueur, like Sloe gin, but made with rosehip and rose petals) are especially exciting, but the pear eaux-de-vie, is also worth inquiring about on a visit.

For those unable to make the trip, you can find the award-winning White Rye on LCBO shelves right now, whilst the Unfiltered Gin should be hitting stores next month.