How to make a cocktail: The Margueretta Cup

One of the great things about the neo-classical period (apparently we're about to head into a big Tiki phase, so watch out for that) of Toronto's cocktail renaissance has been the rediscovery of ingredients that had been ignored for so long during the city's obsession with Appletinis and Cosmopolitans. The focus for today's piece is something close to my heart, Lillet. 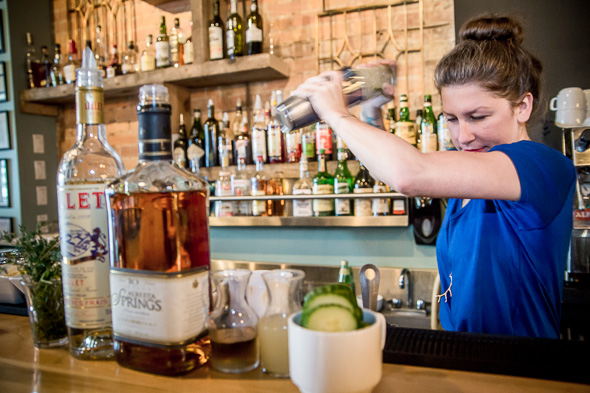 According to Dale Degroff's Craft of The Cocktail, Lillet is an aperitif-style wine, traditionally made in the Bordeaux region of France: Semillon and Sauvignon are the grapes used for 85% of its production, the other 15% is a liqueur made by macerating sweet and bitter orange peels from Mexico, Morocco and Haiti. Cinchona bark (containing quinine, the same ingredient added to tonic water) from Peru is always used (in small amounts) to give it a very slight bitterness. The resulting liquid is then aged in oak for 8-12 months, in keeping with other wines from Bordeaux. Once sufficiently mellowed, the final product is a somewhat floral, sweet, yet crisp and refreshing drink.

Known as a cousin of vermouth, it's no wonder it can be used in a vast array of cocktails, most notably in the Vesper Martini (made famous from Ian Fleming's book Casino Royale), and also the Corpse Reviver No.2, though the wine originally called for 'Kina Lillet,' with more dominant bitterness, has since been reformulated as 'Lillet Blanc' to appeal to modern palates. Lillet Rouge and Rose varieties are also occasionally available at the better liquor stores in the city. 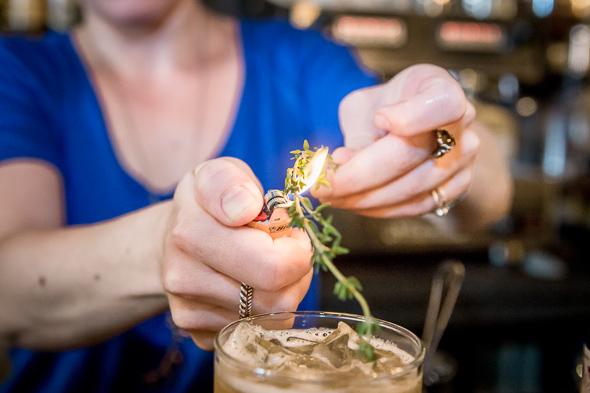 Given the poor selection of vermouths available at the LCBO, it's no surprise that Lillet is finding it's way onto more cocktail lists across the city, such as at The Emerson, which I visited this week to meet Head Bartender Aja Sax. Aja's known as something of a veteran of the Toronto cocktail scene, having worked at countless great cocktail bars in the city, from The Drake and The Miller Tavern, to County General and Czehoski. She also creates the seasonally changing cocktail list at this popular Bloordale fixture.

Named after a street in the neighbourhood, Sax makes us the Margueretta Cup, a mixture of Alberta Springs Whiskey, house made thyme syrup, Lillet Blanc, lime juice and cucumber.
All ingredients are added to a shaker and shaken vigorously before being fine strained into a rocks glass, allowing for the flavour of the cucumber to shine though without remaining in the drink and overpowering the delicate flavours of the rest of the ingredients. Ice is then added before garnishing with a sprig of fresh thyme. The leaves are slightly singed with a lighter to bring out the oils.

The end result is a refreshing cocktail with balanced acidity, a slight sweetness and herbaceous notes a perfect drink after a hot long day. 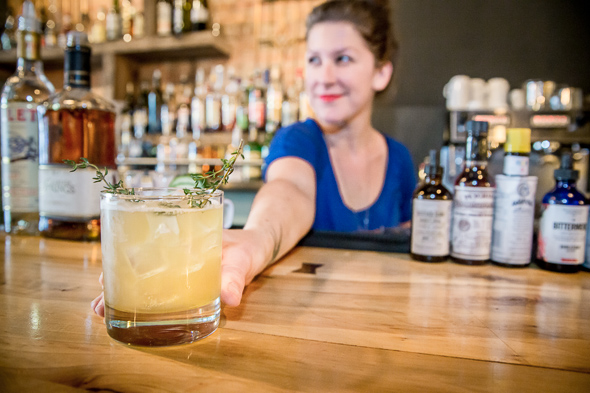 Mix water and sugar over heat. Add thyme and remove heat. When mixture is cool, remove thyme and strain. Keep in refrigerator up to 5 days. 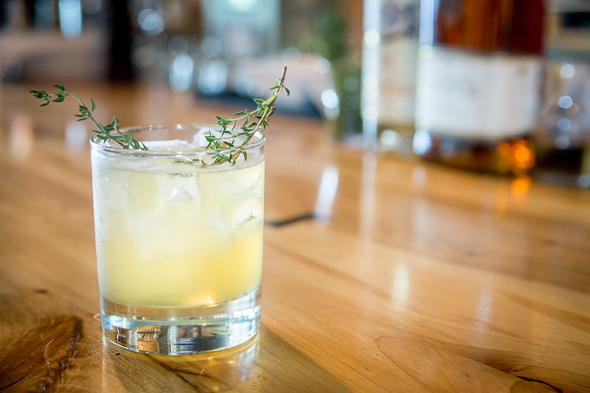