10 cocktails to try this summer in Toronto

Cocktail trends this summer have bars across the city utilizing the best of Ontario's seasonal produce. Rhubarb abounds, as do cucumbers. There's also lots of ginger beer around (most bars we surveyed like using Old Tyme). We traversed some of our favourite cocktail bars around the city, to find the best drinks for escaping the sweltering summer heat. Here's our top ten, in no particular order.

Guava and Jalapeno Margarita - The Drake Hotel
I'm a sucker for margaritas, and this one is just plain delicious. Using Tromba tequila, along with the addition of jalapeno syrup and guava nectar, the balance of spice and sweet is played out beautifully. The Skybar is also a lovely setting to hide away from the outside world. 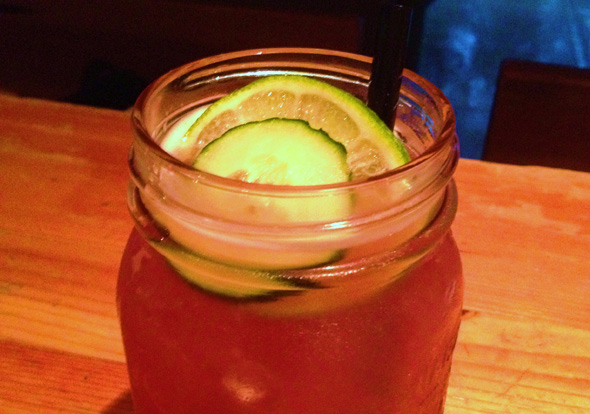 Dr. Painkiller - The County General
A refreshing blend of cucumber infused rum, house-made grenadine, lime juice, and cranberry bitters, topped with spicy ginger beer. The massive mason jar this drink comes in makes it a great way to beat the heat (after an afternoon of trying not to get busted by the cops in Trinity Bellwoods). 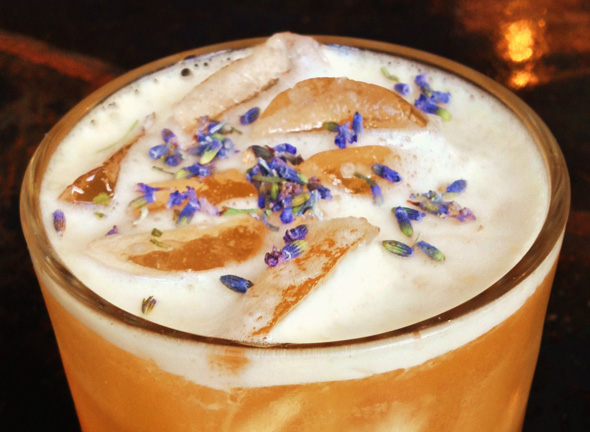 The False Dawn - OddSeoul
Bar Manager John MacDonald created this after a trip to Scotland. A 'false dawn' being the morning after a night of drinking, in which one's still drunken state gives the mistaken impression that there's no hangover to come. A blend of Auchentoshan 12 yr, grapefruit juice and Scottish breakfast tea syrup, it's garnisheed with fresh lavender for a wonderful aromatic note. 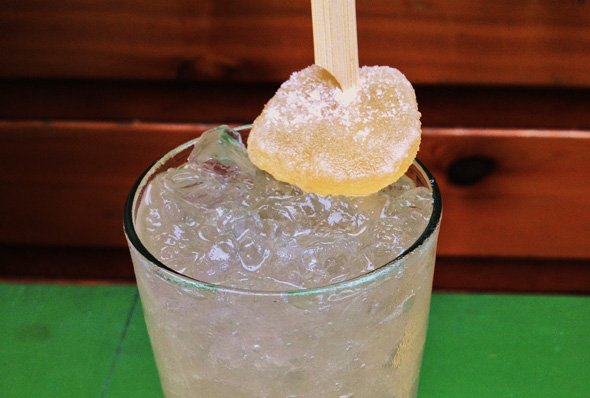 Smokestack lightnin' - The Harbord Room
Smoky Fortuna mezcal combines with a rhubarb-agave-ginger syrup, balanced with citrus, and delightfully topped off with a little piece of candied ginger. Also available with smoky whisky for those who prefer it. Step into a little slice of Paris on the back patio here, and maybe follow this guy up with a really excellent alcholic root beer float. 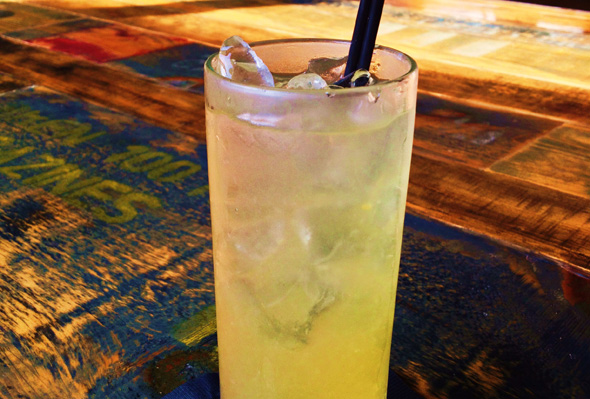 Mirror Lake Drive - Origin Liberty
Made in memory of bar manager Scott McMaster's grandparents (who loved Drambuie and rhubarb pies), this drink is a nostalgic cottage trip in a glass, the drink calls for Drambuie with cedar tea, lemon juice, and rhubarb bitters. Distinctly refreshing, the honey of the Drambuie cuts in really nicely with the cedar notes. 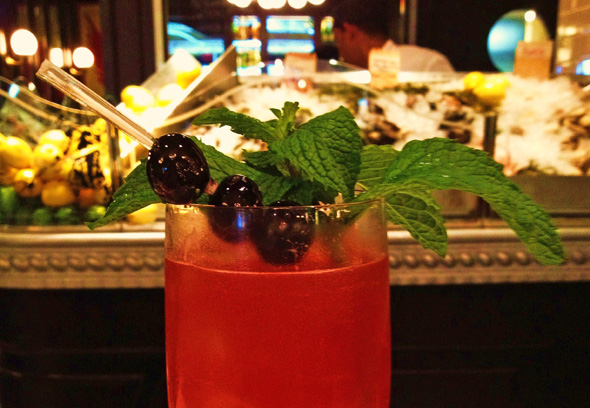 La Societe Smash - La Societe
Combining Hennessy, Grand Marnier, mint and fresh sour cherries, all muddled with orange peel and sour cherry syrup, before topping with ginger beer, a hot day in Yorkville can be idly whittled away with a few of these on the patio overlooking Bloor and Avenue. 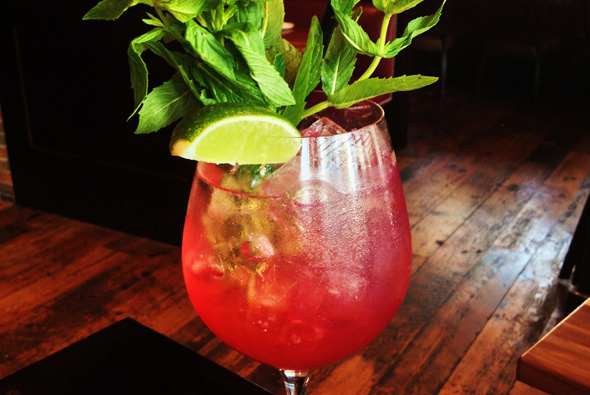 Shibuya Punch - The Miller Tavern
A mint-infused gin is added to pomegranate juice and fresh lime, with lashings of Fever Tree tonic water and fresh mint, before a massive bunch of mint is stuffed into the top of the glass as a garnish. It looks a bit silly, but that garnish makes the whole room smell amazing. 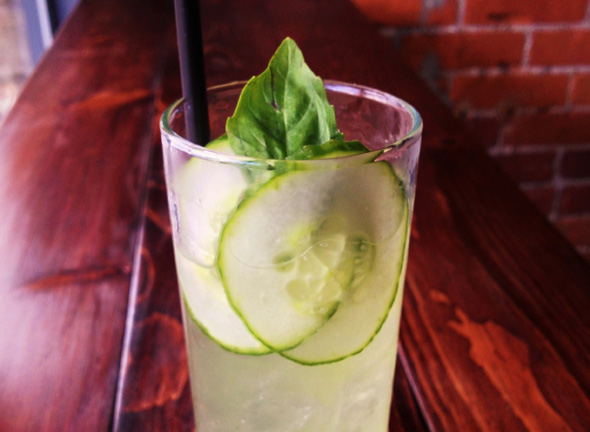 The Esquire Smash - Salt Wine Bar
Another smash, but this time making use of liquid nitrogen to freeze cucumber pieces before muddling them with absinthe, elderflower, and gin. The guys at Salt have something of an addiction to playing with ice and fire, and the plumes of nitrogen vapour produced every time this drink is ordered add a touch of drama to a night at the bar. Patio be damned, this one is just plain cool. 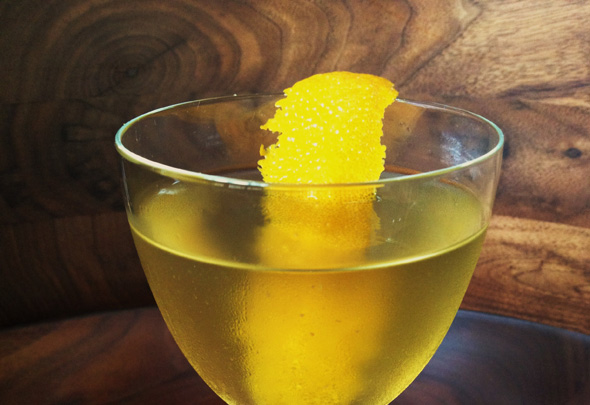 The Fortnight Cocktail - 25 Liberty
The only cocktail on this list to be stirred, rather than shaken, it's still a bright and refreshing tipple. Beefeater gin, Dolin dry vermouth, house made apricot brandy, and finally, Briottet Creme de Violette liqueur. The serene and civilized patio at 25 Liberty is also a world away from the frantic hubbub of The Brazen Head and William's Landing. 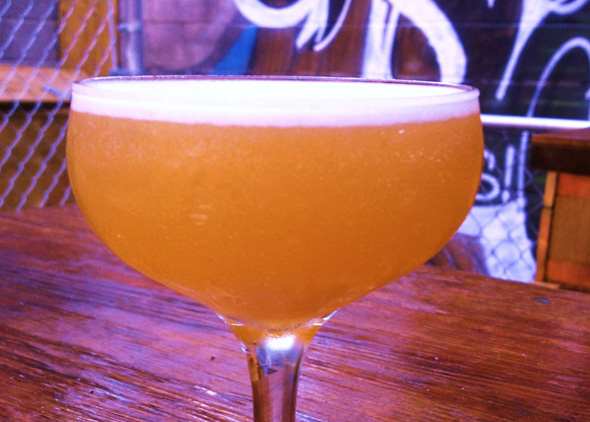 The Summer Vacation - Scout's Honour
If the drink's name doesn't give you a taste of nostalgia, the atmosphere at the new Scout's Honour (formally Mr. Pong's) bar will. Lined with picnic tables and cedar walls, this make-shift summer camp fits the bill for catching up with old friends while enjoying this tropical mixture of Metaxa brandy, Cointreau, lime juice, salted pineapple syrup and orange bitters. The hint of salt tempers the natural sweetness of the pineapple really well.