How to make a cocktail: The Snow White

The cocktail has made a surge back into the mainstream in the last decade or so, and with particular speed in Toronto over the last two or three years. New specialty products are launched daily, an ever growing list of new and exciting bars continue to open and some even refer to bartenders as "mixologists" — everybody wants someone who cannot only execute a great drink, but also create an original one. Gone are the days when ordering a wine to accompany your meal seemed intimidating, it's now the cocktail that has certain mystique and lofty sophistication.

While history has given us classic pairings of bottles of wine, liquor, and beer with any given meal (think Chablis and oysters, vodka and caviar, or schnitzel with a German pilsner), the rise of the adventurous bartender foretold an inevitability that cocktails would someday take their place alongside the great products in the ritual of dining. The fusion of different cuisines requires new inventions to match the ingenuity of the food on offer. Just like the pairing of a fine wine with a dish, however, the central feature of building a complementary drink offering is about a marriage of flavours. 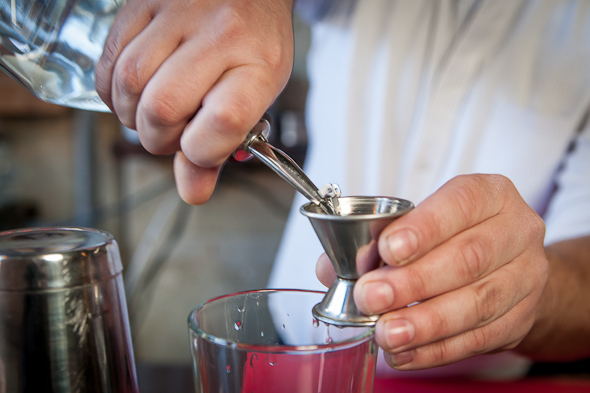 There are some places in the city that seem to be taking that mantra to heart, such as OddSeoul, the late night Korean/American fusion restaurant on the Ossington strip. Bartender John Macdonald and owner Leeto Han have put together a cocktail menu that complements the food on offer and that incorporates both classic and novel ingredients. Korean/American fusion seems a ripe playground for exploring the great American tradition of cocktail making with inspiration from the East.

A great example here is the Old Fashioned, made with chai tea-infused Crown Royal, whiskey bitters and maple sugar. But perhaps the drink that best encapsulates John and Leeto's mandate is the Snow White. 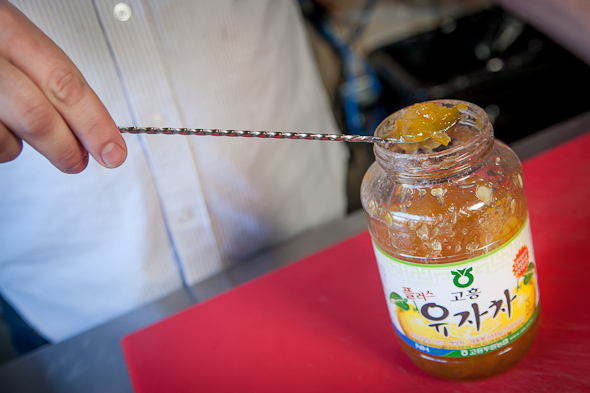 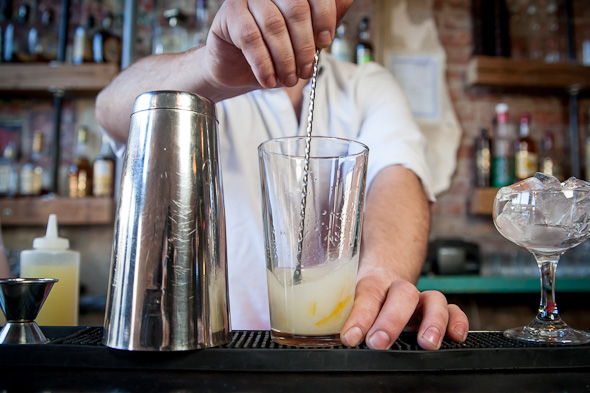 First John chills a coupe glass. In a Boston shaker he combines the gin, sake, and lemon juice. The marmalade is then added and stirred into the mixture. The mixture is shaken hard with ice for a good 20 seconds before being doubled strained into the coupe.
The end result is a harmonious blend; tangy citrus and floral notes are balanced with a hint of sweetness. A great accompaniment to the spicy and savoury Korean fare. 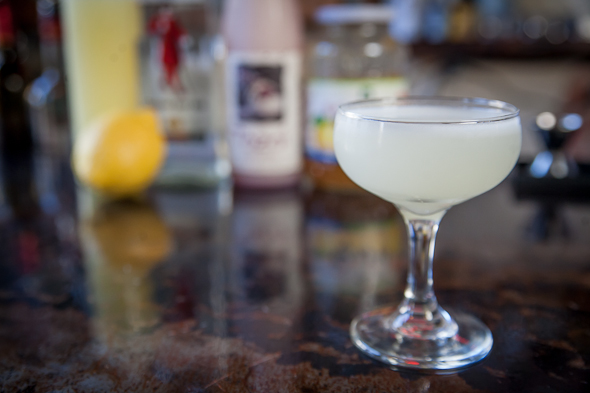 Read up on how to make other cocktails from Toronto's best bartenders via our cocktails Pinterest board.