Public school will be just wrapping up for the summer, so what better reason than to take a little Field Trip courtesy of Arts & Crafts! Field Trip is their upcoming music/food extravaganza that will feature top bands from their roster (Feist, Broken Social Scene, Zeus, Stars, and then some) along side a fresh crop of tasty and insanely creative artisan foods, curated with assistance from the Toronto Underground Market (TUM).

A couple of weekends ago I was invited to an afternoon of boardroom pitches from local vendors, judged by members of Arts & Crafts like partner, Jeffrey Remedios and Broken Social Scene's Brendan Canning.

"I've been to many music festivals backstage so I'm being catered to in a different way but if you take a look at Harbourfront in the summer you have all the international foods, and I like that stuff so why not bring that concept but with a local farming focus?" Canning told me.

"There's so much waste at rock festivals, so if we can curate something that supports a local farming movement, and when there's a local slaughterhouse literally behind the field then why not, rather than having people wolfing down hot dogs and pizza from Pizza Pizza. They do fine on their own."

Along with 30 or so TUM vendors, you will also see food truck vendors like Caplansky's, Buster's Sea Cove, Stuft, and Blue Donkey (more info on these can be found via our new food truck app and the Toronto Food Trucks website). Aside from tasty bites, Amsterdam Brewery has even concocted a very special Field Trip brew.

Here's a taste and feel of what's to come. 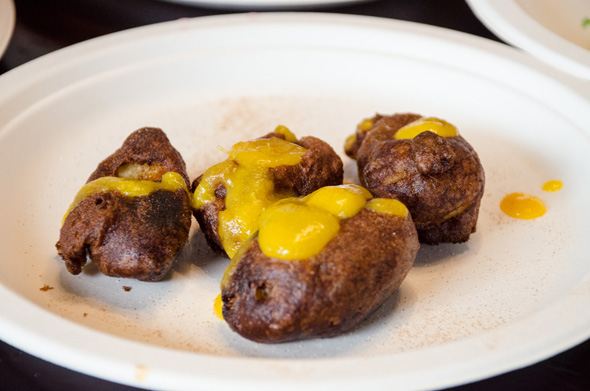 I know it's a sin to start with dessert but these just have to be mentioned first. The Backyard Kitchen will be serving deep fried beer batter banana fritters, delicately crispy on the outside, but melt in your mouth creamy in the inside with a sweet vanilla undertone. By far the best fritter of any type my taste buds have commingled. Definitely a must try. They're also offering a sweet and juicy pulled pork sandwich containing different textures of meat, dosed with hoisin sauce. For vegetarians, they've got a tangy and garlicky beet sandwich guaranteed to keep you safe from creeps and vampires with just one bite. 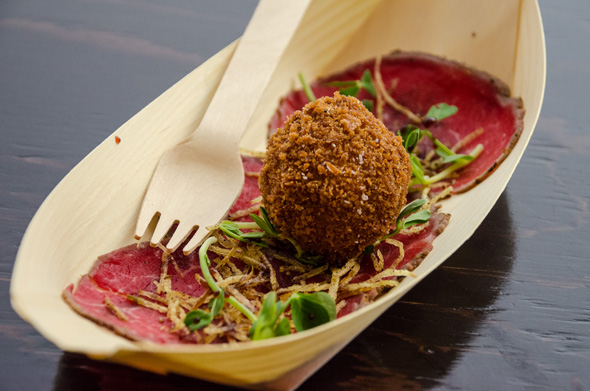 Timeless Food presented a steak Bordelaise which consists of a delicate beef Carpaccio, shoestring frites, croquette made from white bean puree, roasted shallots and "more bone marrow fat than is good for the average human." It was a delicious contrast of flavours and elements. Crunchy, soft, chewy, sweet and salty. Easily the best fries you'll ever scarf down at a music festival. 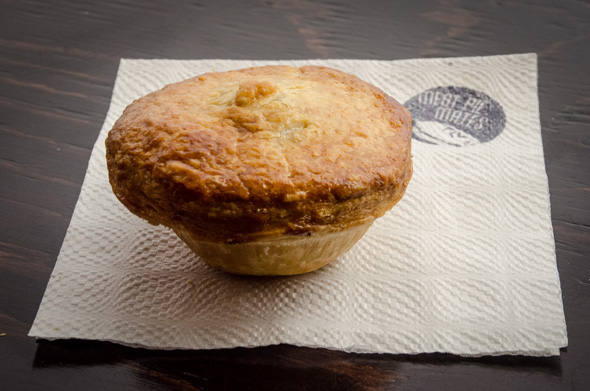 Meat Pie Mates. A classic staple in Australian footy and rugger matches, Erynn Mayes has made it her mission to bring the meals-to-go meat pies to America. The chunky, crusty pucks come filled with traditional beef, butter chicken, and a veg option of zucchini and Boursin cheese filling. "An instant second wind," approved Canning. 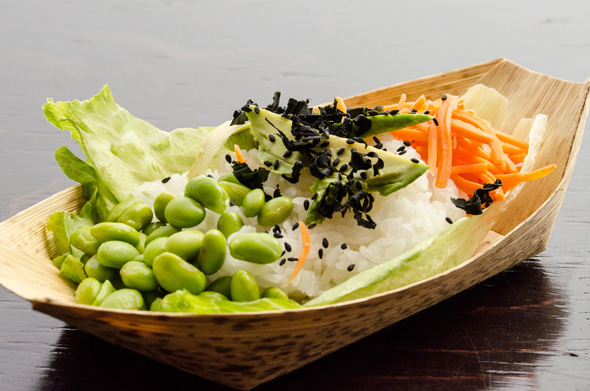 The Animal Liberation Kitchen, a vegan operation that clearly aims to emancipate our furry friends, created a Chirashi vegan sushi bowl with delicately vinagered rice, edamame, avocado and carrots on a lettuce leaf bowl. Simple yet surprisingly delicious. Also available will be a slurpable Greek cold gazpacho, peppered with chunks of disintegrating feta cheese and olives, in a tomato slurry. It's tasty, refreshing and will cool down your body temp so you can get back to the party. 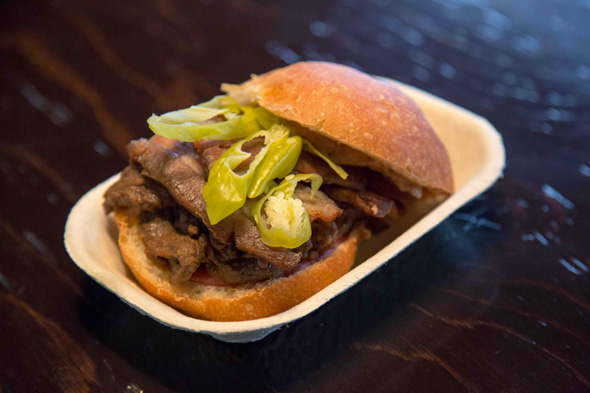 Bricks and Mortar will be offering a tantalizing array of holdable dishes like flank steak and bacon sandwiches, the bacon on bacon slider, sriracha popcorn and duck quesadillas. 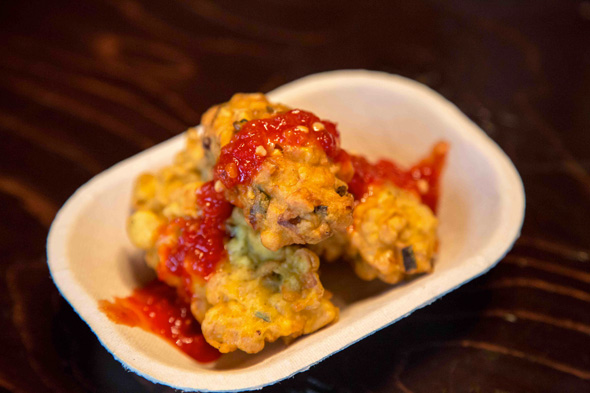 Babi & Co. is another must try for those who haven't made it over to Indonesia, the Asian archipelago, peanut-sauce obsessed country. They'll be offering their signature Babi on a Bun of sweet braised pork belly on a brioche-like bun, Mie Kuah Kacang, which are thick chewy yellow noodles in a rich peanut sauce with veggies and tofu.

Taking the cake, quite literally, for most creative yet practical kiddy snack was Paleo Bread's gluten-free (wheat, rice, corn and rice free too since we're at it) banana bread. Moist and heavy, there's some good fuel to keep you swaying to the music. 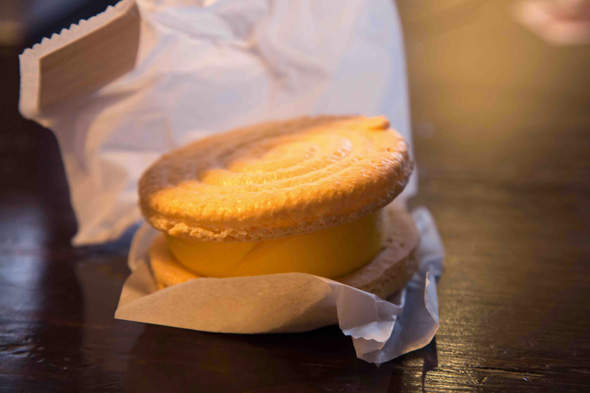