It might be hard to believe right now that winter will end and you'll be craving a cold drink on a hot day. For some of us that means a cold coffee. The Neapolitan shakerato is an espresso with a bit of sugar poured over ice and given a frothy top after a quick James Bond in a martini shaker. There was a craze for the shakerato in Europe a few years ago, and they've ended up as a standard on bar menus over there, though they're rarely spotted this side of the Atlantic. 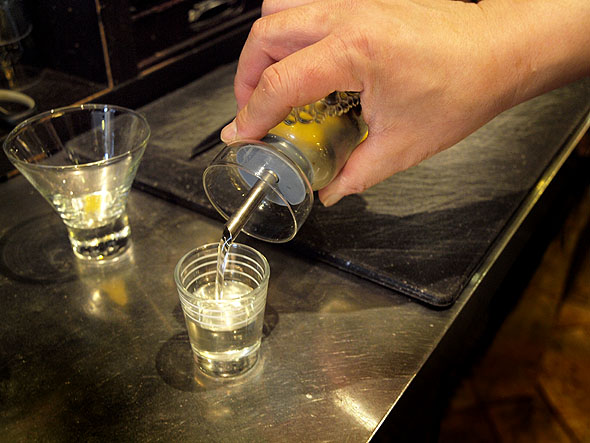 CONCEPT
Kirby Azuma of Noir Coffee & Tea on St. Clair West thought he needed to give a bit more depth to the Shakerato, and adopted another trademark of espresso bars in Italy - the bit of lemon peel that comes on the side of an espresso in Rome. He also thought that a simple sugar syrup might not be enough, so he threw in a handful of star anise to steep, hoping for a drink that would live up to Noir's motto: Luxury in every cup. 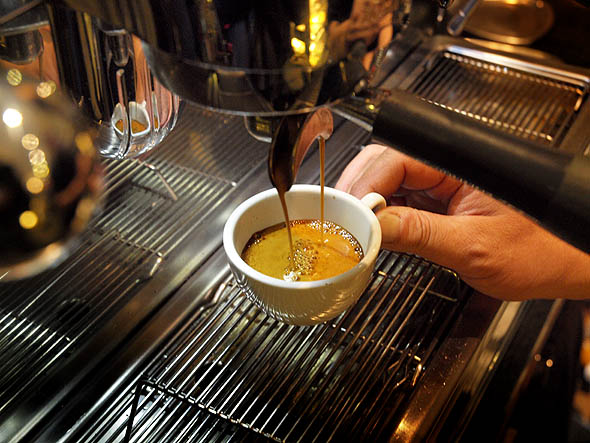 EXECUTION
Azuma shaves a bit of peel off a lemon and gives it a twist to release the essential oils before dropping it into the bottom of a short cocktail glass. He pours out a scant ounce of the anise syrup, and then fills a shaker with ice before pulling a two ounce espresso shot from the very lovely machine at the bar in Noir.

The shot and the syrup both go into the shaker, which he give a brisk bit of muscle to for about fifteen seconds and decants into the cocktail glass. The espresso settles at the bottom while a thick layer of froth separates into the top half, where a few big bubbles quickly pop, leaving a surface that resembles a coffee custard. 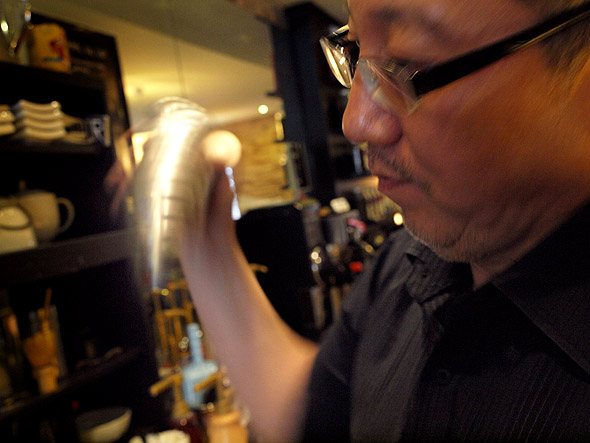 VALUE
Azuma says that the drink's appeal falls on the near side of a divide that separates espresso drinkers from people who like tall lattes - people who essentially prefer milk to coffee. His staff loved it, and they sell a good number in the summer, though not always as the post-lunch/mid-afternoon pick-me-up that describes the drink in Italy.

It helps that Noir serves a really decent espresso, which is neatly infused with the lemon peel. The anise, on the other hand, is a bit harder to pick out, at least until you finish the espresso and get to the froth, which has a much bigger mouthful of the star anise and its liquorice. I drink it down to the last bit of froth, then shudder as I hear the hail tapping against the window outside Noir. Summer can't come soon enough.