How to fight breast cancer with cocktails

A week after the Toronto final of the MadeWithLove cocktail competition (which drew angry accusations of bias and profiteering from the wonderful commenters on this fair website), popular Kensington bar Cold Tea, in conjunction with neighbouring delicatessen Thomas Lavers, hosted its own competition, with a somewhat more altruistic motive: to raise as much money as possible for the Canadian Breast Cancer Foundation. All bartenders worked for free, and donated 100% of their tips to the charity. 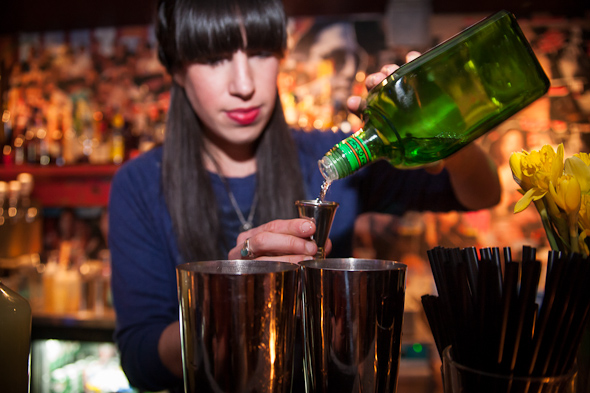 Matt LaRochelle, the venue's co-owner, explained: 'almost everyone has someone close that has been affected by it (breast cancer). We thought if we could get a bunch of industry people together and throw a huge party, maybe it could make a little difference.' After raising over $3000, Matt plans to make the event an annual affair. 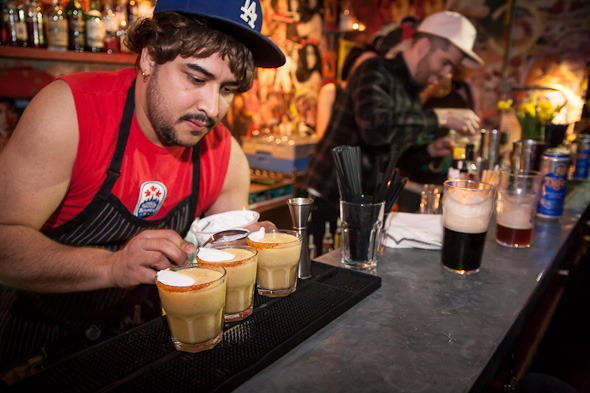 With initial round pairings of famed Toronto mixologists, chefs (Top Chef Canada participants Dustin Gallagher and Steve Gonzalez faced off in the first round), and colleagues old and new (including bartenders from new Ossington hangout Oddseoul, and the ever-popular 416 Snack Bar), cocktails were presented to a judge's panel comprised of Robin Kaufman of Toronto Temperance Society, Cold Tea's own Sarah Parniak, and Dr. Andrew Toplack. 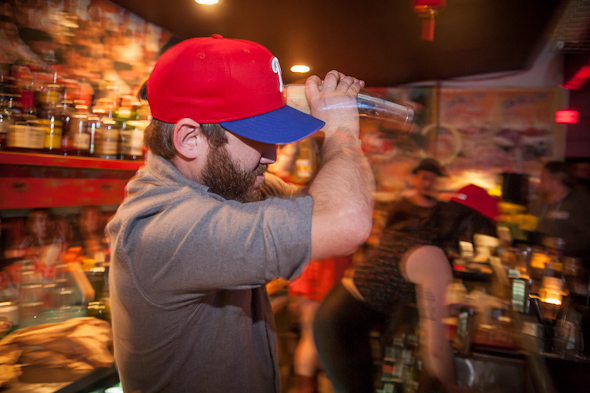 During the six rounds of fierce contest, Cold Tea got down to doing what it does best, hosting a packed house of party-goers, with Negronis being necked alongside tallboys of Labatt 50. A selection of DJs kept the party atmosphere up, until a winner was eventually declared: Matt Turenne, of Mr. Pong's, with the Alfred E. Newman. 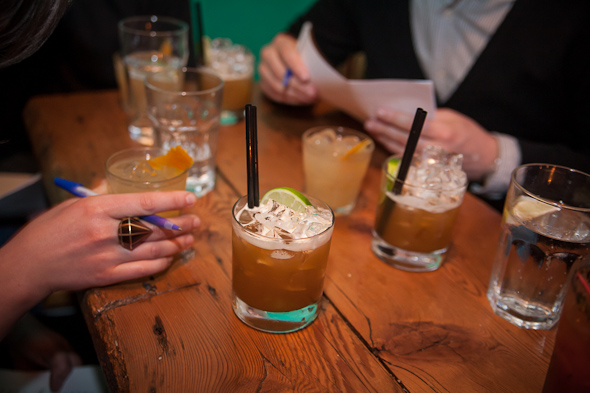 Round 6: 'The Veterans'
Megan Jones vs. Aja Sax

With so many of Toronto's cocktail industry coming together for one cause, and so many revellers coming out to enjoy a great night, let's hope that this represents the beginning of a trend. 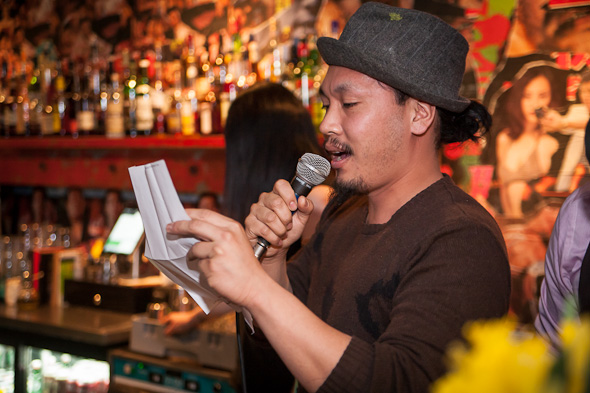 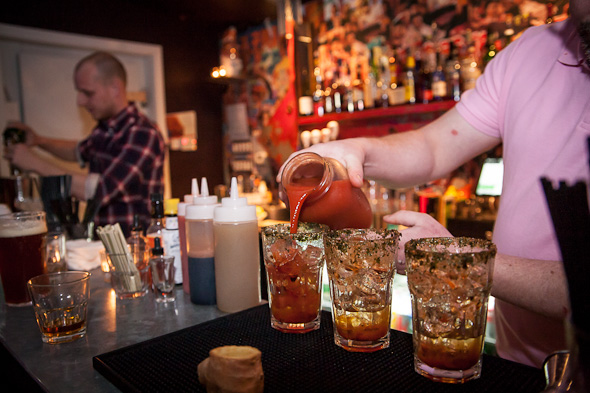 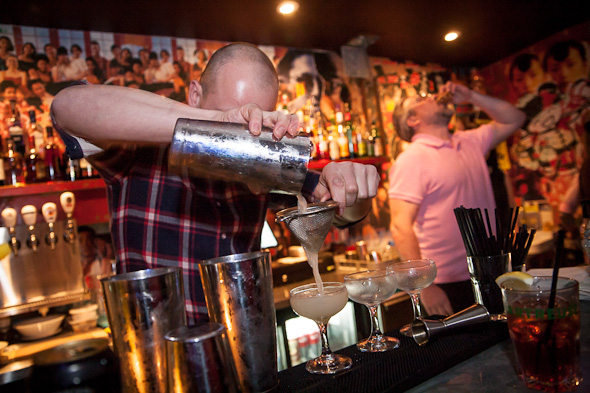 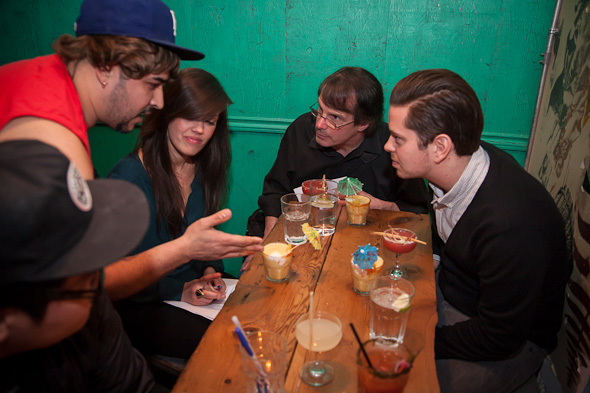 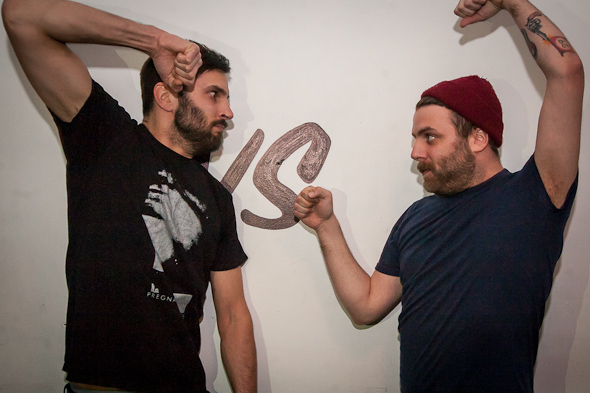 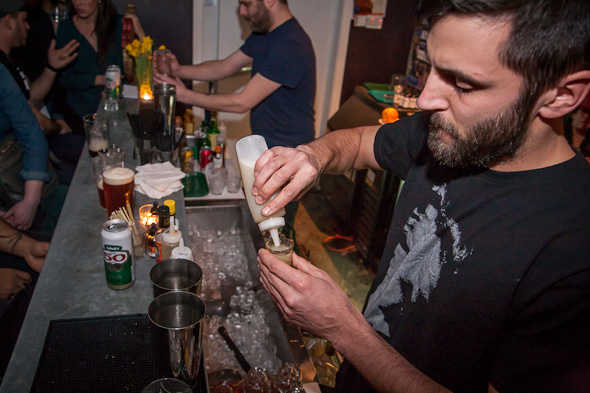 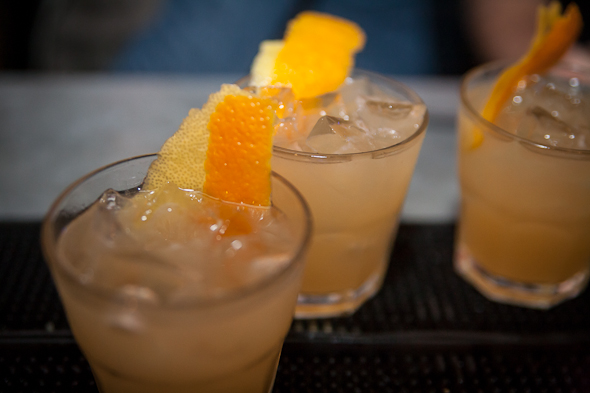 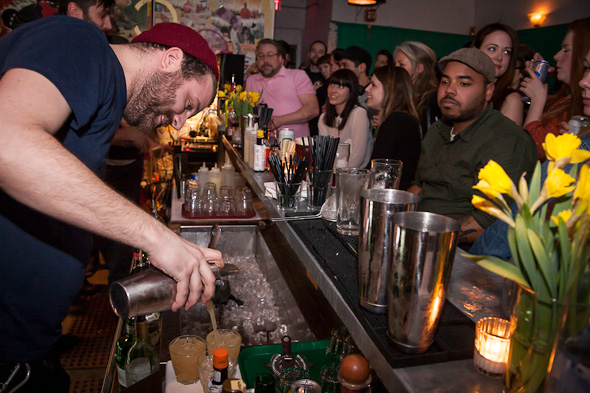 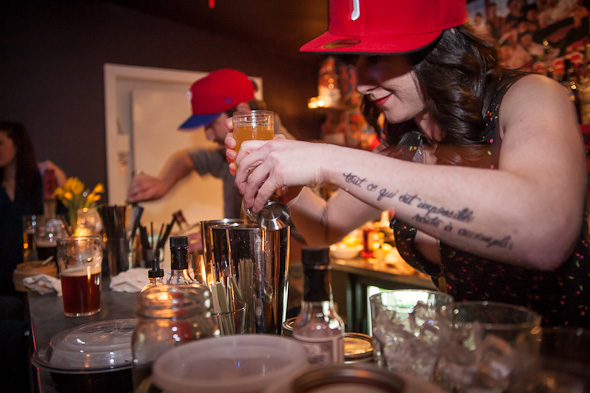 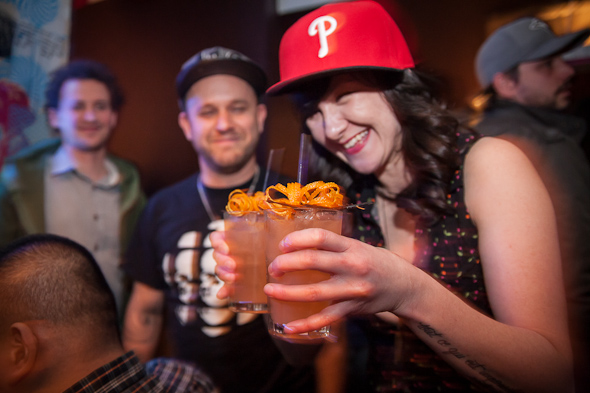 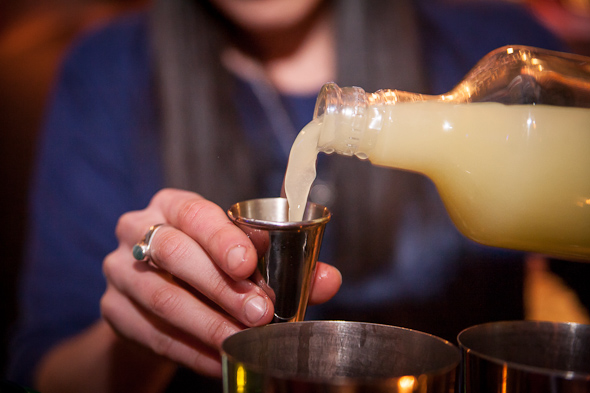 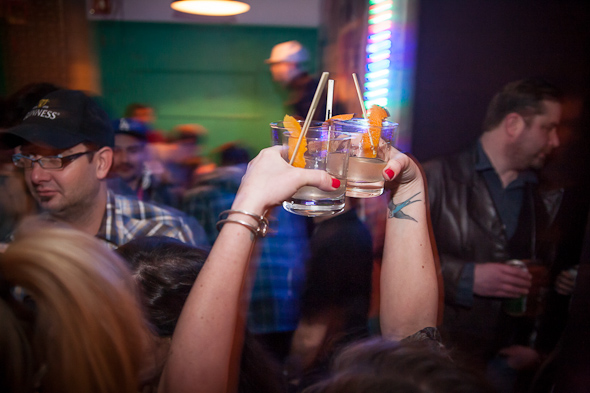