After two years brewing beer at other people's facilities, the brewing company behind Augusta Ale and Baldwin FishEYE PA has announced plans to open their own neighbourhood brewery. Yes, Kensington Brewing Company is officially coming to Kensington Market in more than just name.

The brewery, which will be located at 299 Augusta Avenue (the space formerly occupied by the Electric Theatre and perhaps better known as "that building with the big alien face on it"), is actually just part of a larger development that will also feature office space and apartments. It's always been part of the plan for company owner Brock Shepherd that his beer would be brewed in Kensington Market, and so when he caught wind of a well-suited development just down the road from his unofficial headquarters, Burger Bar (now sold), it seemed fortuitous. "There was a plan in place for this property before we were involved," he told me via e-mail, "but it will be a very unique space."

Because the space is set to be redone by his future landlord, Shepherd's been able to work the specs for a brewery into the development's plans, a prospect that can be daunting and expensive when retrofitting an existing building or scouting for the right location in the first place. 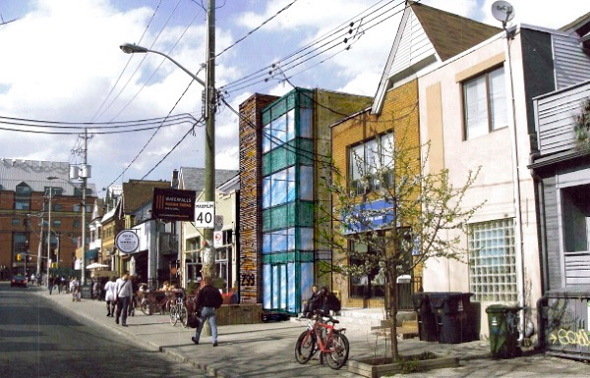 "The main floor will have a large section cut out, allowing the fermenting tanks in the basement to come through the floor maximizing the size of tanks that will be in the space," he explains. And while he's certain the brewery will be a draw to the city's beer drinkers, he's unequivocal in his beer-focused intentions for the space: "This is a brewery with a bar, not a brewpub," he says. "We will have some food and it will be made specifically for us from merchants right here in the Market, but it's not going to be a restaurant."

Shepherd's beer is currently being brewed at the Wellington Brewery in Guelph and before that it was being brewed under the watchful eye of Paul Dickey at Black Oak Brewery's facilities in Etobicoke. Shepherd is a lot of things, but one thing he's always made clear: he's not a brewer. He knows what he likes and can offer guidance, but he's not an experienced brewer. Instead, since Kensington Brewing Company's inception, he's entrusted the mash paddle to the hands of experts, a trend that will continue when he finally gets his bricks-and-mortar brewery as KBCo beers will be brewed under the guidance of David Lee, who brings to the table four years of experience working at Mill Street.

Along with Lee, Shepherd's staff will grow to include a full time sales person and his total staff will swell to five people, up from just Shepherd and his "right hand man" employee Michael Gurr who's been working with Kensington Brewing Company for over a year.

Given that KBCo is no longer contract brewing, they'll also enjoy increased capacity; upping their brewhouse size to 15 hectolitres, double what they have been working with in Guelph. There's also potential, and space, to add additional tanks in the future.

It'll be interesting to see public reaction to the news that Kensington will be getting its own brewery. On the one hand, it's hard to argue with locally made, brewery fresh beer, but on the other hand, Kensington Market is known for a rather fierce and unique strain of NIMBYism. Shepherd though, is optimistic. "I hope the neighbourhood will embrace us rather than resist us," he says. "Who doesn't like beer?" 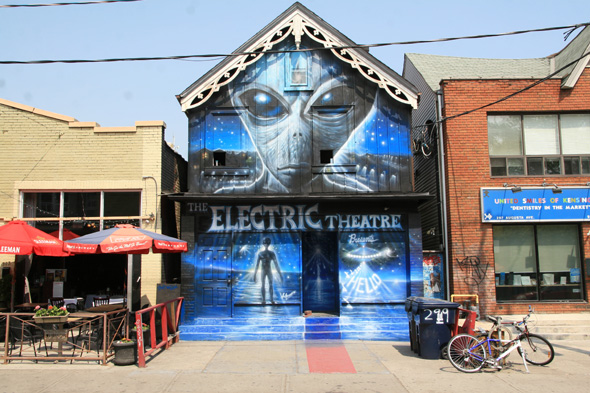 He's realistic though, notably in light of recent reaction to news of a potential Loblaws nearby followed closely by the news that high rents might force out Casa Acoreana , that the brewery might meet some resistance. "Some people just don't like change," he says. "But I've been a part of this community for almost ten years, and Burger Bar was part of the positive change that occurred at the top end of the Market, which 10 years ago was pretty sketchy and desolate."

He hopes that the prospect of beer made locally with a nod to the Market's history and culture will be a welcomed addition to the neighbourhood that his brewery has already been calling home unofficially for a few years. "Who better to be a marquee business for the area, but a brewery?" he says. "We really will contribute to the Market. The brewery will be a draw to people from all around and that's sure to help other businesses and we're also going to add foot traffic later at night," he says, alluding to the brewery's late closing for retail sales, "and that will make the streets a bit safer."

Onsite retail sales, which for now include plans to incorporate Augusta Ale, the-soon-to-launch-in-LCBOs FishEye PA and their seasonal Watermelon Wheat, will be a big part of the new brewery's business. You can also expect a variety beer series that could include saisons, session brews, and more unique offerings. "We will have our flagship brands in cans as well as 650ml bottles of unique one-offs and growlers of whatever's on tap," Shepherd says, noting he's happy to be bringing extended retail hours to the city's beer drinkers. "Holiday Monday beer anyone?"

As with any development that requires extensive renovating and permits, it's probably safe to assume a few delays before the dust settles, but Shepherd has his fingers crossed that by the Fall of 2013 he'll finally get his beer brewing in its namesake neighbourhood.