How to make a cocktail: the Trip Flip

The Flip is one of the oldest mixed drinks to be prepared in North America, made famous in New England in the 1600's. It was one of the most popular drinks of colonial times, and the ceremony behind its preparation was intense: 3 eggs were beaten with brown sugar into a froth (this mixture was often aged for up to 2 days) before brandy and rum were added, along with a signature blend of spices, depending on the bar. Nutmeg, cinnamon, ginger, pumpkin, and lemon peel were the most common.

Everything was added to a pewter mug filled a third of the way with a warm ale before a red hot loggerhead poker that was heated over an open flame was placed into the glass. This caused the drink to hiss and boil in spectacular fashion before developing a frothy head. The sugars would then caramelize, making the whole bar smell of the sweet spiced drink. 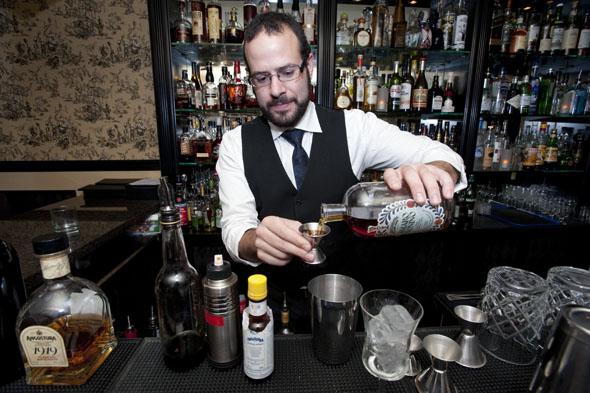 With the general availability of red-hot loggerhead pokers in the modern bar being somewhat limited, the Flip has evolved since then into what it is today, a shaken cocktail consisting of a spirit, a whole egg (or just the yolk), sugar (or a sugar based syrup) and a spice, nutmeg and cinnamon being the most popular. Even the beer has been removed from the equation. In reality, the flips of today are not much different from a freshly-made eggnog, but don't require the same level of prep work. 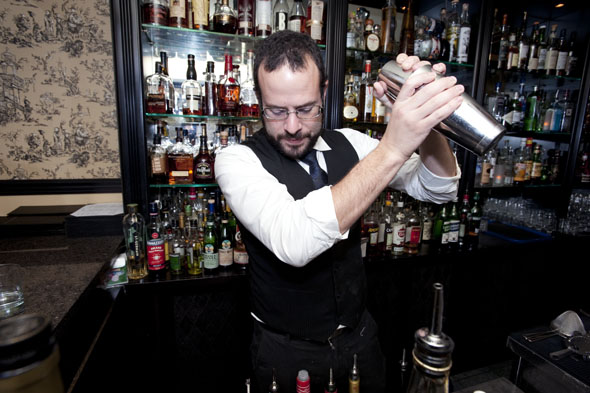 Oliver Stern of Toronto Temperance Society was challenged one night to produce a flip with sherry, an ingredient he hadn't spent much time exploring in his years behind the stick. Searching through old recipes, he took inspiration from a classic: the Coffee Flip (oddly enough, this doesn't actually contain any coffee), and was so pleased with the result, he decided to enter it into Canada's heat for The Angostura Bitters Global Cocktail Challenge: he won. This weekend, he'll be travelling to Trinidad, and representing the country against 10 other outstanding bartenders from around the globe in the world final. 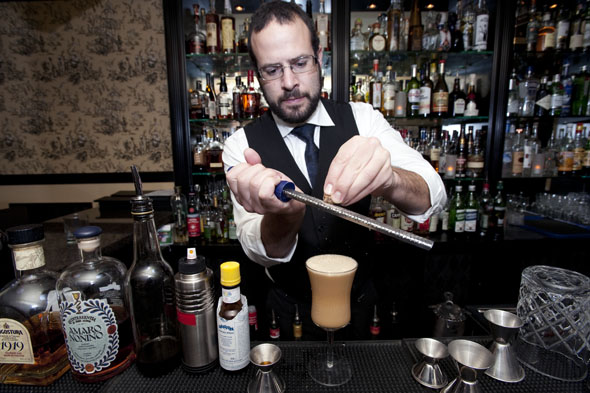 Oliver starts out with ten dashes of Angostura Bitters in a mixing glass, before cracking in a whole egg. An ounce each of Angostura 1919 rum and Amaro Nonino follow, with a quarter ounce each of Pedro Ximenez sherry and a cardamom-infused demerara syrup. The mix is dry-shaken for 20 seconds to incorporate the egg, then shaken again with ice. The resultant mix is fine-strained into a large cordial glass, and dusted with freshly-grated nutmeg.

Invoking the spirit of the hot poker, Oliver's final touch is dramatic. A mist of vodka and Angostura Bitters is sprayed over the top of the drink and promptly ignited to bring out the aromatic qualities of both the nutmeg and the bitters. I don't know what the scientific explanation is, but fire made it good. 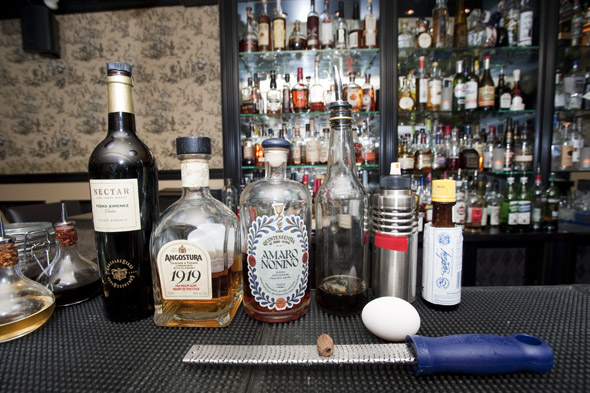 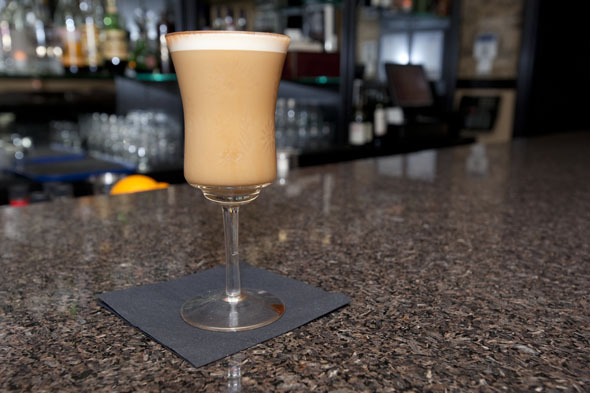